Under 40 Horsepower Tractors — This category continued to grow with the U.S. general economy and is 2.7% ahead of our original forecast. 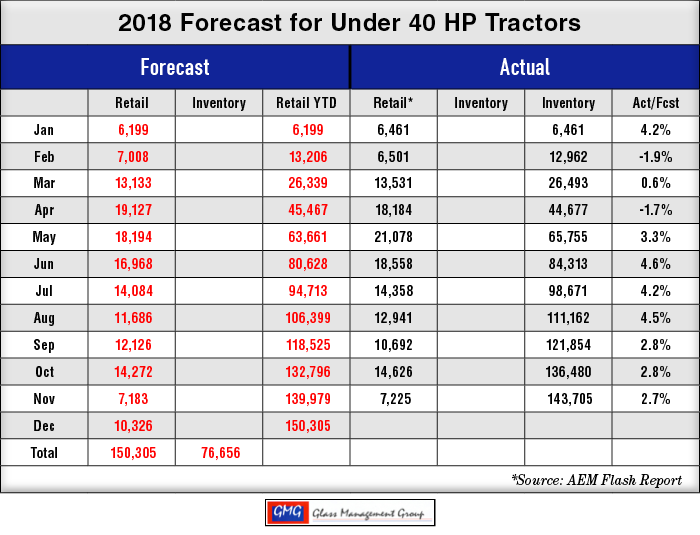 40 to 99 Horsepower Tractors — The category came in just 32 units below our monthly forecast and the year-to-date total sits at 4.9% ahead of our forecast. 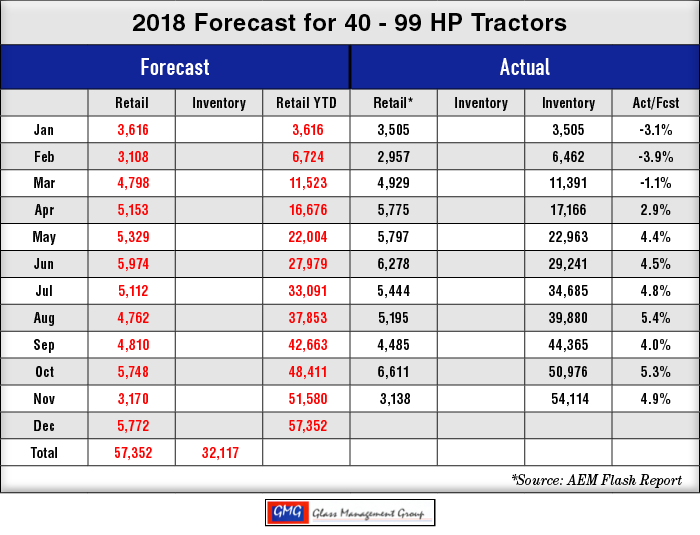 100 + Horsepower Tractors — This class of tractors came in just 11 units ahead of our monthly forecast and currently stands at 6.1% ahead of our year-to-date forecast. 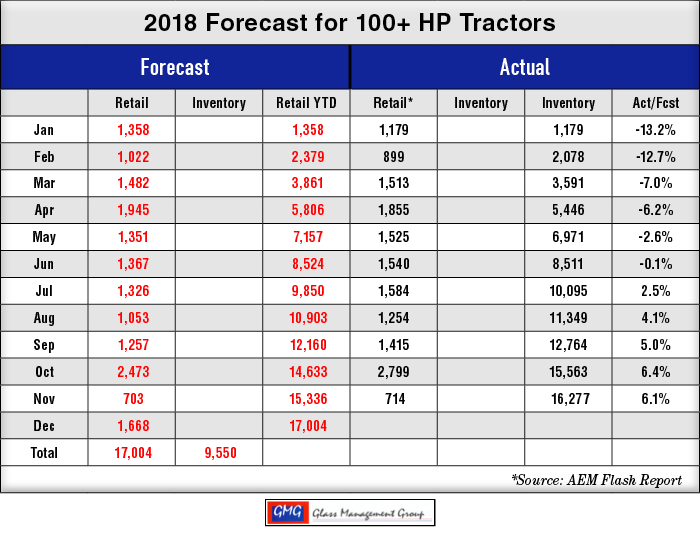 4WD Tractors — Retail sales for this class of tractors was 43 units above our monthly forecast and is 14.3% ahead of our year-to-date forecast. 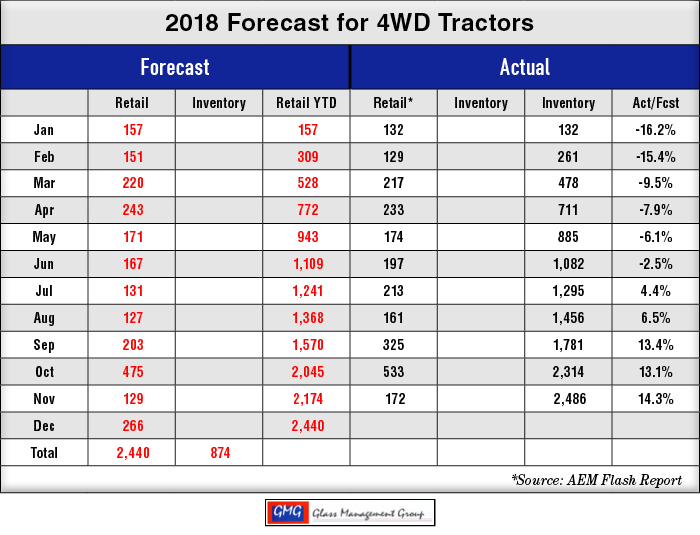 Combines — Combine retail sales was 37 units above our monthly forecast and continued the strong performance with the year-to-date numbers 2.6% ahead of our forecast. 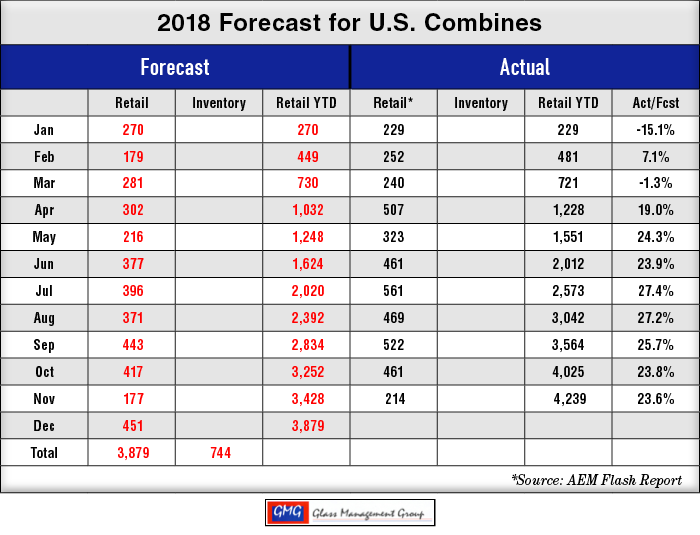 Are Tariff Troubles Coming to an End?

The G-20 meetings in Argentina produced hope that the trade conflict between the U.S. and China is heading toward a resolution. The positive that emerged was that China came forward with a list of specific items to be discussed and those items had been the topics of recent meetings of the lower level negotiators of recent weeks. There is mounting evidence that the current tariffs imposed by the U.S. are producing a large negative impact on the Chinese economy.

The announcement that China would begin “immediate” purchases of U.S. produced soybean and other products brought with it the feeling that the end was in sight. China has had a reputation of making promises but failing to fulfill them in previous negotiations and there remains the question of their real intent.

India has been quietly negotiating with the U.S. for both purchases of agricultural products produced domestically and sale of their beef products into the U.S. markets.  While China is certainly a large market, the Indian markets could be just as lucrative for U.S. agricultural producers. If, in fact, China does reestablish their relationship with U.S. producers, the addition of the Indian market could be a real boon for farmers.

U.S. export of grains has historically represented about 25-30% of the U.S. production and as that falls off, profitability for U.S. producer withers.

Even before these positive events were announced, it had been determined that the intent of purchasers of farm equipment in the U.S. still remained strong. The rate at which production equipment, such as tractors and combines, is replaced has remained somewhat constant for the past several years. The increase in the number of leased units delivered to farms and ranches across the country in the recent past indicated the need for replacement of those units either by another leased unit or with one that had been purchased by the end user.

What Does This Mean for 2019 Tractor and Combine Sales?

Even with the black cloud of uncertainty hanging over future commodity prices and the resulting net farm income levels, there appears to be solid demand for farm equipment in the coming year. The U.S. remains the strongest agricultural economy in the world and the strength of the U.S. general economy has provided a firm foundation to support the optimistic views of farmers and ranchers across the country.

Our 2019 Tractor & Combine Forecast depicts those gains across the various horsepower categories with continued solid growth in the under 40 horsepower category fueled by the strong general economic conditions, a growing job market and increasing wages for those jobs. The higher horsepower tractors and combines will grow at a slightly slower rate but 2019 should be a positive year for these units, also.

The U.S. harvest for 2018 is almost entirely in the bin and prices on the commodity exchanges have been disappointing for many producers even though prices normally move to their lowest levels during this time of the year.

2018 is shaping up to be a surprisingly good year in terms of tractors and combines sales in the U.S. and is pointing toward another good year for 2019. No matter how disconcerting the current tariff situations appear at this time, the strong U.S. general economy is providing a solid footing for the future.

There is genuine concern about the relationship between China and Brazil at this time but the political climate in Brazil is a rather large question mark at this time. Argentina is battling both a huge political headwind and a major meteorological problem that has put their agricultural economy into a tailspin that most likely will not be resolved in 2019.

With new customers for our agricultural products coming into view in 2019 and the prospects of real progress in the dispute with China, there is reason to be optimistic about U.S. agriculture in the near future.