Agricultural credit conditions continued to improve throughout the U.S. according to Federal Reserve Surveys of Agricultural Credit Conditions. Farm loan repayment rates increased from a year ago at a pace similar to the prior quarter in all Districts (Chart 1, left panel). In addition to easing credit stress, loan demand was less than a year ago in all regions and marked about a year of softening for most Districts (Chart 1, right panel). 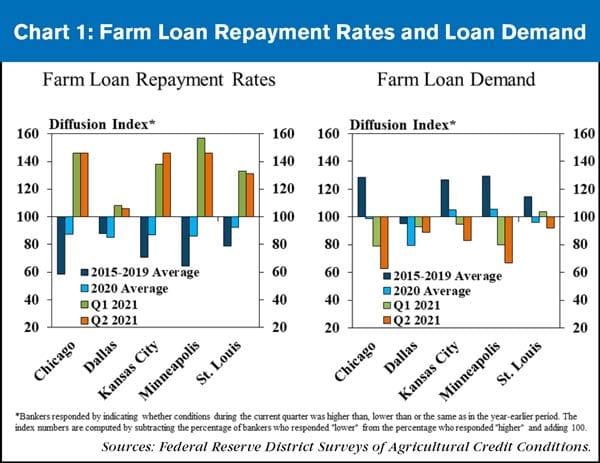 The swift turn-around in agricultural credit conditions continued to be supported by stronger farm income. Similar to last quarter, farm income increased substantially from a year ago throughout all participating Districts (Chart 2). In the Kansas City, Minneapolis and St. Louis Districts, the majority of bankers reported that income was higher than the same time a year ago and less than 10% reported incomes were lower. 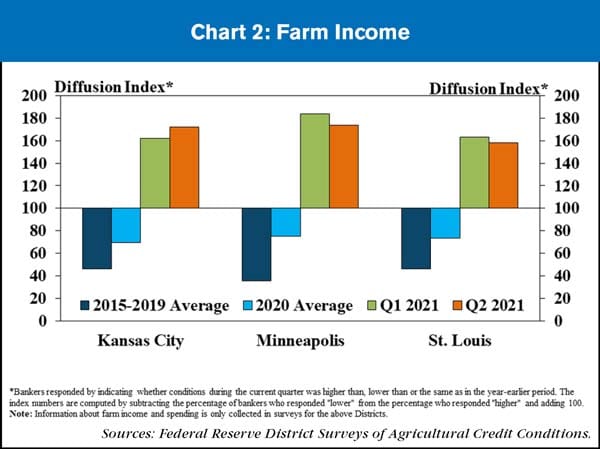 In addition to stronger farm income and credit conditions, average interest rates also declined further. The average rate on all types of loans across all participating Districts decreased slightly from the previous quarter and remained at historic lows (Chart 3). Compared with the beginning of 2019, average fixed and variable rates on all loan types were about 150 basis points and 160 basis points lower, respectively. 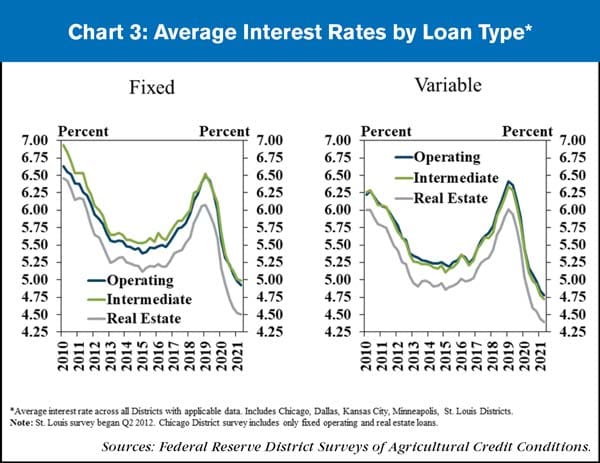 The slight decline in interest rates from the previous quarter was largely consistent across all regions. The average fixed rate on both operating and farm real estate loans reached new all-time lows in every District except Dallas (Chart 4). On average, rates for farm operating and real estate loans in the second quarter were about 90 basis points and 100 basis points below the average from 2015 to 2019, respectively. 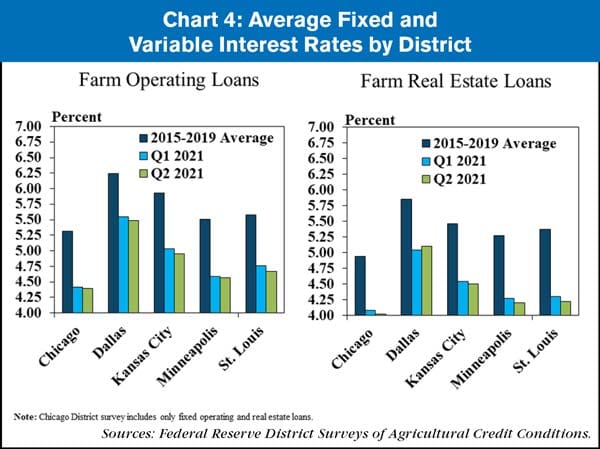 The notable improvement in farm finances and historically low interest rates supported strong gains in farmland values. The value of nonirrigated cropland rose by at least 10% in nearly all states in the participating Districts (Map). The increase from a year ago was largest in South Dakota, Minnesota, and Iowa and smallest in North Dakota and the Mountain States. 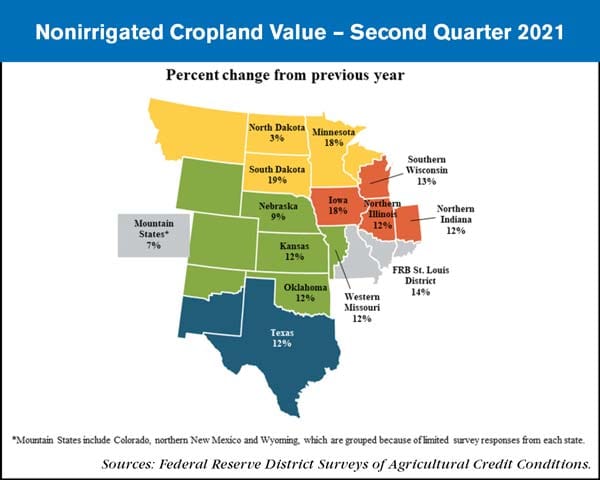