Bankers responding to the second quarter survey reported overall weaker conditions across most regions of the Eleventh District. They noted that dry conditions are putting a strain on agricultural production despite some rainfall in late May.

In addition, survey participants noted that commodity prices remain low, including beef prices. “Although beef prices are sky high at the supermarket, little of that increase has found its way to the producer, who still struggles with increased input costs and uncertainty in the weather,” a survey participant said.

Demand for agricultural loans continued to decline, with the loan demand index registering its 19th quarter in negative territory. Loan renewals or extensions increased while the rate of loan repayment continued to decline. Loan volume fell across all major categories compared with a year ago (Figure 1). 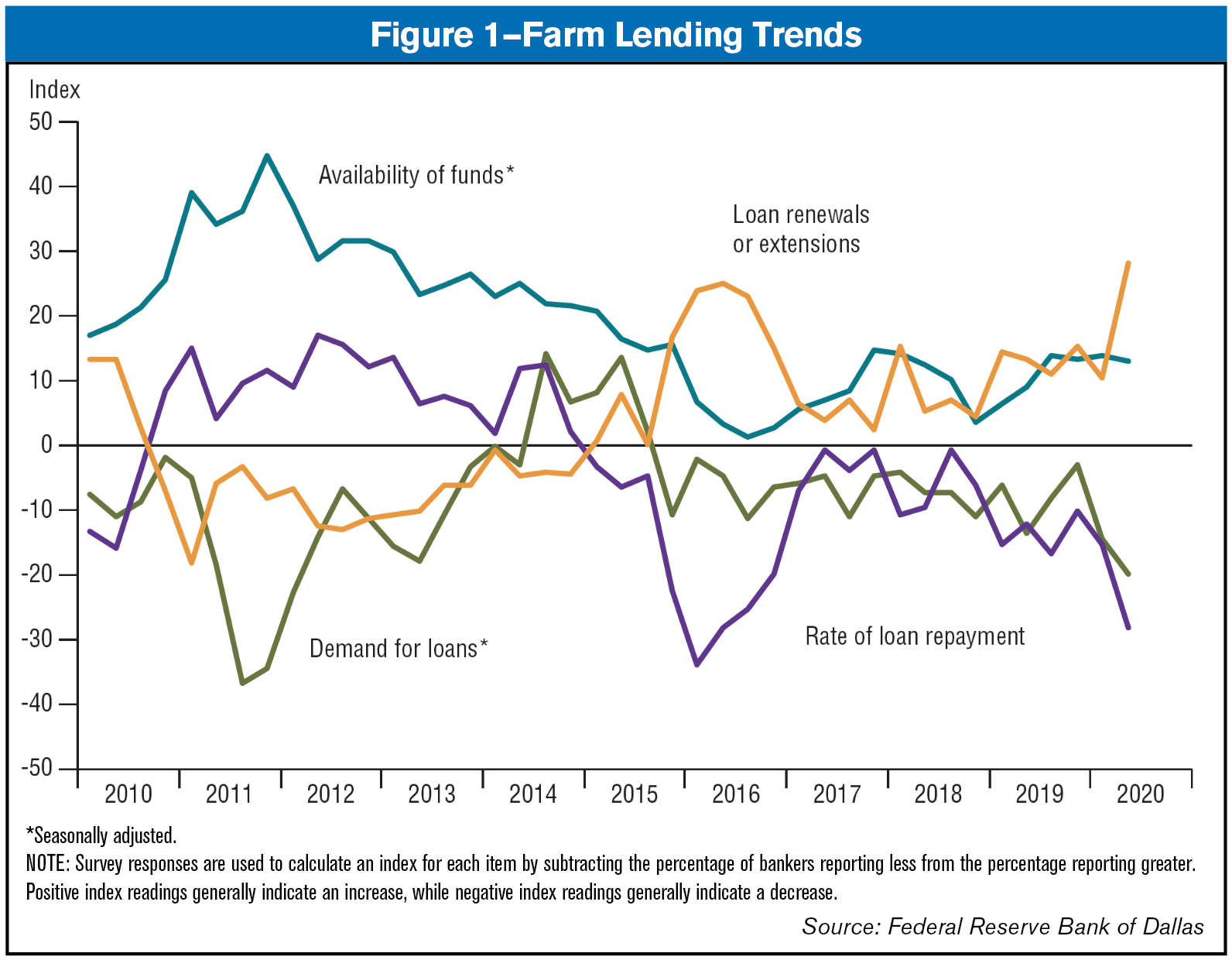 Irrigated and ranchland values increased this quarter, while dryland values were flat (Figure 2).

According to bankers who responded in both this quarter and second quarter 2019, nominal dry and irrigated cropland and ranchland values increased year over year in Texas and southern New Mexico (Table 1). 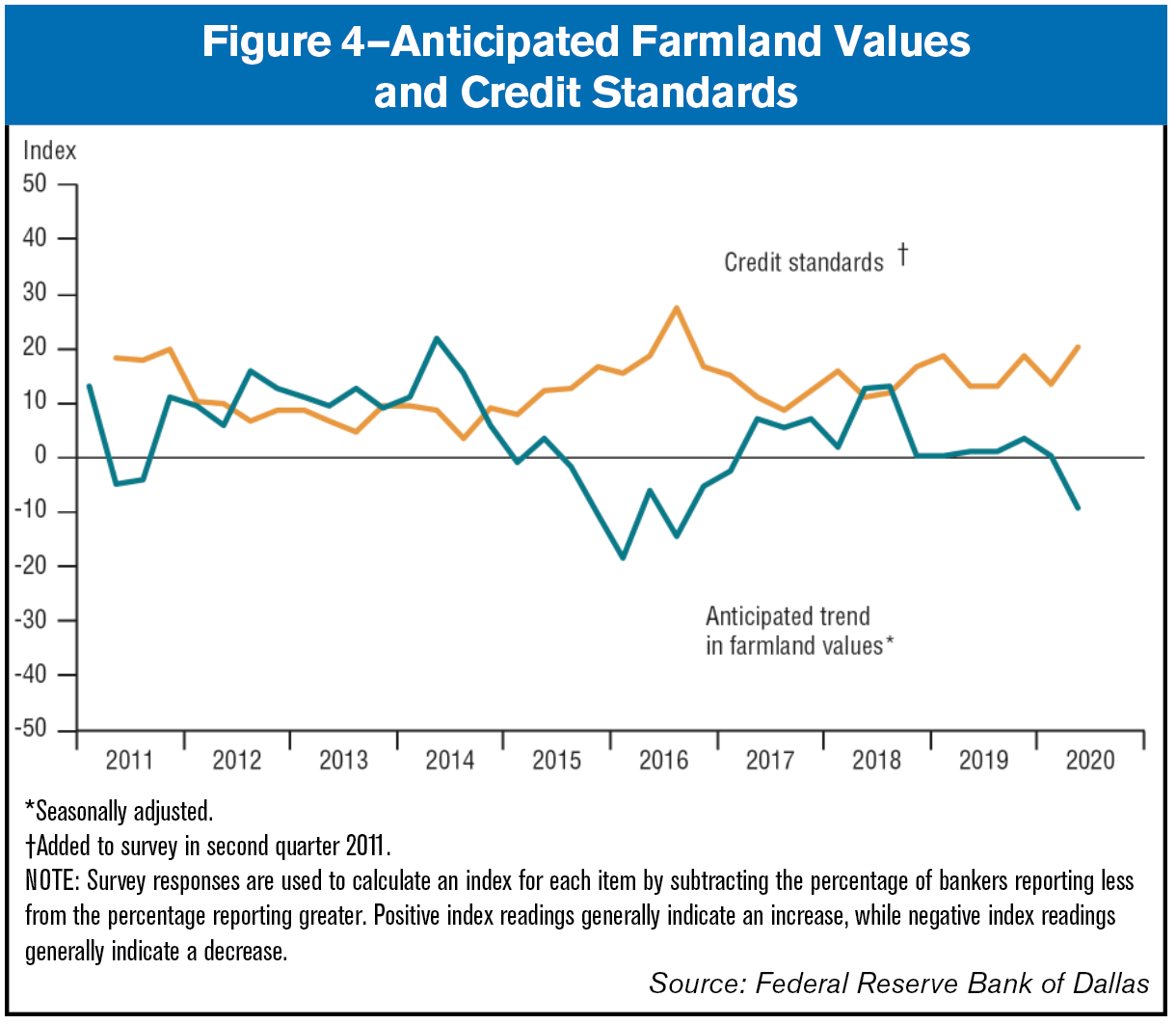