The Equipment Leasing & Finance Foundation has released the February 2020 Monthly Confidence Index for the Equipment Finance Industry (MCI-EFI). Designed to collect leadership data, the index reports a qualitative assessment of both the prevailing business conditions and expectations for the future as reported by key executives from the $900 billion equipment finance sector. Overall, confidence in the equipment finance market in February is 58.7, easing but steady with the January index of 59.9.

When asked about the outlook for the future, MCI-EFI survey respondent Adam Warner, president, Key Equipment Finance, said, “Thankfully, the economy seems to have ignored the political wrangling in Washington. We are hopeful, both personally and professionally, that the coronavirus can be effectively managed globally.” 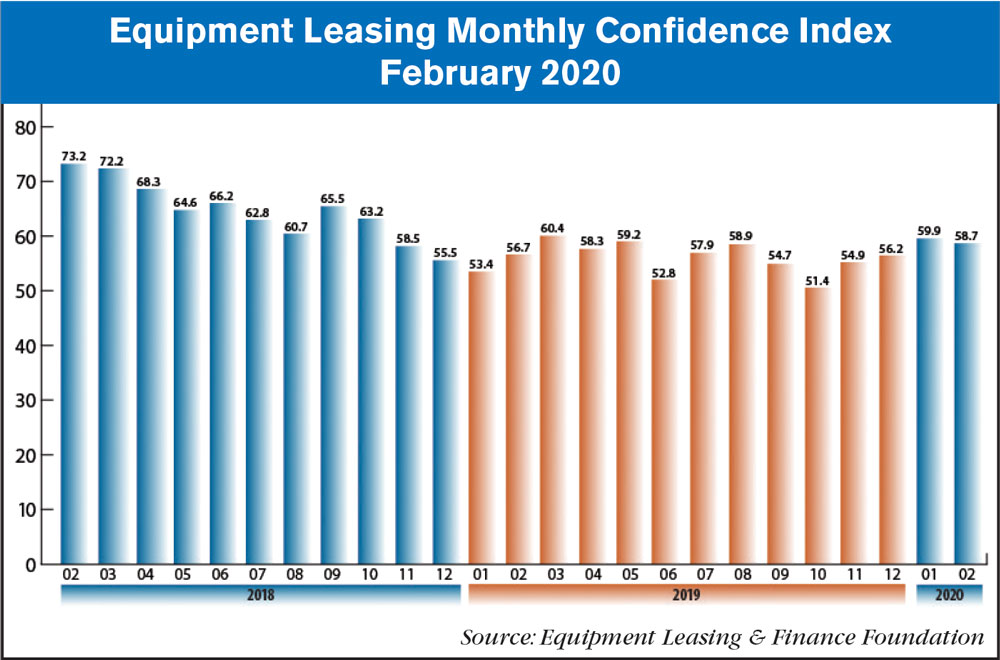 “Low commodity and trade tariff headwinds continue to mute large capital investment. We are seeing activity with replacement assets and solar, which we expect to continue throughout the year.” Michael Romanowski, president, Farm Credit Leasing