Washington, DC – The Equipment Leasing & Finance Foundation (the Foundation) released the June 2019 Monthly Confidence Index for the Equipment Finance Industry (MCI-EFI) last week. Designed to collect leadership data, the index reports a qualitative assessment of both the prevailing business conditions and expectations for the future as reported by key executives from the $1 trillion equipment finance sector. Overall, confidence in the equipment finance market was 52.8, easing from the May index of 59.2.

When asked about the outlook for the future, MCI-EFI survey respondent Quentin Cote, CLFP, President, Mintaka Financial, LLC, said, “As unemployment is at record lows and employees are hard to come by, companies will rely more on capital equipment to support business growth and productivity growth from the employees they have. My concern is primarily the trade wars, and their impact on the prices of goods. This will eventually weaken the purchasing power of consumers and small businesses.” 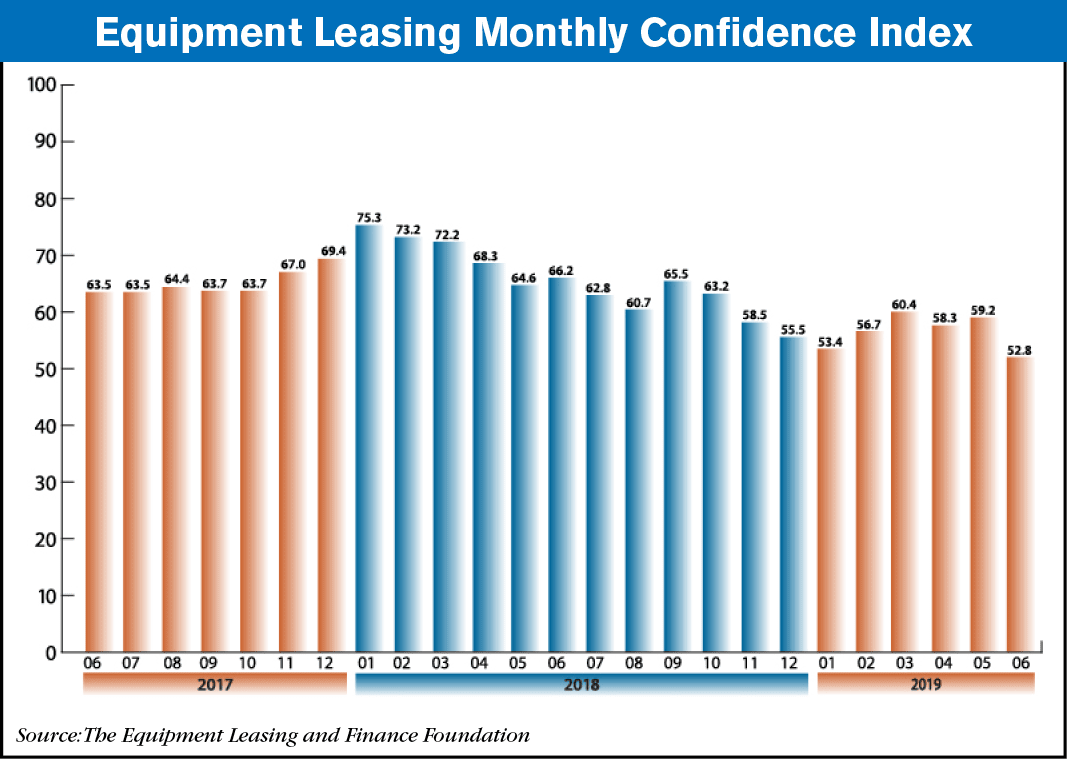 Bank, Small Ticket
“We are optimistic about earning share of wallet in this very competitive environment while we project that the economy will remain strong and capital investment will continue at solid levels. The polarized political climate will continue and we believe will not have a material effect on the economy.” David Normandin, CLFP, President and CEO, Wintrust Specialty Finance

Bank, Middle Ticket
“Lack of progress on trade tariffs is beginning to spook the market. Customers are only buying what they need to replace and are hesitant to expand.” Michael Romanowski, President, Farm Credit Leasing