The Equipment Leasing & Finance Foundation has released the January 2020 Monthly Confidence Index for the Equipment Finance Industry (MCI-EFI). Designed to collect leadership data, the index reports a qualitative assessment of both the prevailing business conditions and expectations for the future as reported by key executives from the $900 billion equipment finance sector. Overall, confidence in the equipment finance market rose for the third consecutive month to 59.9, an increase from the December index of 56.2.

When asked about the outlook for the future, MCI-EFI survey respondent David Normandin, CLFP, president and CEO, Wintrust Specialty Finance, said, “Demand for leasing in the segments we are involved in has remained strong with huge demand in Q4 2019. Credit quality has remained solid, and pull through has been good. Unemployment remains low and we see small business customers remaining optimistic.” 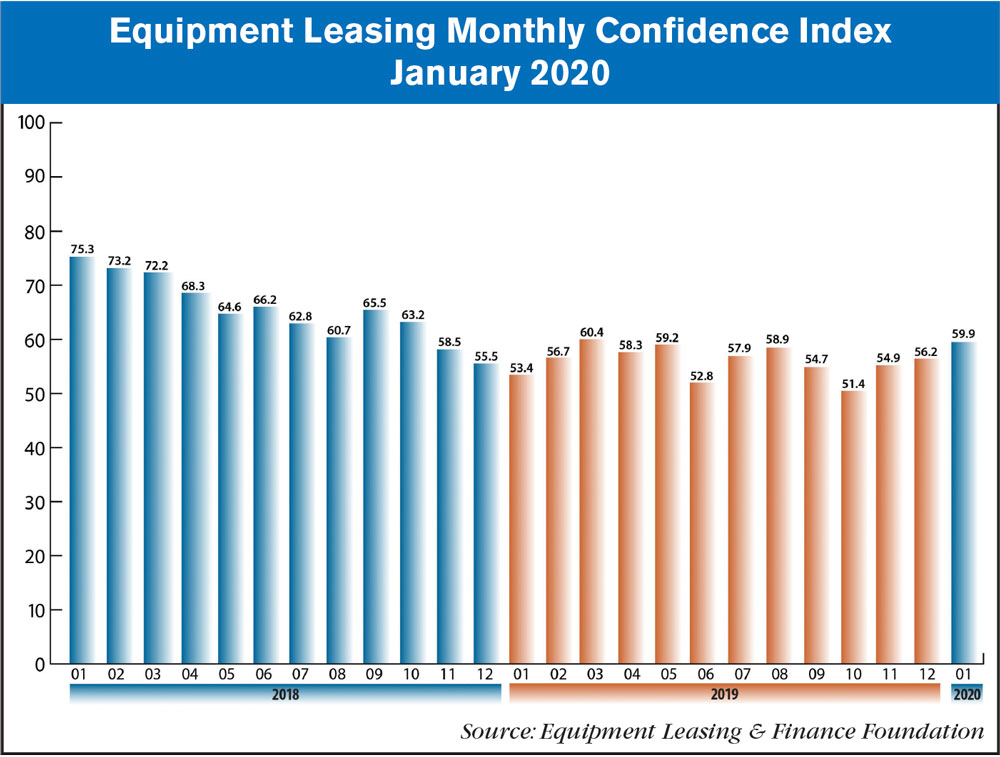 “A strong economy, low interest rates, full employment, and tax and regulatory reform give us optimism in the near term for the equipment finance industry.” Dave Fate, president and CEO, Stonebriar Commercial Finance

“If the trade deal progresses as proclaimed, we may see some thawing in capital expenditures by farmers and agribusiness. Otherwise, the belt-tightening will remain.” Michael Romanowski, president, Farm Credit Leasing