<40 HP Tractors — Shipments to dealers continue to outstrip our forecast, but field inventory levels continue to rise significantly (+5.9% in March alone) resulting in weak retail sales activities. Retail sales did show some spark in March but could not keep pace with the number of units being received at the dealerships.

40-99 HP Tractors — This category continues to track closely with our forecast in shipments, but field inventory levels remain elevated above our original forecast and retail sales have fallen short of the forecast.

100 HP Tractors — Shipments to the dealerships continues to be much below our original forecast but field inventory levels remain with the range of that forecast.Retail sales activity within this category has remained robust during the first quarter of 2016.

4 WD Tractors — Retail sales for this segment has continued to out-pace shipments from the manufacturers and that has resulted in a decline in field inventory each month of the current quarter.

Combines —  Shipments from the manufacturers to dealers have made a wild swing from January to March. January began with shipments being 50% above our forecast for the month and by March shipments were about 10% below our original forecast. Retail sales numbers have declined each month of the quarter, but field inventory remains within the range of our original forecast.

This cry could be heard as it echoed down the halls of the USDA when the National Agricultural Statistic Service (NASS) released their planting intentions report on March 31. Conventional wisdom suggested that lower commodity prices would dampen farmer’s planting plans for the coming year, but the necessity to maintain cashflow that would continue to support their farming operations dictated planting a larger crop to generate that income.

Petroleum prices remained well below last year’s prices and helped to moderate the cost of planting this year’s crops. Land values continued to soften in the Corn Belt states and that resulted in lowered land rent rates for this coming year helping to reduce the overall cost of producing a crop for the 2016-17 marketing year.

The NASS report of March 31 projected corn acreage would reach 93.6 million acres, the first increase since 2012. If realized, it would be the third largest gain since 1944. If the average yield of 155 bushels per acre can be maintained this year, this would result in another near-record crop. It is anticipated that nearly 90 million acres will be harvested this fall.

Cotton acreage is listed as 9.6 million acres and that is an 11% gain over the number of acres planted in 2015.

There is an air of moderate optimism among row-crop farmers as they are making ready to have a good year.

The Kansas City Federal Reserve Bank reported that production farm loans continued to increase across the district but that demand for machinery loans were flat to slightly less than those of 2015. When money gets tight, machinery purchases become the easiest way to reduce spending on the farm.

The May corn contract closed in March at $3.53 per bushel and that is off somewhat from the close in February, but the general feeling is that prices will rebound somewhat at the end of the year.

Soybean prices picked up slightly from the February levels with the May contract closing at $9.20. There has been some good export activity during the month of March and that has moved these prices to the upside.

The U.S. farm economy seems to be indicating that 2016 is going to be a lackluster yea, and that even though the pre-season shipments continue to stream into the dealerships, retail buying is somewhat under expectation so far for this year. As field inventories continue to build in most tractor categories, there is pressure on dealers to move that merchandise as soon as possible. This should translate into a slowdown of replacement orders during the next couple of quarters, but any increase in retail activity could bring another good pre-season order flow for the manufacturers next year.

Our forecast is produced each year in November and will not change during 2016 but we feel that shipment levels will be more in line with the forecast by year-end. 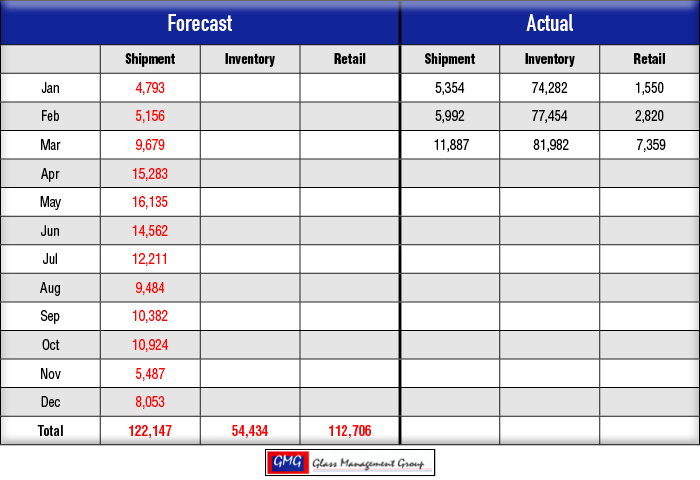 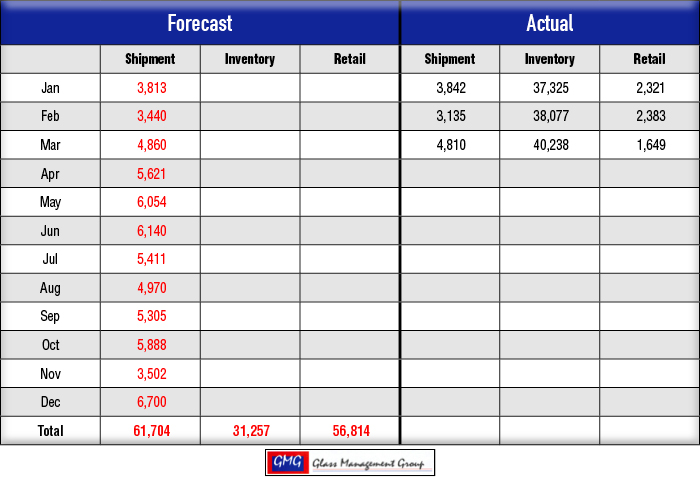 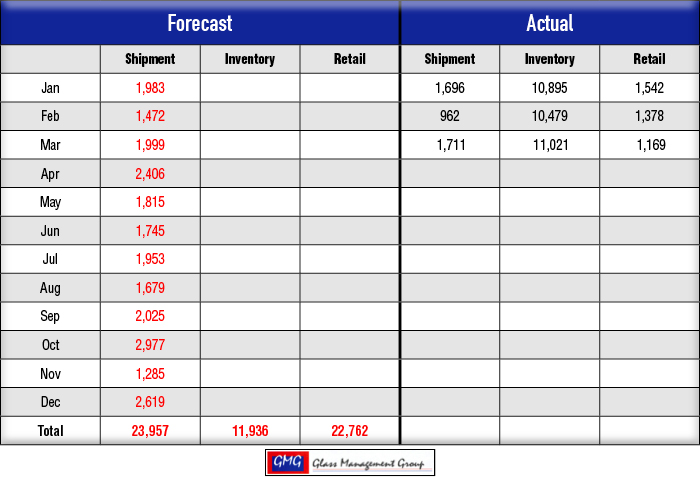 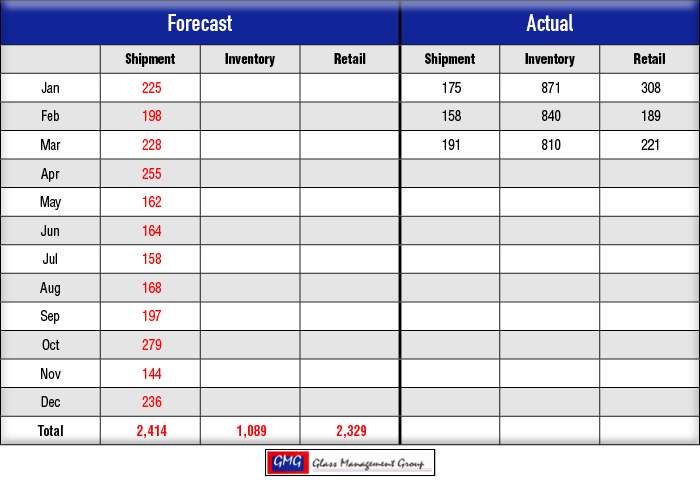 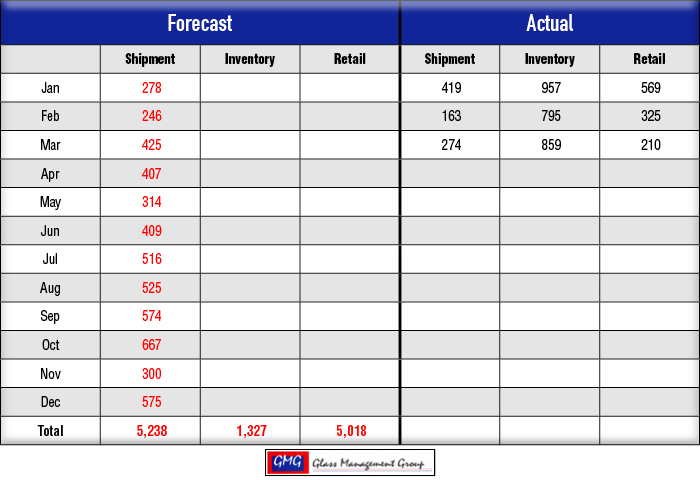