According to the latest update to the Ag Economy Barometer from Purdue/CME Group, the Farm Capital Investment Index hit another record low reading in September at 31, with producers continuing to indicate they do not view this as a “good time” to make large investments in their farming operations 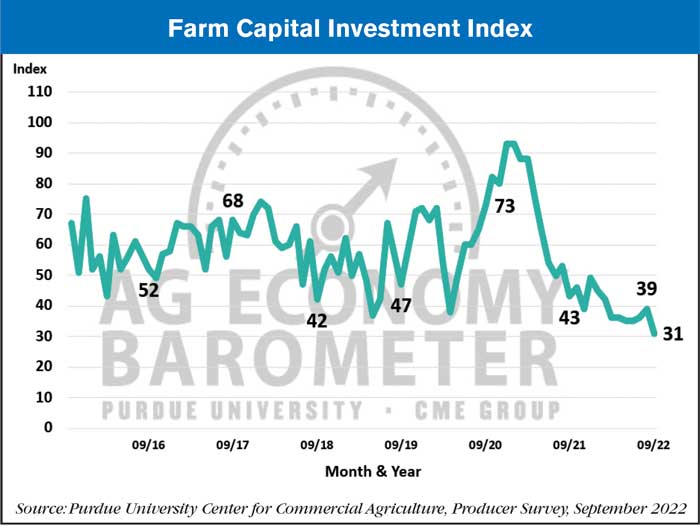 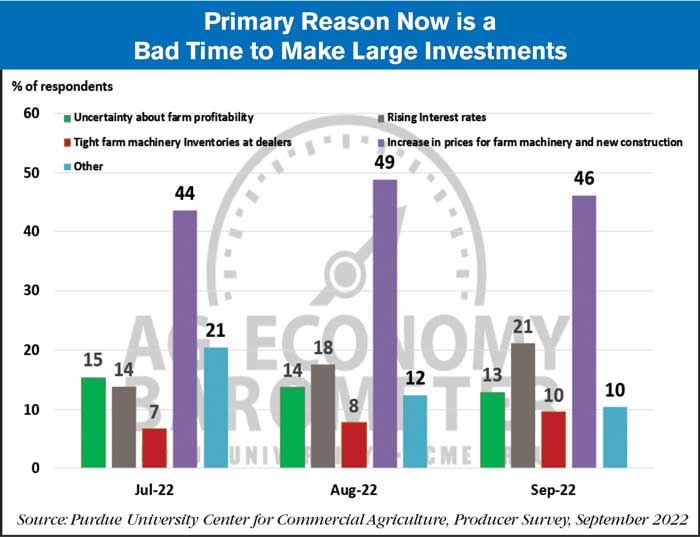 At the same time, however, the percentage of farmers saying they plan to lower their farm machinery purchases plans for the coming year has been declined for 3 months in a row, from 57% in June to 47% in September. 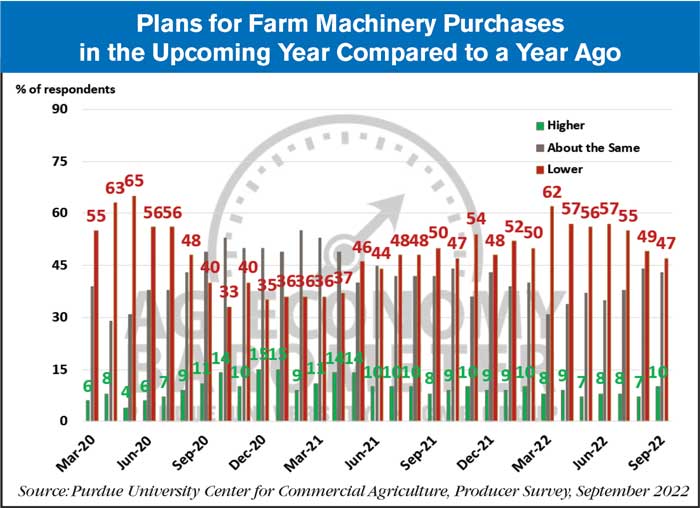 The Ag Economy Barometer index drifted lower to a reading of 112 in September which was 5 points lower than a month earlier. The decline in farmer sentiment was primarily the result of producers’ weaker perception of current conditions as the Current Conditions Index declined to 109, 9 points lower than in August. The Index of Future Expectations also weakened slightly, declining 3 points from a month earlier to a reading of 113. 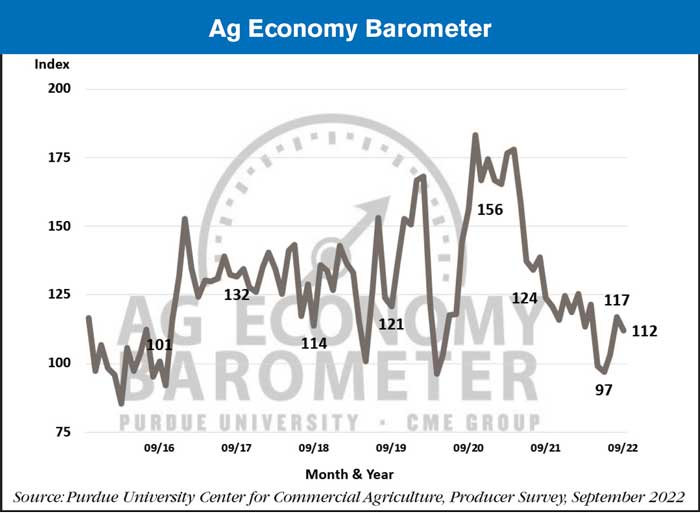 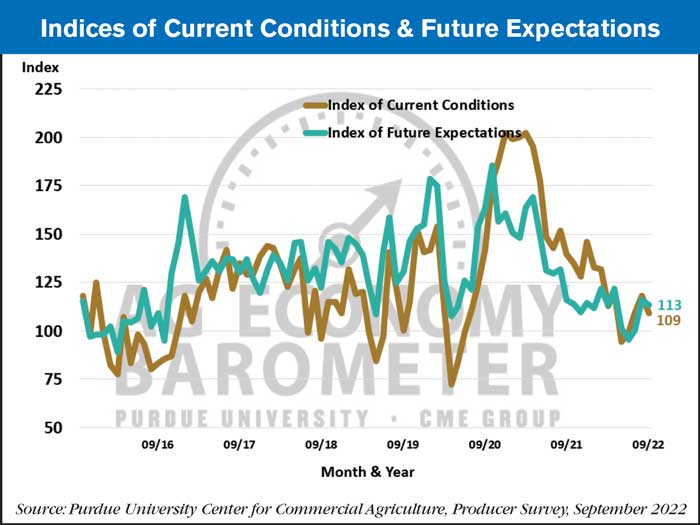