According to the results of the latest Ag Economy Barometer update, the Farm Capital Investment Index dropped to a reading of 36, the lowest reading recorded in the last 6 years. The report stated that, "In a pair of follow-up questions, 62% of respondents said their plans for farm machinery purchases in the upcoming year are lower than a year earlier, which is the most negative response to that question since May 2020. When asked a similar question about farm building and grain bin construction plans, 68% of respondents chose “lower” which was the most negative response received to that question since its first inclusion in a barometer survey in May 2021." 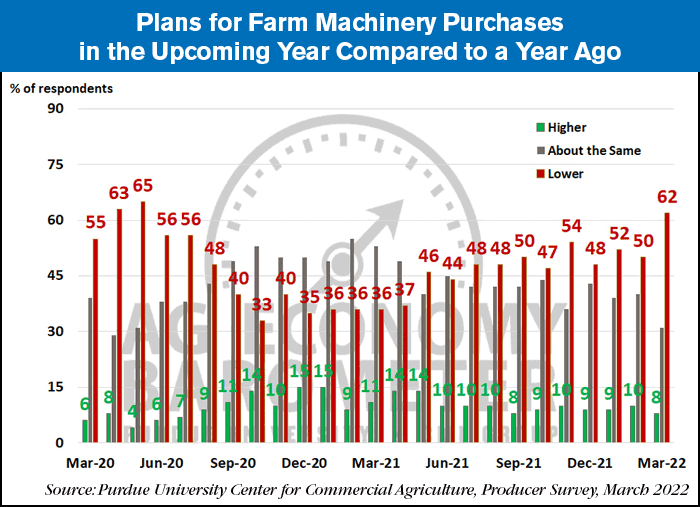 It was reported that 42% of surveyed farmers cited low farm equipment inventories as having an impact on their purchasing plans.

The Ag Economy Barometer itself also fell in the April update to a reading of 113, "the weakest farmer sentiment reading since May 2020 which was in the early days of the pandemic." 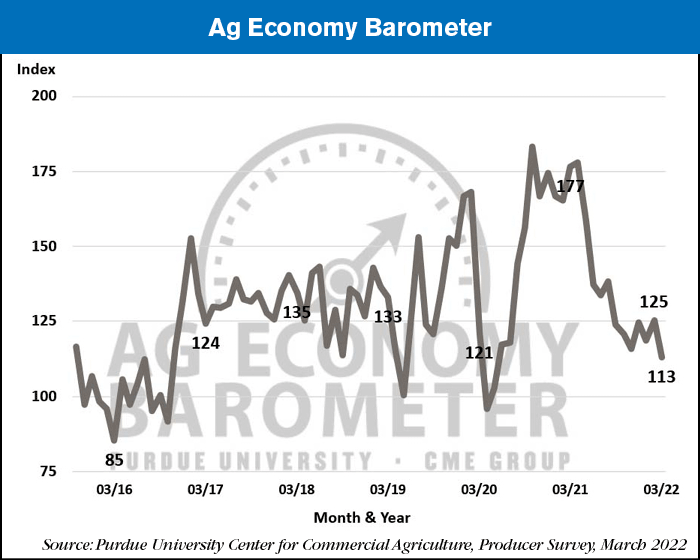