According to the results of the latest Ag Economy Barometer update from Purdue University, the Farm Capital Index showed a reading of 35, the lowest reading in the last 6 years. 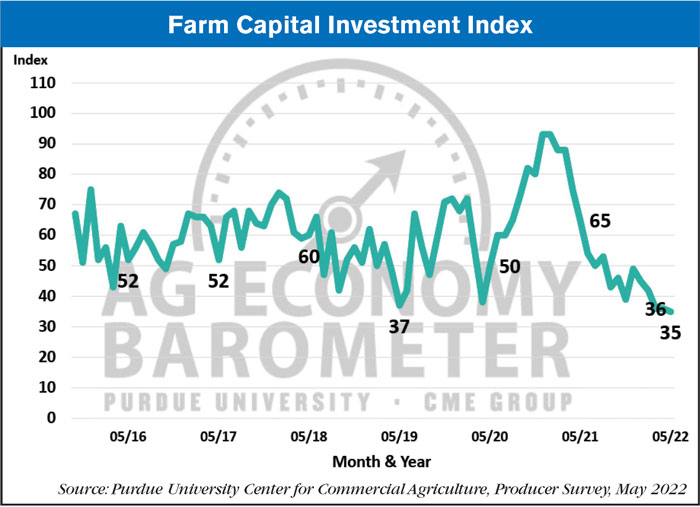 The report stated that in this months' survey, "only 13% of respondents said this is a good time to make large investments in their operation while 78% said they viewed it as a bad time to invest in things like machinery and buildings.

"Half of the producers in this month’s survey said their machinery purchase plans were impacted by low farm machinery inventory levels, up from 41% in the April survey, suggesting that supply chain issues are at least partly responsible for the ongoing weakness in the capital investment index." 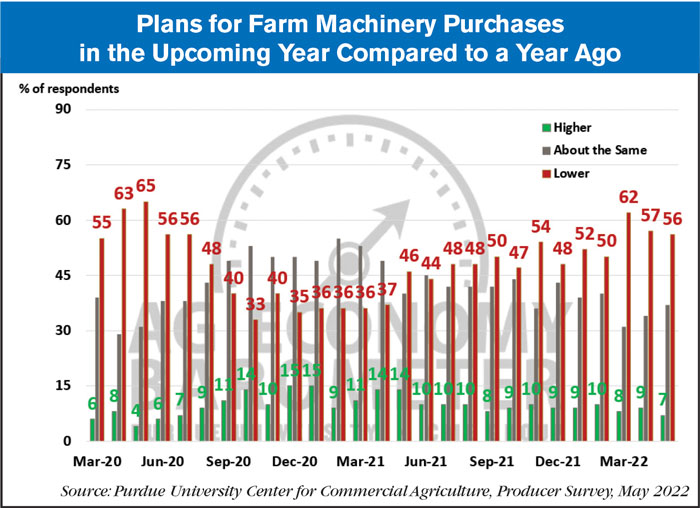 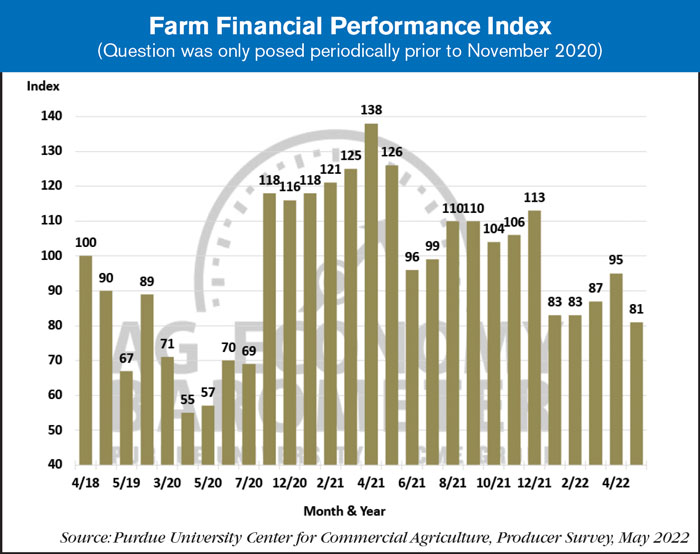 The Farm Financial Performance Index fell to a 2 year low in this month's survey to a reading of 81 vs. 95 in the previous month. The percentage of of farmers expecting their farm's financial performance to worse came in at 38% vs. 29% in last month's survey. 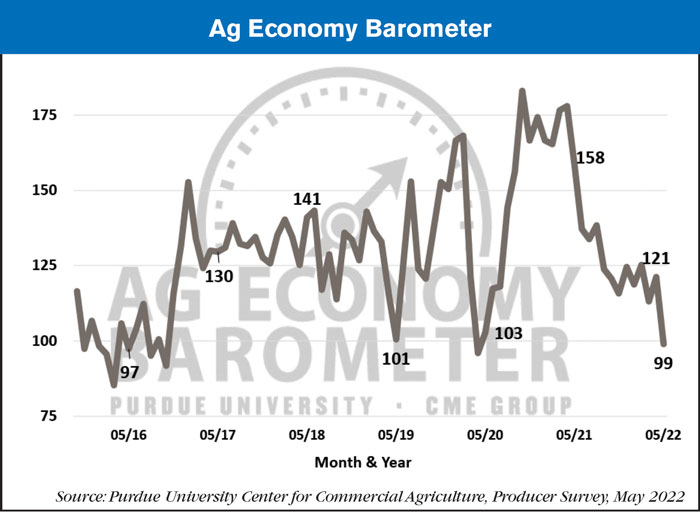 Overall farmer sentiment was down in this month's update, with the Ag Economy Barometer itself dropping to a reading of 99 from 121 in the last update, below April 2020's reading and just the 9th time in the history of the index that readings have dropped below 100.