The latest episode of On the Record is now available! In this week's episode, the latest Dealer Sentiments report shows a net 54% of dealers report their new equipment inventory is too low, the highest since 2011 when we first started gathering this data. In the Technology Corner we take a look at Raven's new Autonomous AutoCart. Also in this episode, Titan Machinery reports 3Q ag revenues were up 3%, Deere's FY20 ag sales were down 6%, and a look at how the election impacted farmer sentiment.

For Bellota, the key to quality in their planting and tillage parts is the perfect balance between hardness and toughness that is attributed to the 8 million product units they produce every year.

Bellota - a growing brand of Agrisolutions.

According to the November Dealer Sentiment & Business Conditions Update, over half of surveyed dealers reported their new equipment inventories “too low” in October. 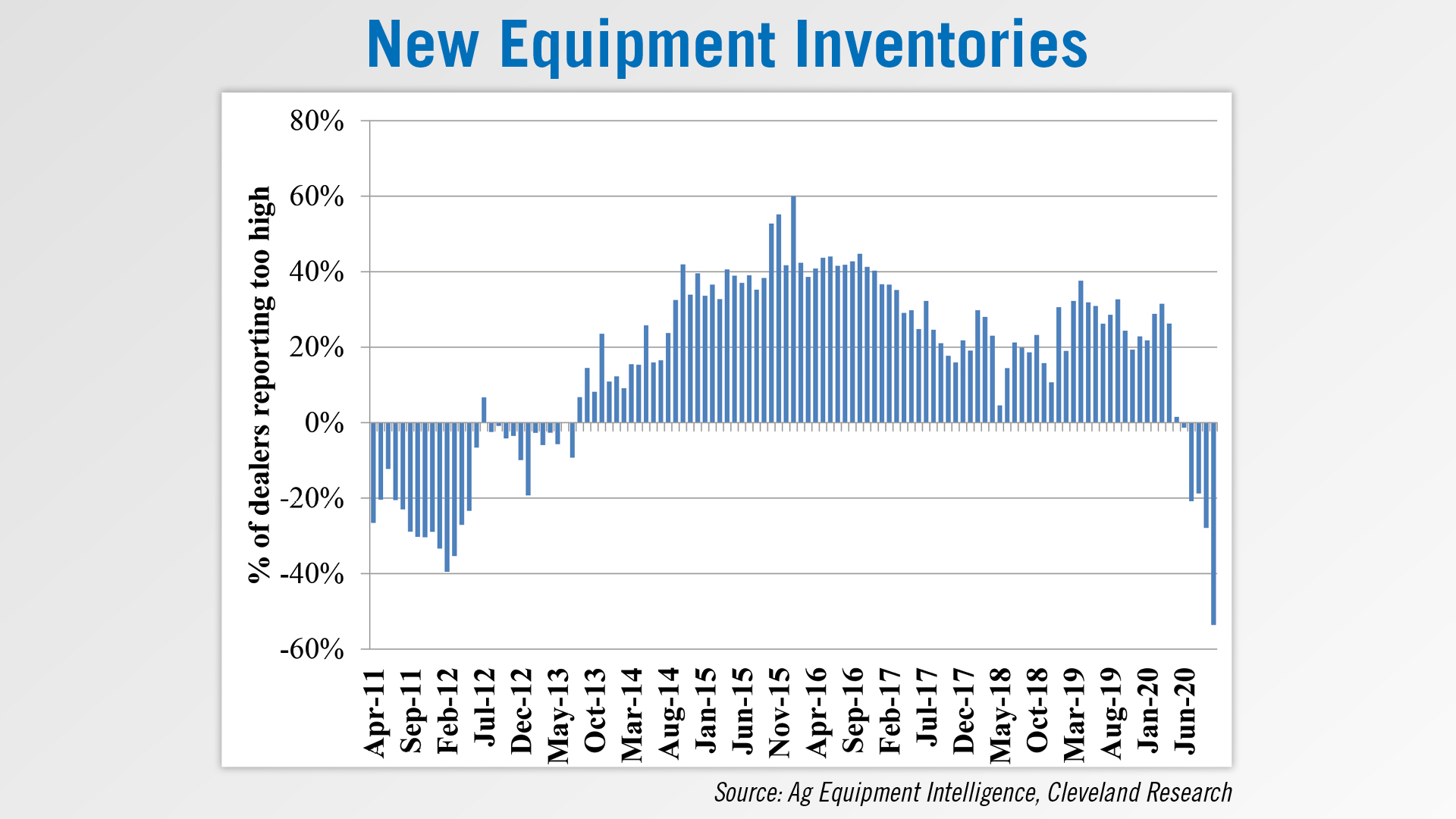 Dealer commentary suggested survey respondents were having trouble stocking new equipment. One dealer from Canada said, “Our sales were doing great but then we could not get product. If we could get the unit, we could not get the attachment.”

Another dealer from the Corn Belt mentioned an increased interest in new equipment, saying, “With the aging equipment on the farm and equipment worn out beyond repair, there are many customers not trading their used and buying new outright.”

This week’s Dealer on the Move is Fennig Equipment. The shortline-only dealer added a second location in Norwalk, Ohio.

Anticipation mixed with a little anxiety as to how soon autonomous vehicles will be roaming farm fields in North America continues to build. But this week, Raven Autonomy announced it is accepting pre-orders for its first commercially-available autonomous system.

AutoCart, an autonomous grain cart system, will be available for the 2021 harvest season. The technology allows operators to control and monitor a driverless tractor from the combine cab, allowing a single grain cart driver to cover 340 hours in the tractor cab during harvest.

The announcement is another step in the gradual commercialization of autonomous vehicles in ag. So what type of farm operation will be prime candidate for autonomous systems?

Paul Bruns, business development manager with Raven Autonomy, shares his outlook for the size and growth needs that could determine the interest and need for autonomous equipment.

The conversations I’ve had throughout the Midwest to start with, have been producers that are anywhere from 1,000 – 3,500 acres in size. They’re trying to grow, they want to grow, but it’s really hard to add that one extra person full-time. And it’s even harder to find that person for part of the season. That’s been the big push.

You can hear more from Paul Bruns who will part of our autonomy panel at the Ag Equipment Intelligence 2021 Executive Briefing. 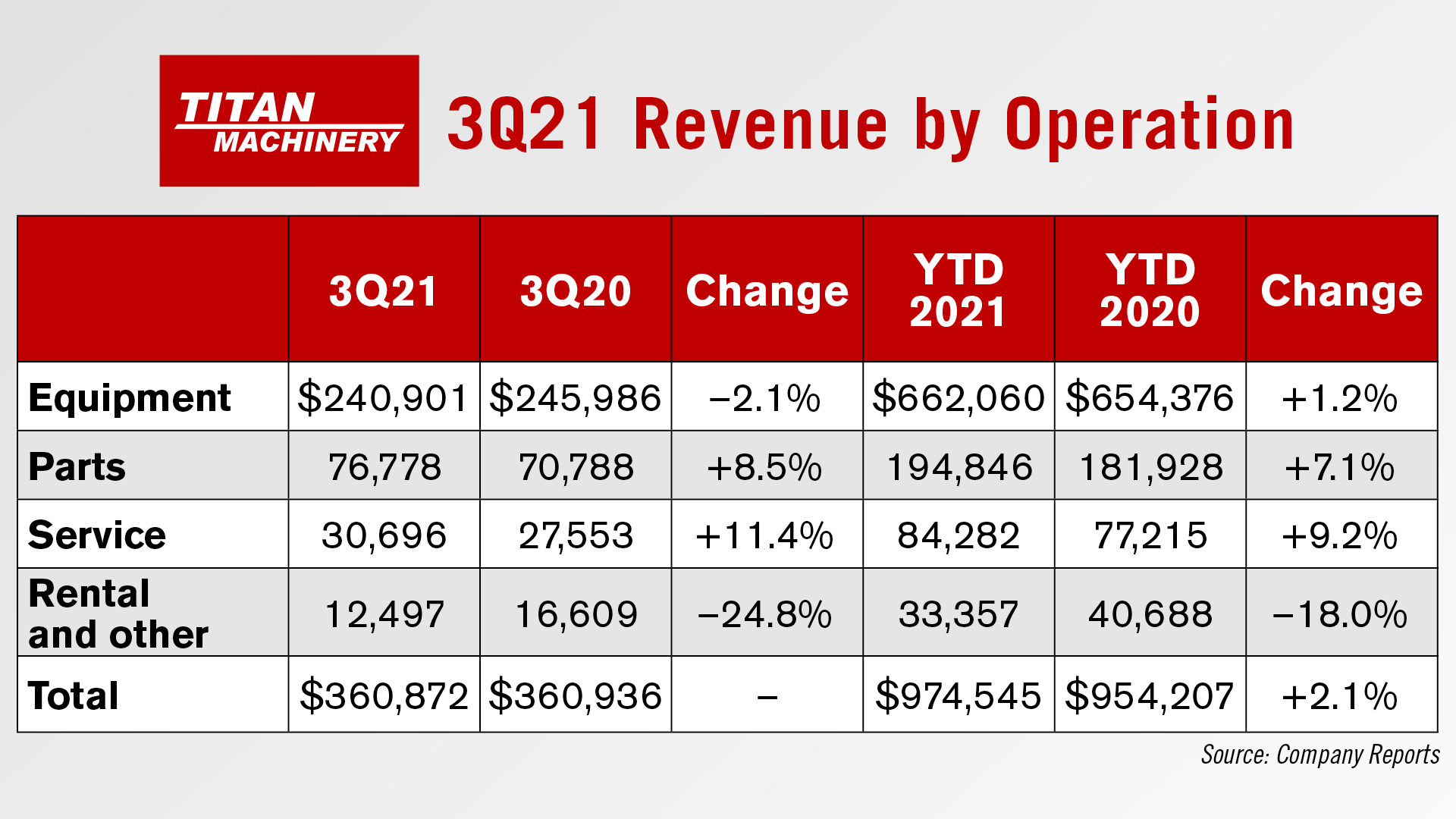 Ag segment revenue for the third quarter was $221 million, compared to $214 million in the third quarter last year. The increase in revenue was driven by on-going strength in the parts and service business the dealership says.

David Meyer, Titan Machinery's chairman and chief executive officer, said, "We exceeded our third quarter top-line expectations due to strong parts and service performance in our Agriculture segment and better than anticipated equipment sales in our Construction and International segments. The stronger revenue, combined with continued success controlling operating expenses and driving down interest expense, resulted in a significant improvement to our pre-tax income.”

According to the November update of the Purdue University Ag Economy Barometer, farmer sentiment has declined from October readings after 6 months of increases. 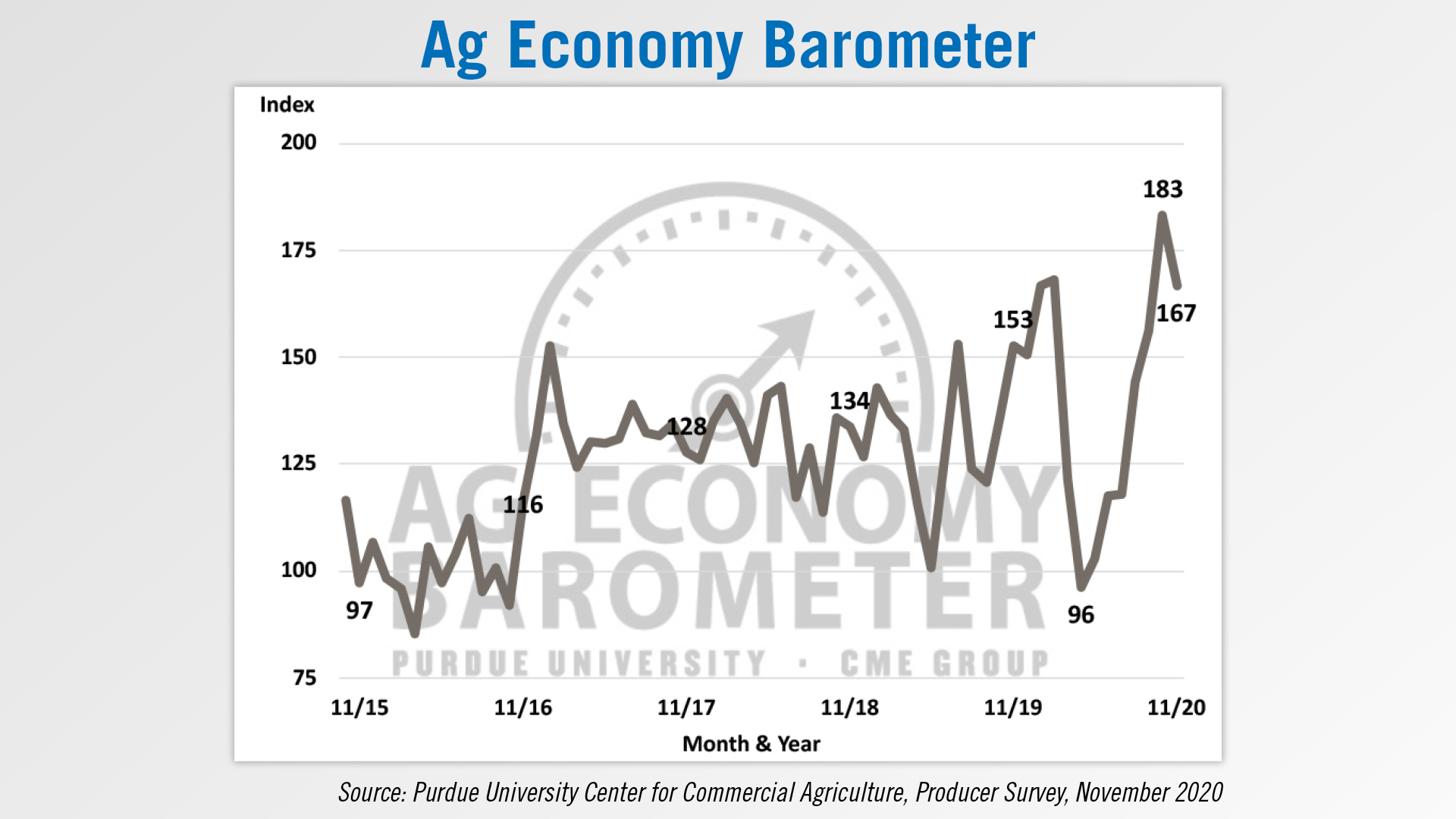 The barometer read 167 in the most recent update, down from 183 in the previous month. The decline in sentiment was attributed to farmers’ weakened future expectations, though their optimism on current conditions rose due to rallying commodity prices. Farmer optimism on making large investments in their operations fell slightly in November but remained above pre-COVID levels. 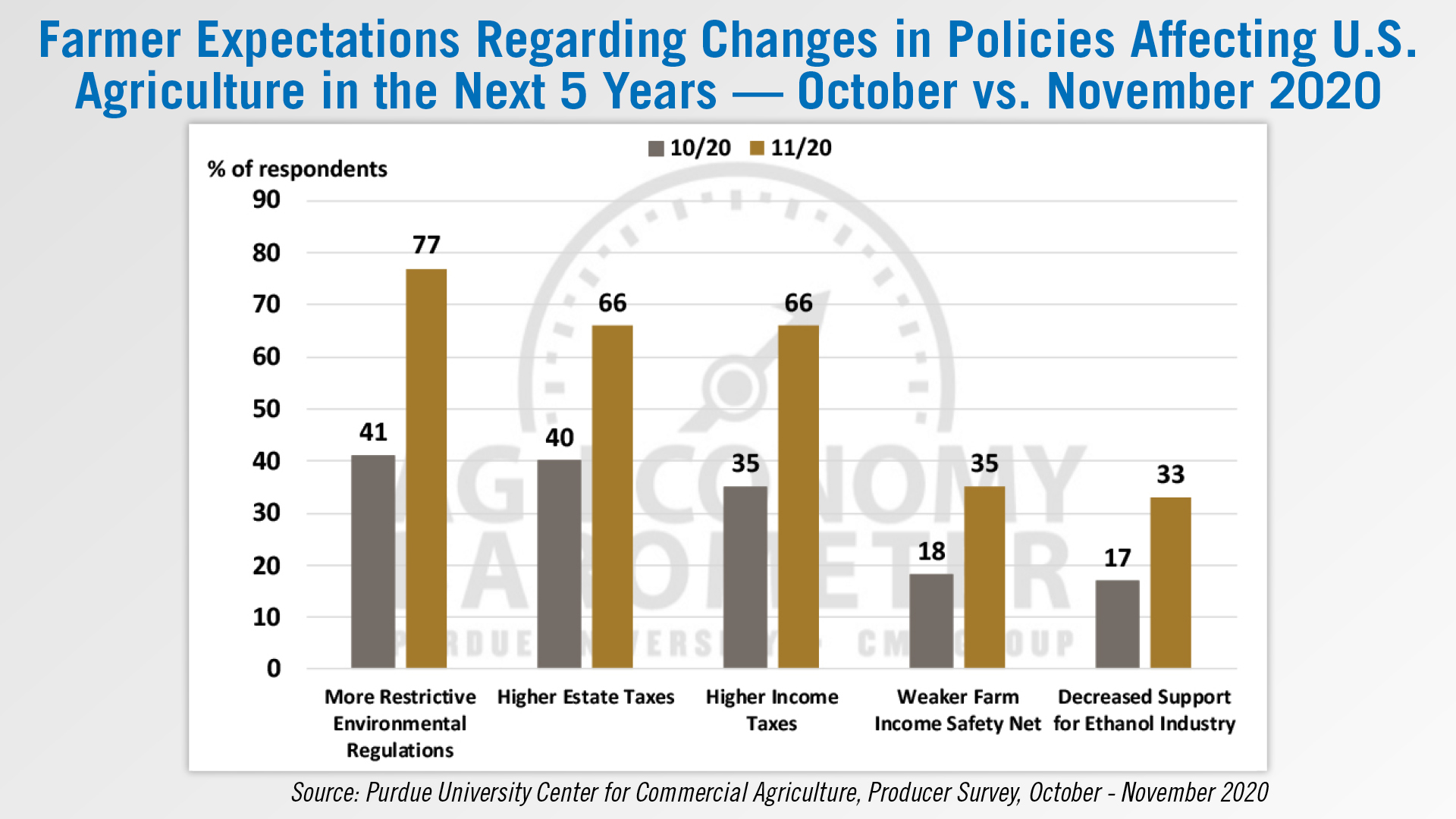 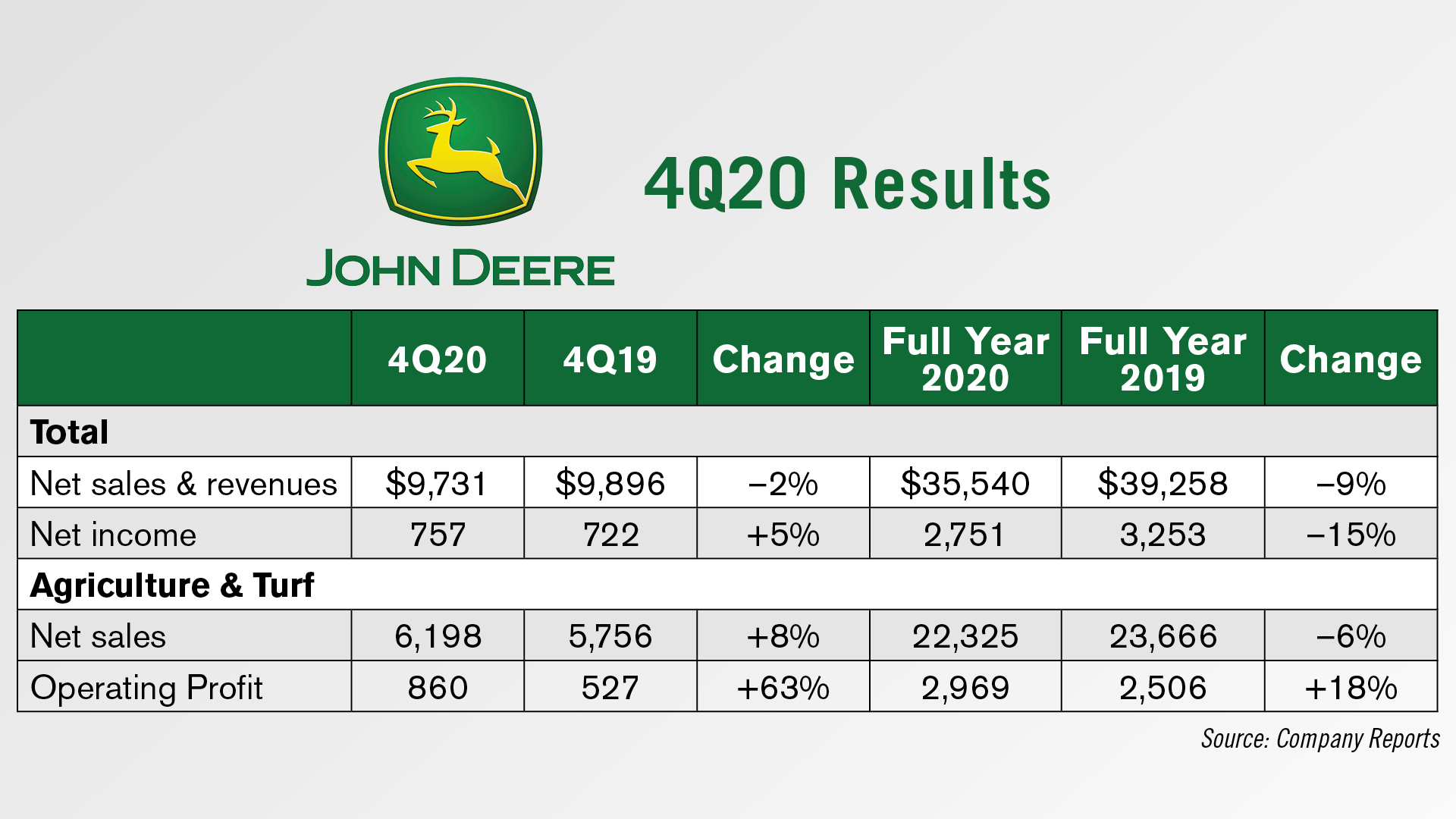 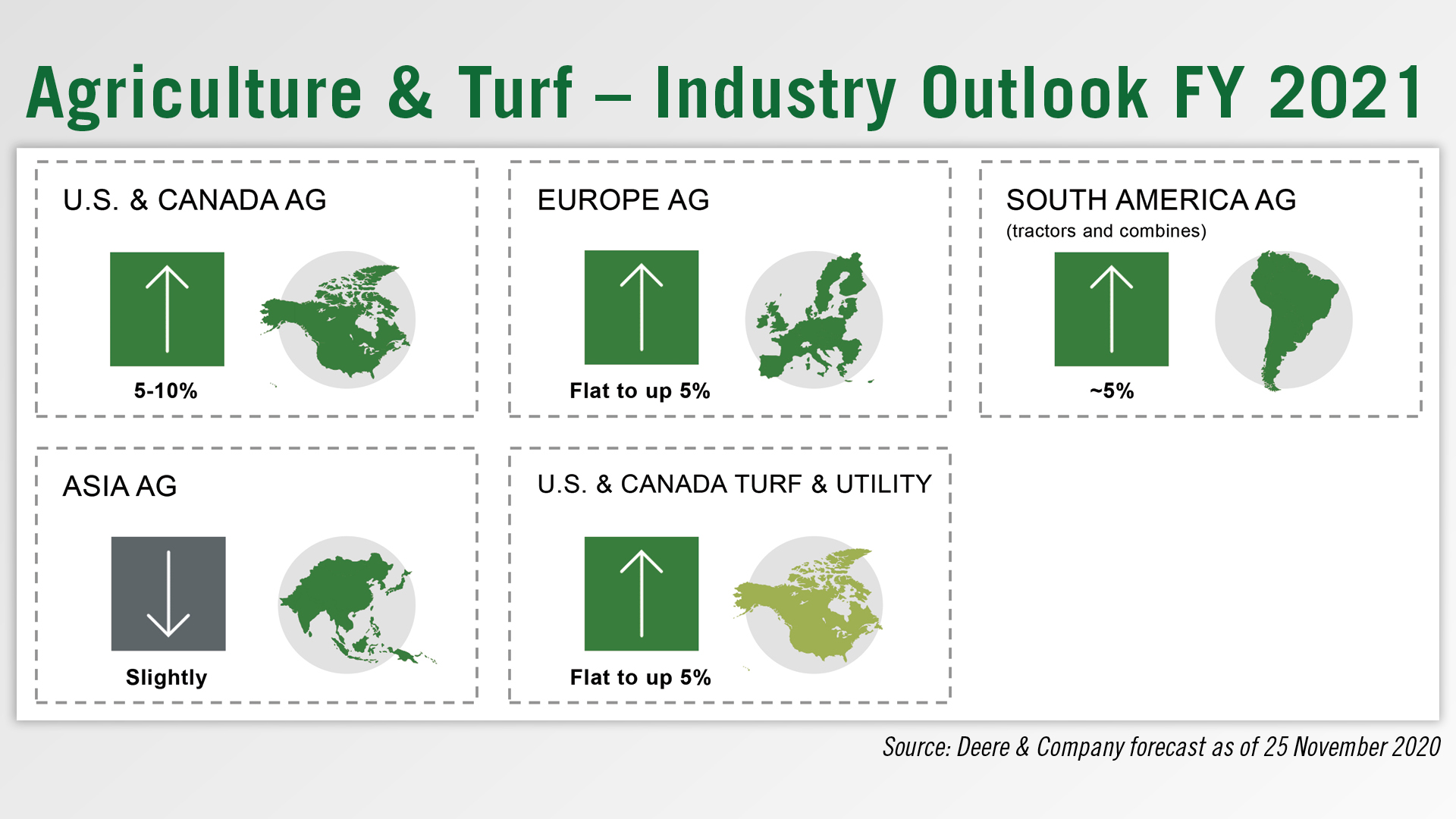