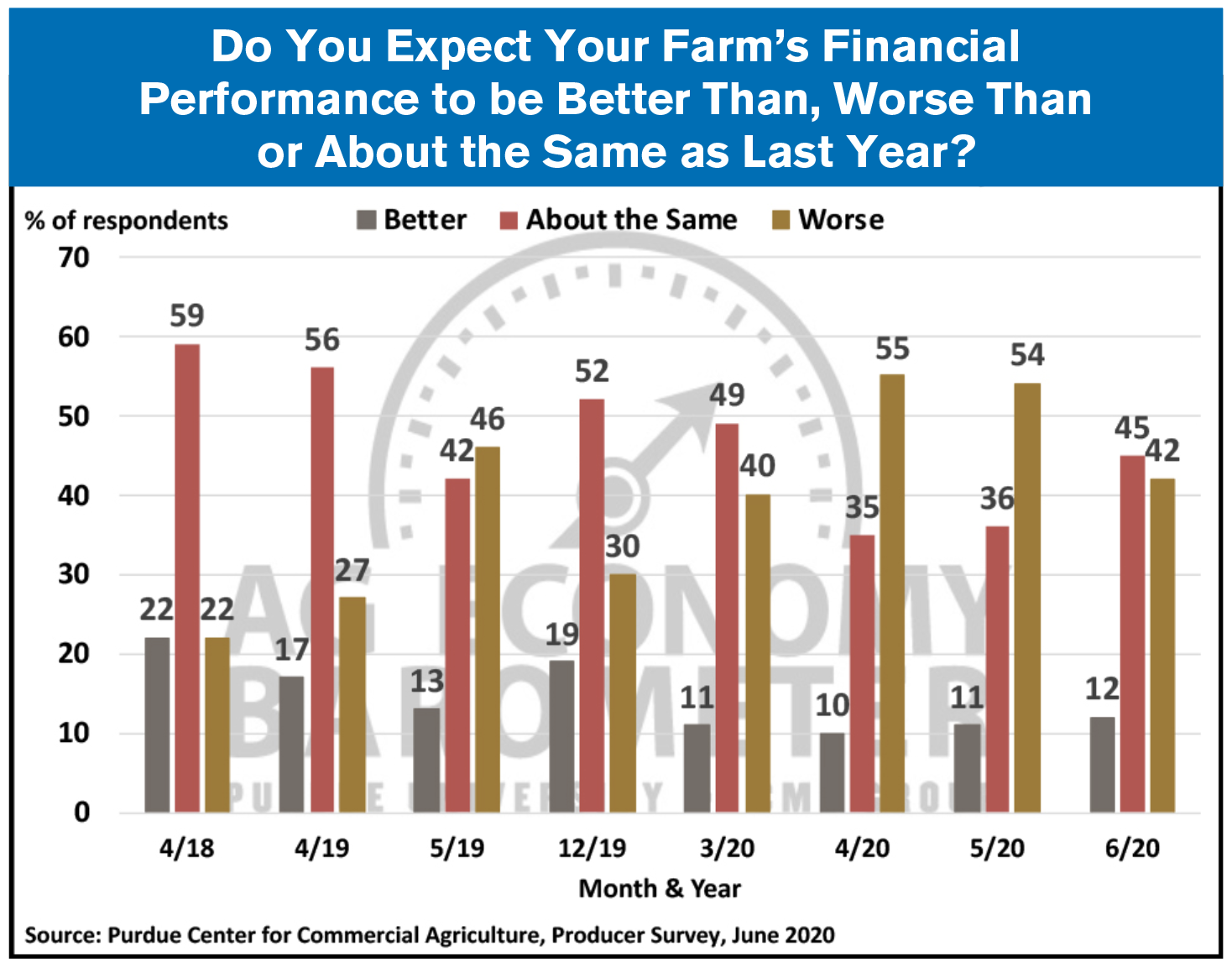 Although farmers were still concerned about the impact of coronavirus on their farms in June, they were slightly less concerned than a month earlier. When asked about the virus’ impact on their farms’ profitability, 64% of respondents said they were either “very” or “fairly worried”, down from 71% of respondents that felt that way in May. In light of ethanol plant shutdowns and slowdowns in response to poor operating margins, a large majority of farmers (73%) still expressed concern about the ethanol industry’s future viability, but this was also down somewhat compared to the 81% of respondents who expressed concern in May.

The June survey provided the first opportunity to survey farmers after details of the Coronavirus Food Assistance Program (CFAP) were widely available. Sixty percent of farmers in the June survey said CFAP “somewhat” (53%) or “completely” (7%) relieved their concerns about the impact of COVID-19 on their 2020 farm income with just over one-fourth of respondents (26%) responding “not at all” to this question. However, nearly two-thirds (64%) of June survey respondents still said they think it will be necessary to pass another bill to provide more economic assistance to farmers in 2020, similar to May when 67% of respondents felt that way. 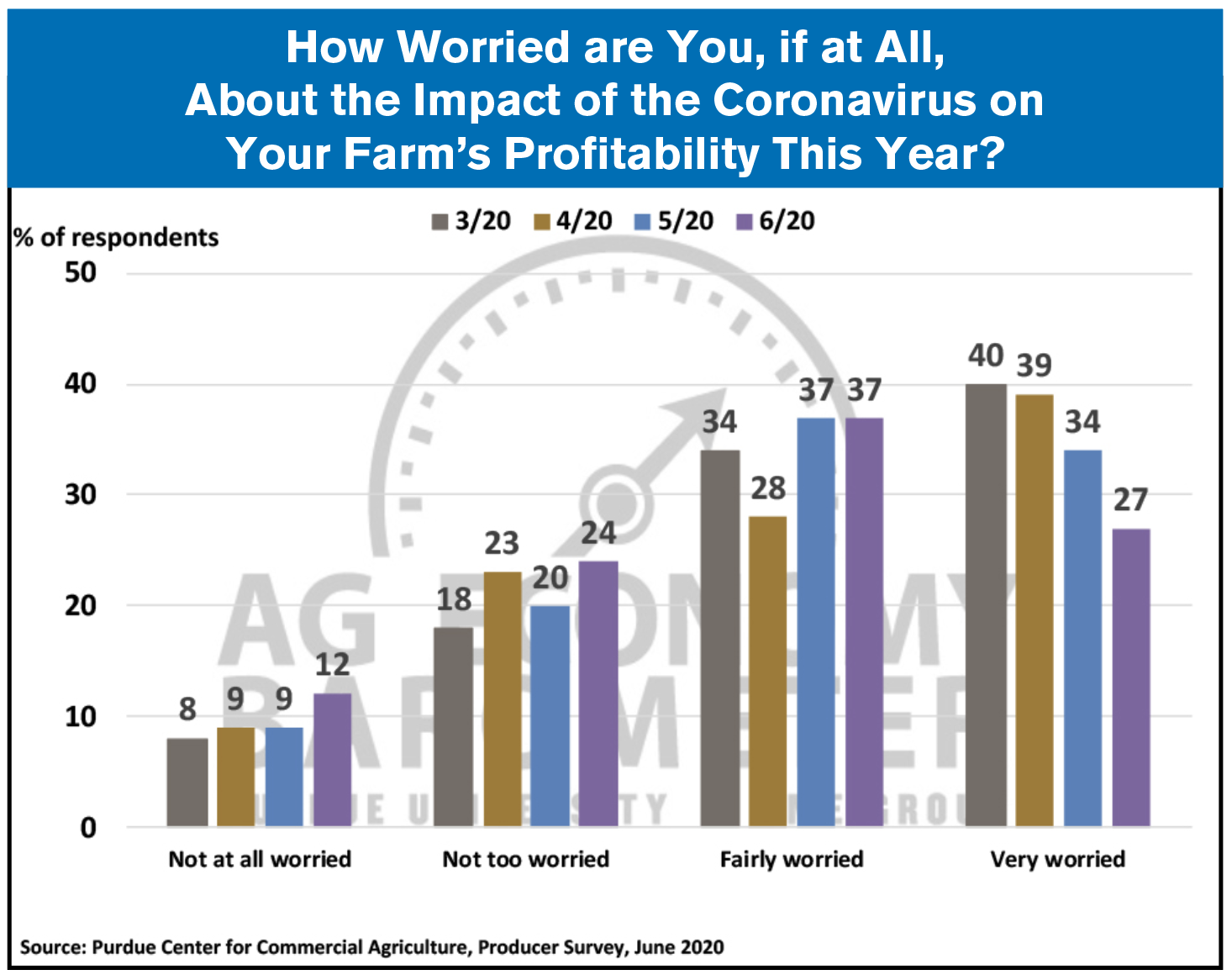