When asked about the likelihood that the soybean trade dispute with China will be resolved soon, farmers were less pessimistic in October than they were in September. In October, 51% of respondents said that resolution soon was unlikely, which was down from a reading of 59% in September and 71% in August. The percentage of respondents that expect the trade dispute to be resolved quickly was virtually unchanged in October (42%) compared to September, although it remained much higher than in August (29%). Comparing October’s results to September’s, the primary shift in opinion was attributable to fewer respondents saying they felt quick resolution was unlikely to saying that they were uncertain as to whether or not the dispute would be resolved soon. 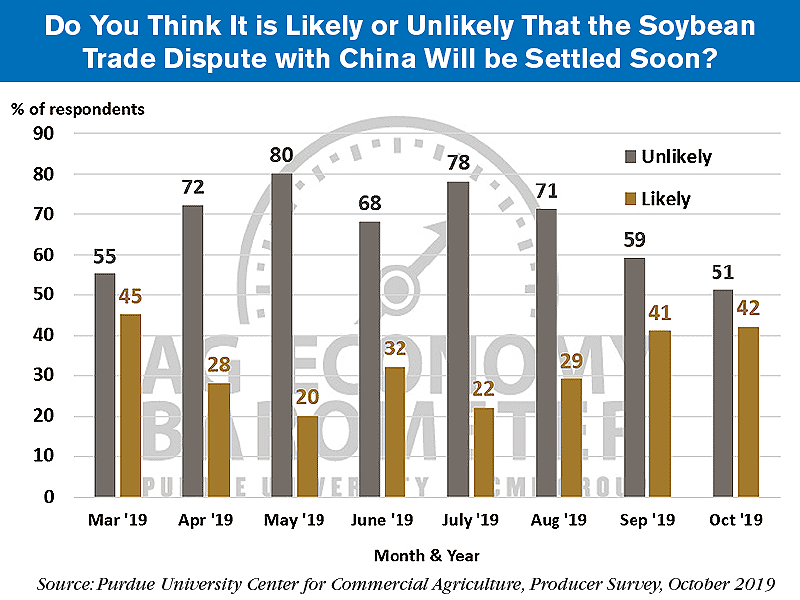 Beginning last spring we’ve also been posing a follow-up question regarding the trade dispute by asking farmers if they think the dispute will ultimately be resolved in a way that’s beneficial to U.S. agriculture. In October, 75% of the farmers in our survey said yes to this question while just 20% said no. This compares to 72% of respondents saying yes to this question in both August and September. We’ve asked this question every month since March 2019 and in 6 of the 8 months over 70% of respondents said yes, they expect the dispute to ultimately be resolved in a way that benefits U.S. agriculture. 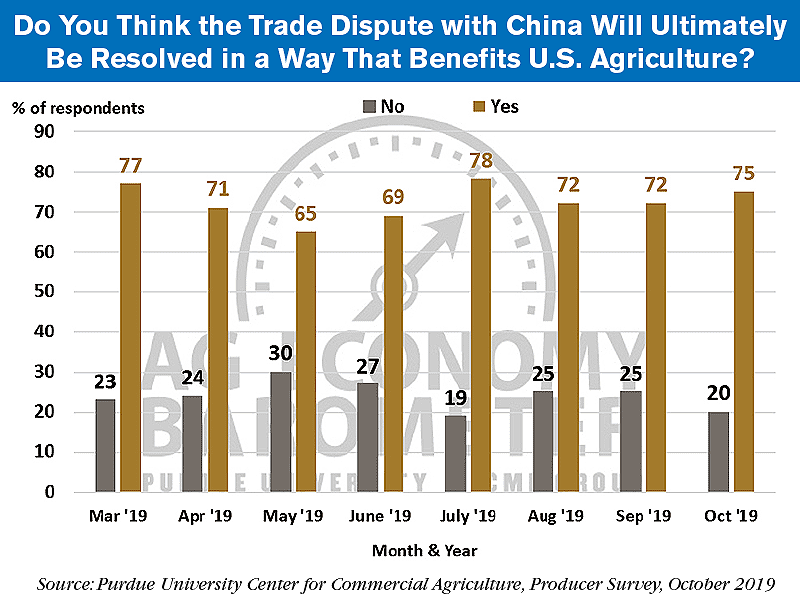