Farmer sentiment in July was virtually unchanged from a month earlier as the Purdue University-CME Group Ag Economy Barometer rose just one point to a reading of 118. The small change in the barometer left it 30% below its February 2020 peak and 23% below its level a year ago. Although there was little change in the barometer this month, there was a shift in producers’ perspective on current vs. future conditions as the Index of Current Conditions rose 12 points to 111 while the Index of Future Expectations fell to a reading of 121, five points lower than in June. The Ag Economy Barometer is calculated each month from 400 U.S. agricultural producers’ responses to a telephone survey. This month’s survey was conducted from July 20-24, 2020. 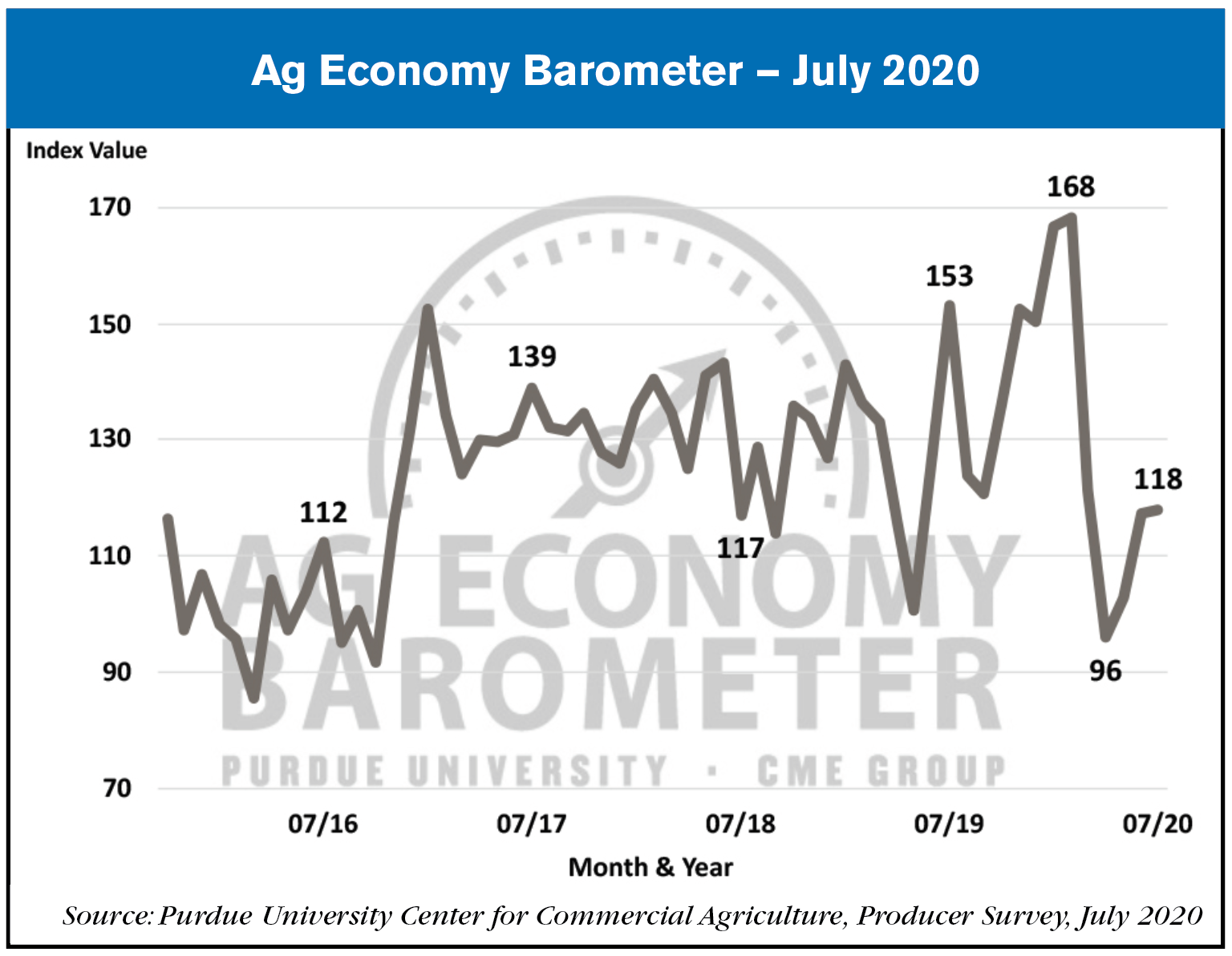 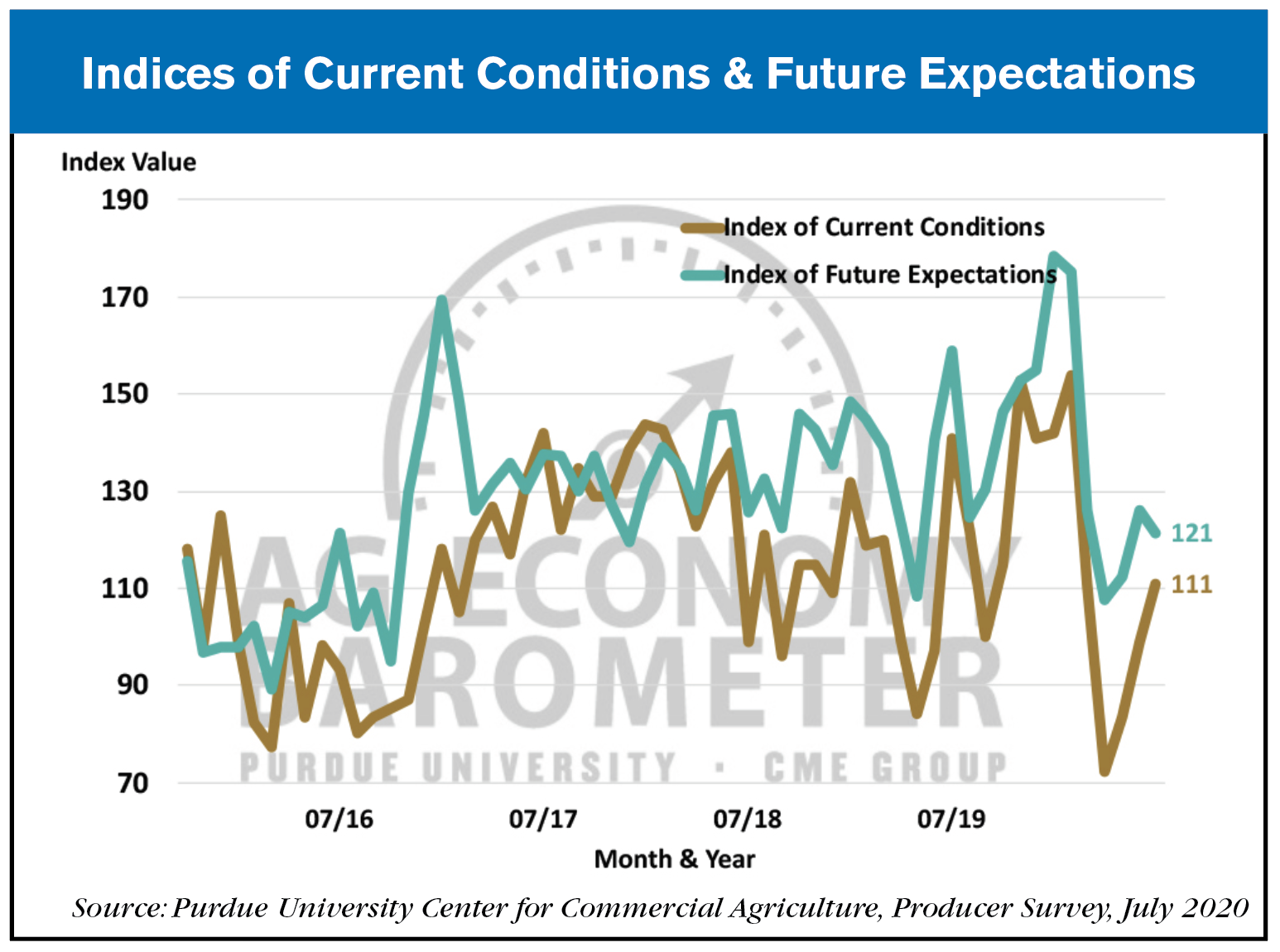 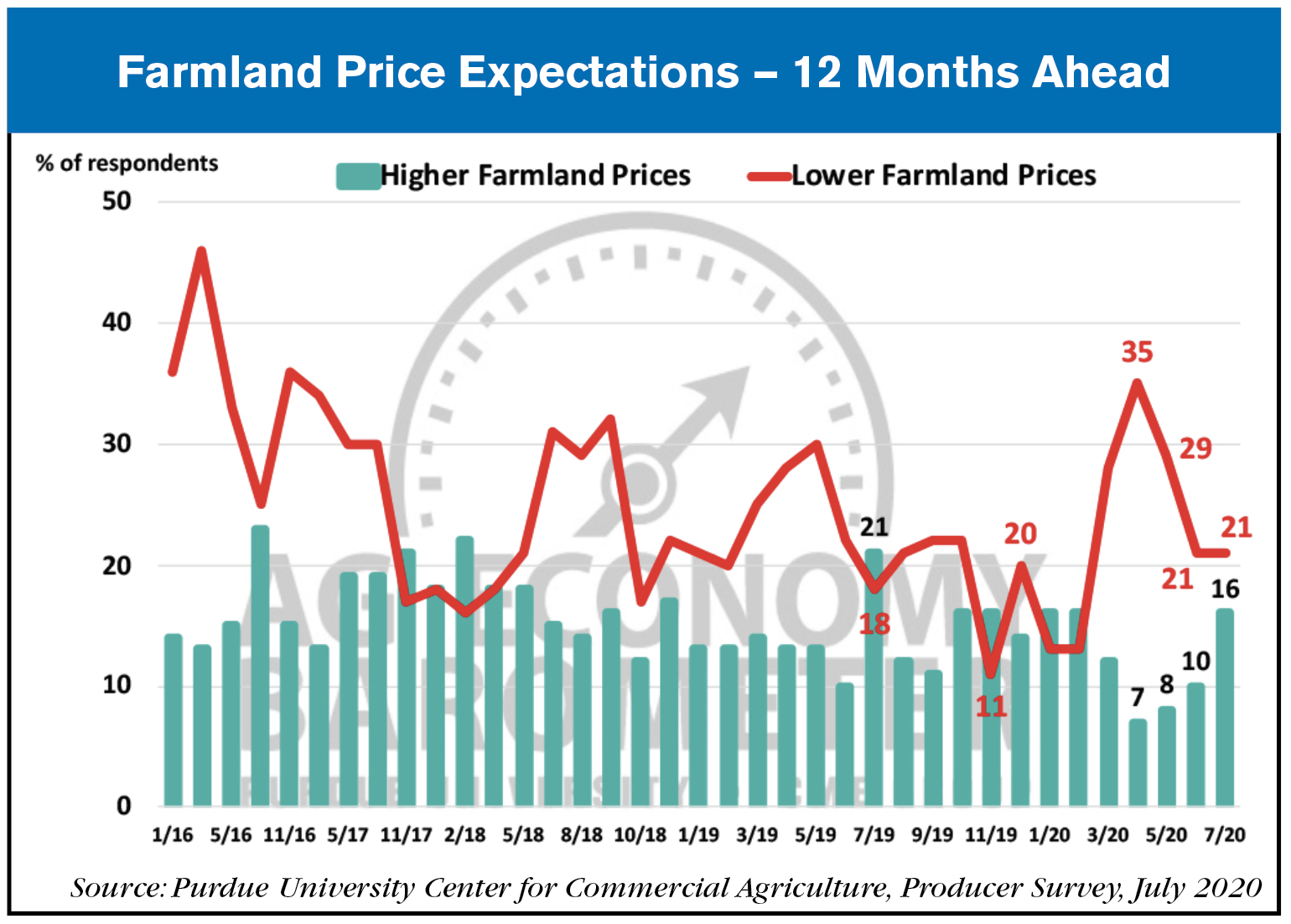 Although a clear majority of farmers responding to the July survey were still worried about coronavirus impacting their farm’s profitability in 2020, the percentage of farmers who were either “fairly worried” or “very worried” has been declining since March. For example, in March, 74% of respondents expressed concern about the impact of COVID-19 on their farm’s profitability whereas in July, that percentage had fallen to 61%. However, two-thirds of farmers responding to the July survey still said they feel that Congress needs to pass another bill to provide additional economic assistance to farmers, in line with responses received for this question in both May and June. 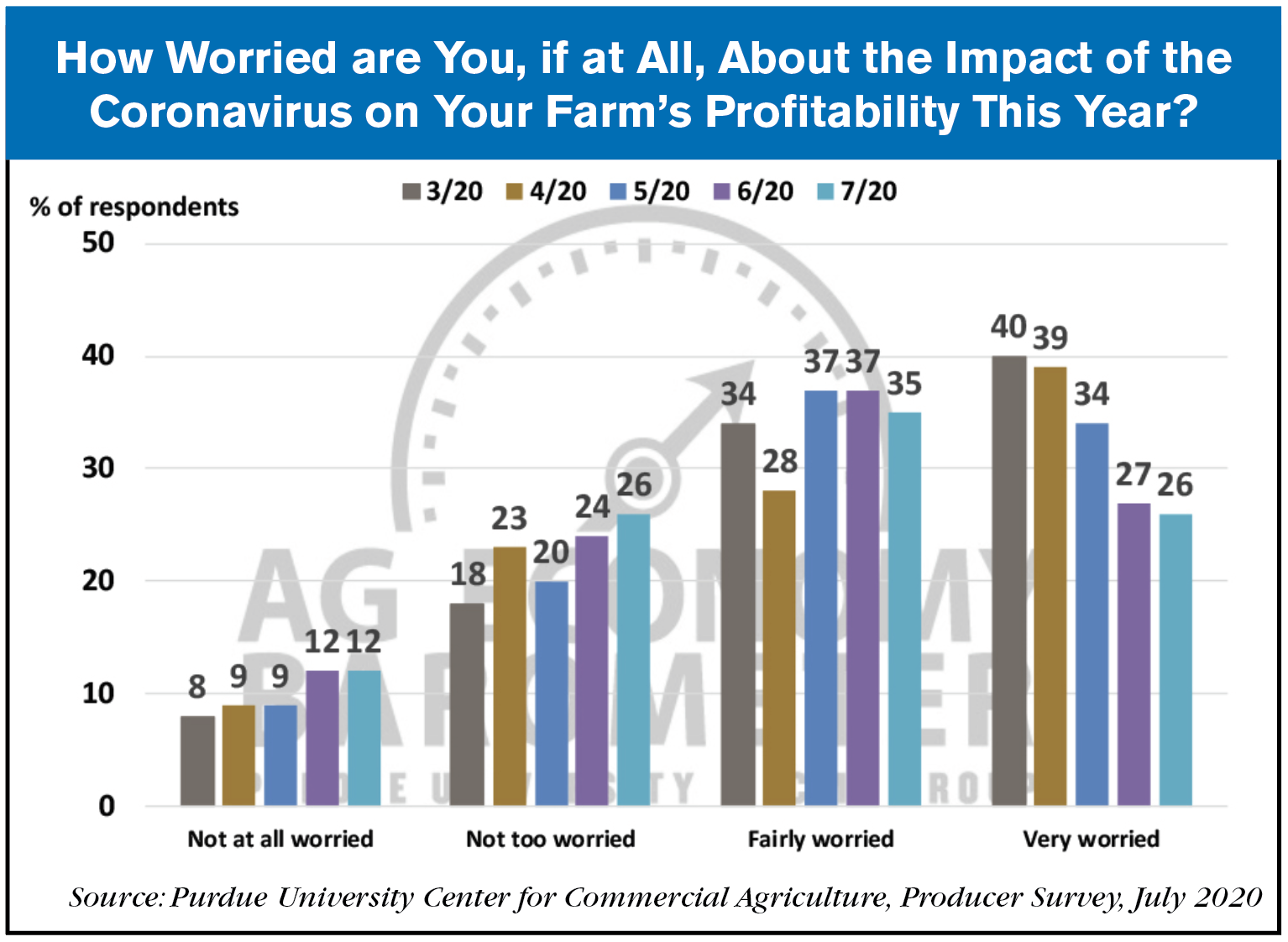