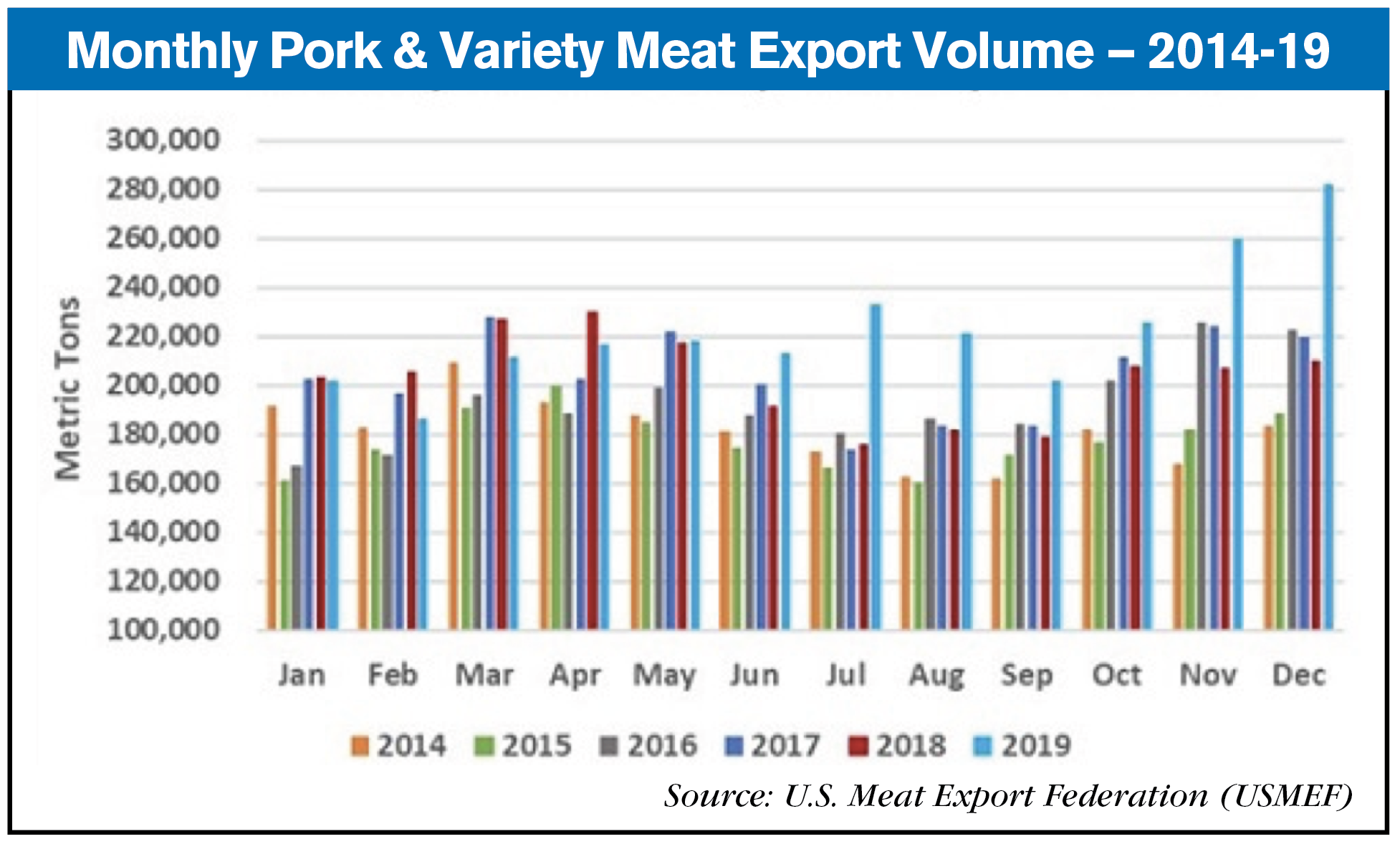 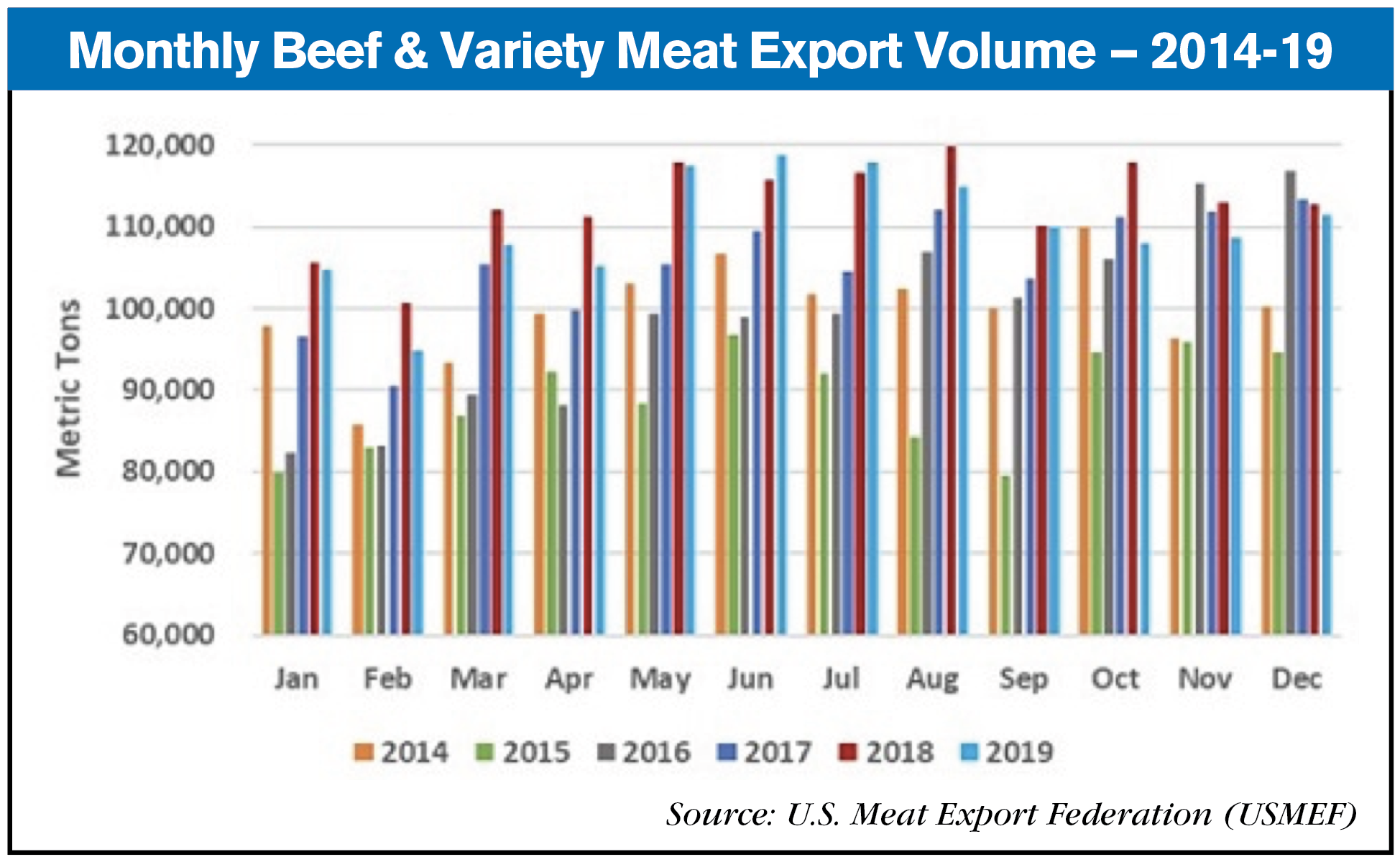 "Despite retaliatory duties and the other barriers U.S. pork faces in China, exports to the China/Hong Kong region closed 2019 with tremendous momentum," said Dan Halstrom, USMEF president and CEO. "We look forward to continued success in 2020, especially if U.S.-China trade relations continue to trend in a positive direction. The coronavirus situation is certainly concerning and disruptive, but it hasn't dampened our enthusiasm for the potential this market holds for U.S. red meat."

December pork exports to leading value market Japan trailed the previous year by 3% in volume at 29,323 metric tons (32,323 U.S. tons), but value increased 3% to $121.6 million. Full-year exports to Japan were down 6% from a year ago in both volume at 369,891 metric tons (407,735 U.S. tons) and value at $1.5 billion. Much of this decline was ground seasoned pork, which fell by $86 million due to a wide tariff rate disadvantage compared to European and Canadian product. Beginning Jan. 1, Japan's tariff rates on U.S. pork and pork products were lowered to match those imposed on major competitors, with the rate for U.S. ground seasoned pork falling from 20 to 13.3%.

"It was gratifying to see beef exports to Japan perform so well in December, given that the first tariff rate cut was pending and set to take effect Jan. 1," Halstrom observed. "Buyers in Japan have been waiting a very long time for tariff relief and have already responded enthusiastically. We look forward to solid growth in 2020 and beyond."

"U.S. beef is achieving remarkable success in Korea's traditional retail and foodservice sectors and is well-positioned to capitalize on growth in e-commerce, the institutional sector and other emerging sales channels," Halstrom said. "As U.S. beef moves steadily toward duty-free status in Korea, it becomes accessible and affordable for a wider range of customers whose appetite for U.S. beef continues to grow. We are seeing many new menu concepts in this dynamic market and continued excitement about U.S. beef."

Beef exports to Taiwan were record-large for the fourth consecutive year in 2019, climbing 6% from a year ago in volume at 63,538 metric tons (70,039 U.S. tons) and 3% in value at $567.1 million. This growth is also driven by success at foodservice and retail as Taiwan continues to embrace alternative cuts and U.S. beef is underpinning overall consumption growth. The United States dominates Taiwan's chilled beef market, capturing approximately 75% of its chilled imports, the highest share of any Asian destination.