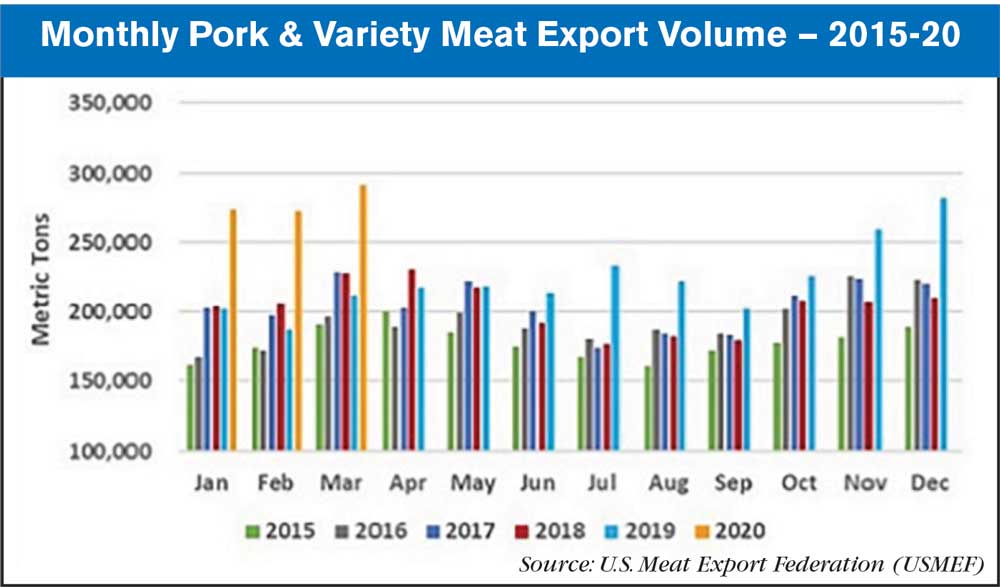 Strong demand from China/Hong Kong continued to drive U.S. pork exports to new heights, but March exports also increased significantly to Mexico, Japan and Canada. Export volume reached 291,459 metric tons, up 38% from a year ago and topping the previous record set in December 2019. Export value increased 47% to $764.2 million. Through the first quarter, pork exports increased 40% from a year ago to 838,118 metric tons, valued at $2.23 billion (up 52%). 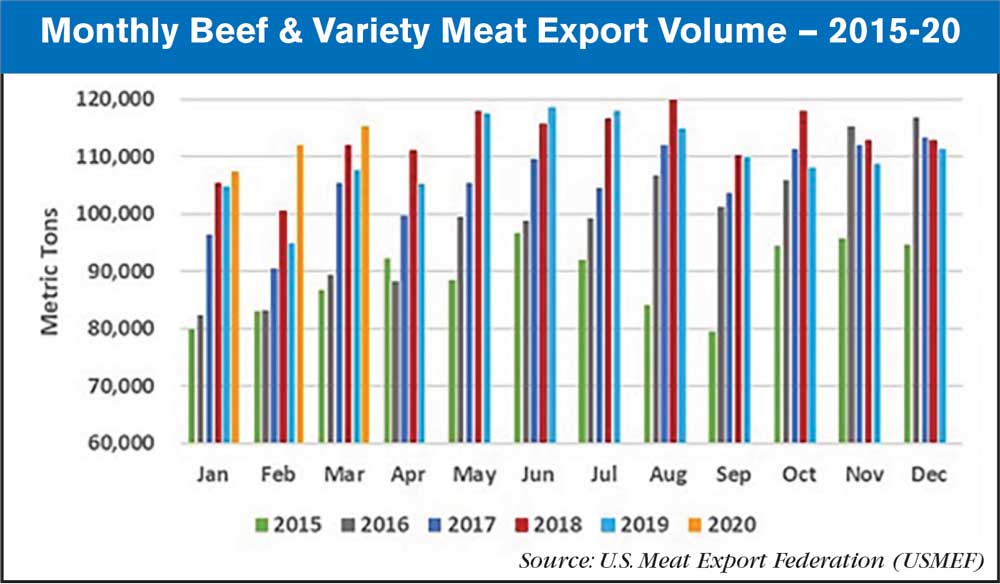 Driven by solid growth in Japan, where U.S. beef is benefiting from reduced tariffs under the U.S.-Japan Trade Agreement, as well as South Korea, Mexico, Canada and Taiwan, March beef exports totaled 115,308 metric tons, up 7% from a year ago, valued at $702.2 million – up 4% and the highest monthly value since July. First quarter beef exports climbed 9% from a year ago to 334,703 metric tons, valued at $2.06 billion (up 8%).

Exports accounted for 14% of first quarter beef production and 11.4% for muscle cuts, each up slightly year-over-year. U.S. beef production increased by 14% in March and 8% in the first quarter as export growth continued to make a critical contribution to carcass value even as the COVID-19 pandemic disrupted the global foodservice sector.