The Ag Economy Barometer rose to a reading of 167 in January, a 17-point jump from December when the index stood at 150. Virtually all of the rise in this month’s barometer was attributable to a sharp rise in optimism about future conditions in agriculture. The Index of Future Expectations climbed 24 points to 179, while the Index of Current Conditions at 142 was essentially unchanged from the December reading of 141. This month’s Ag Economy Barometer survey, which is based on responses from a nationwide survey of 400 agricultural producers, was conducted from Jan. 13-17, 2020. The sharp improvement in future expectations coincided with President Trump’s signing of the Phase One Trade Agreement between the U.S. and China on Jan. 15th. In the agreement, China agreed to increase purchases of U.S. manufacturing, energy, and agricultural goods and services by at least $200 billion over 2 years, but it did not include specific information regarding which U.S. goods and services would benefit from the purchases. 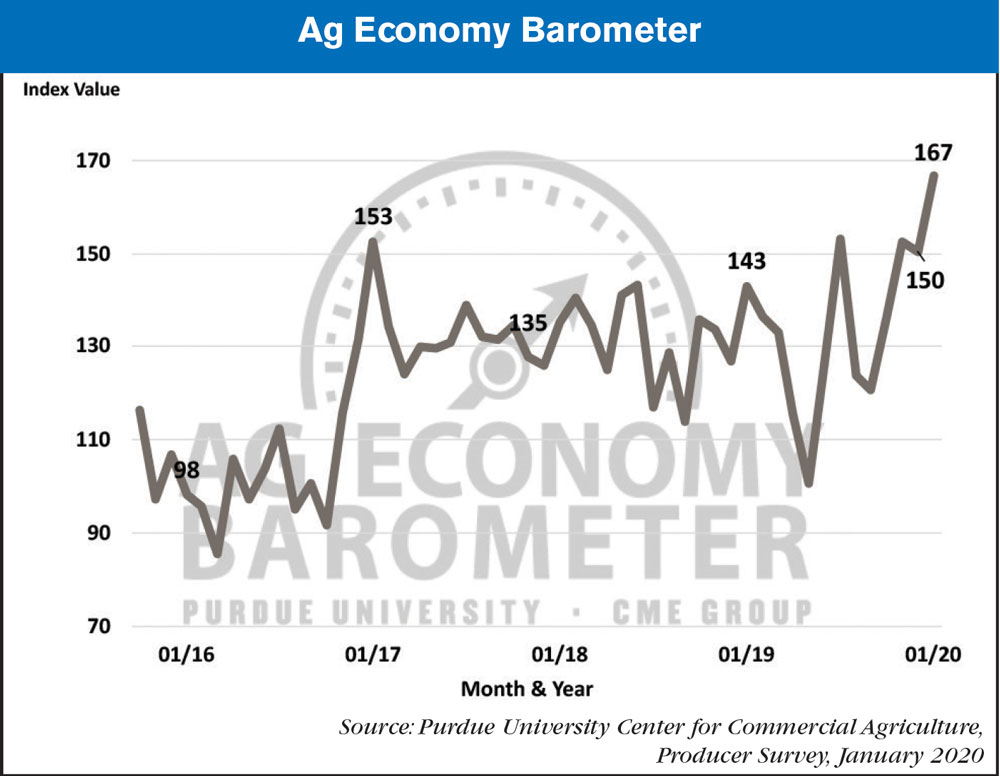 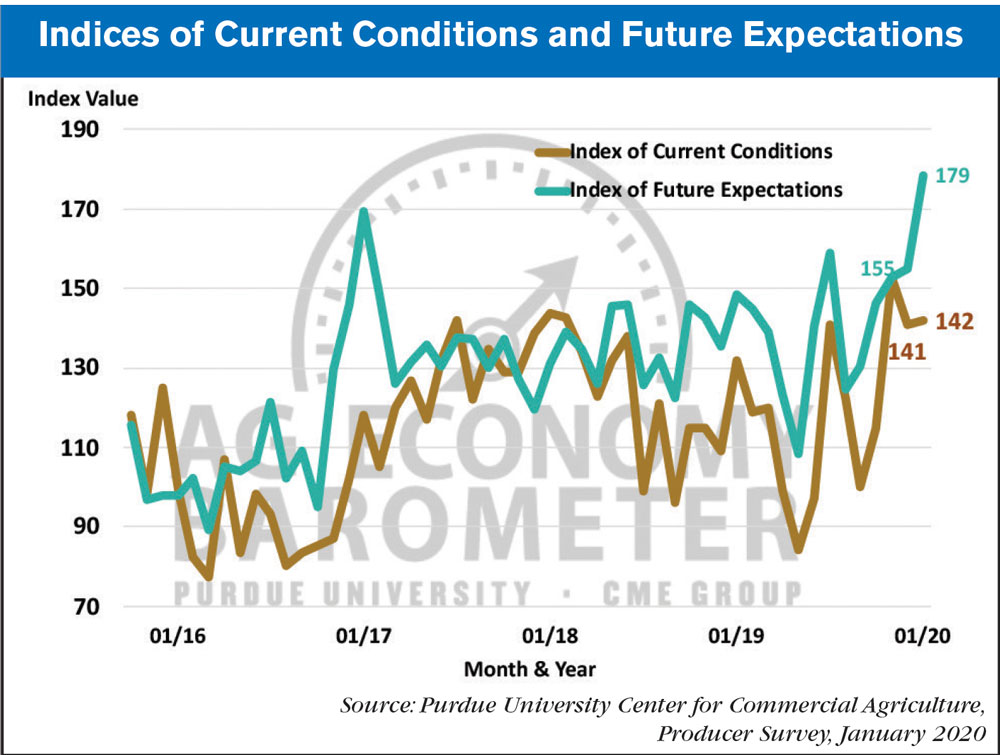 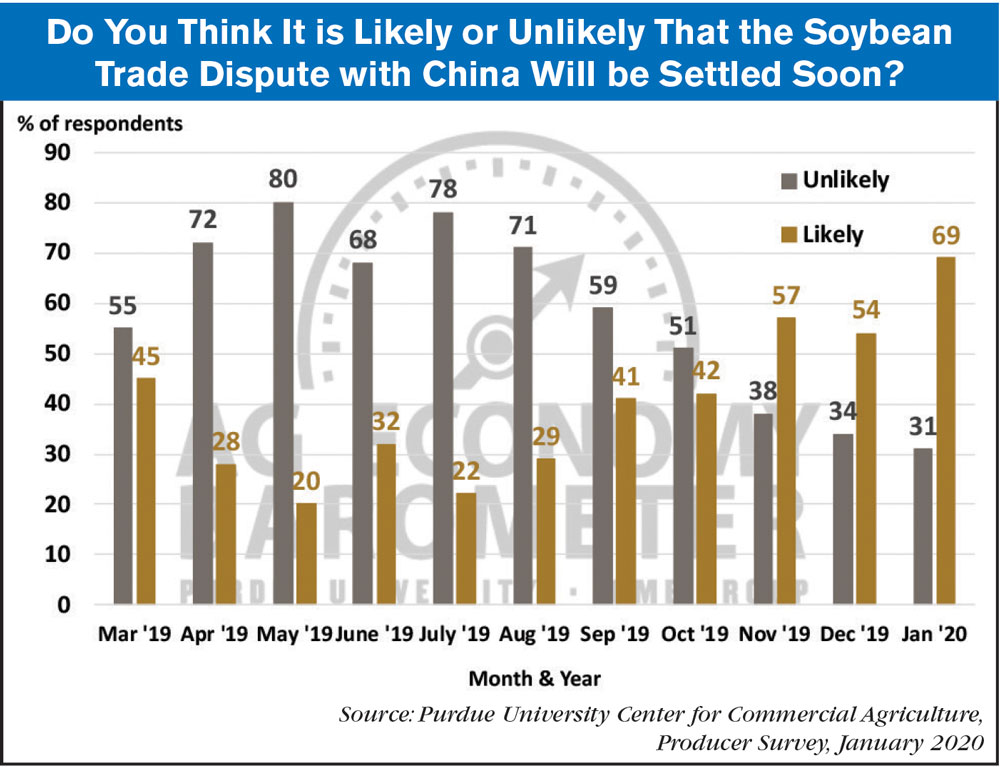 Despite the big improvement in future expectations among farmers in our survey, the Farm Capital Investment Index in January actually fell 4 points below December’s to a reading of 68. The index is based upon a question that asks farmers whether now is a good or bad time to make large investments in things like farm machinery and buildings. The index has ranged from the high 60s to the low 70s since November and, despite the small decline in the January reading, remains much stronger than it was in late summer and early fall when it ranged from the high 40s to the high 50s. 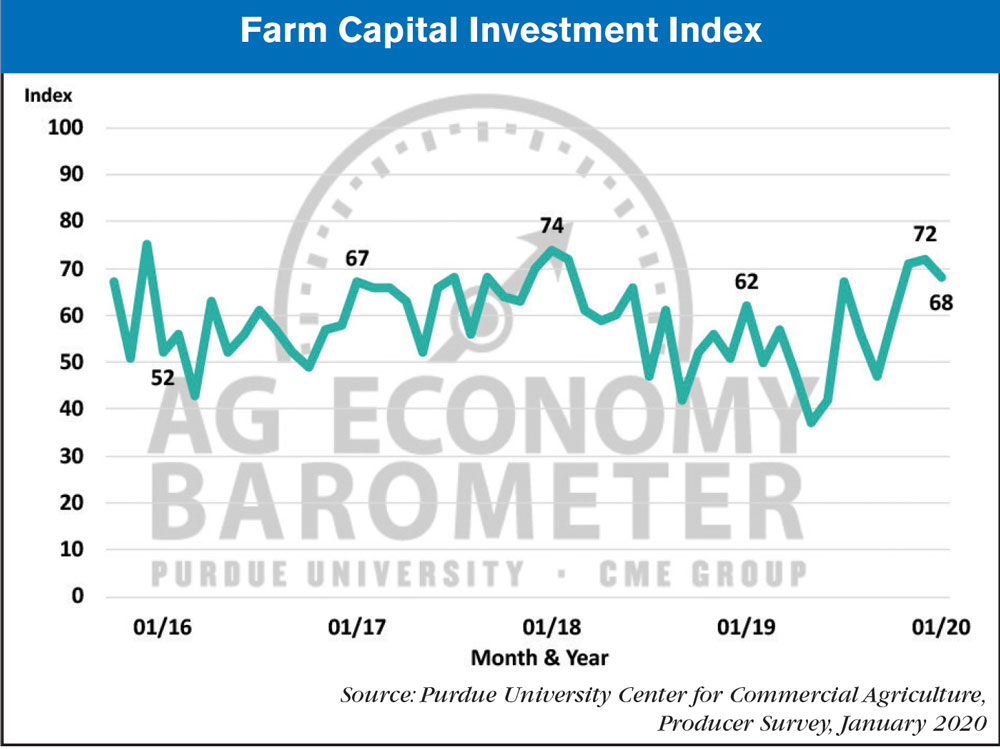