Farmer sentiment improved slightly in May after falling sharply in both March and April. The Purdue University-CME Group Ag Economy Barometer reading in May was 103, up 7 points from the April reading of 96. The barometer’s small improvement left the gauge of farmer sentiment nearly 40% below its February peak of 168. This month’s survey also indicated that farmer sentiment was virtually unchanged from May 2019 when the index reached its lowest reading of 2019 as U.S. farmers were in the midst of struggling through a historically difficult spring planting season. The Ag Economy Barometer is calculated each month from 400 U.S. agricultural producers’ responses to a telephone survey. This month’s survey was conducted from May 18-22, 2020. USDA announced the details of the Coronavirus Food Assistance Program (CFAP) on May 19, while the May survey was being conducted. 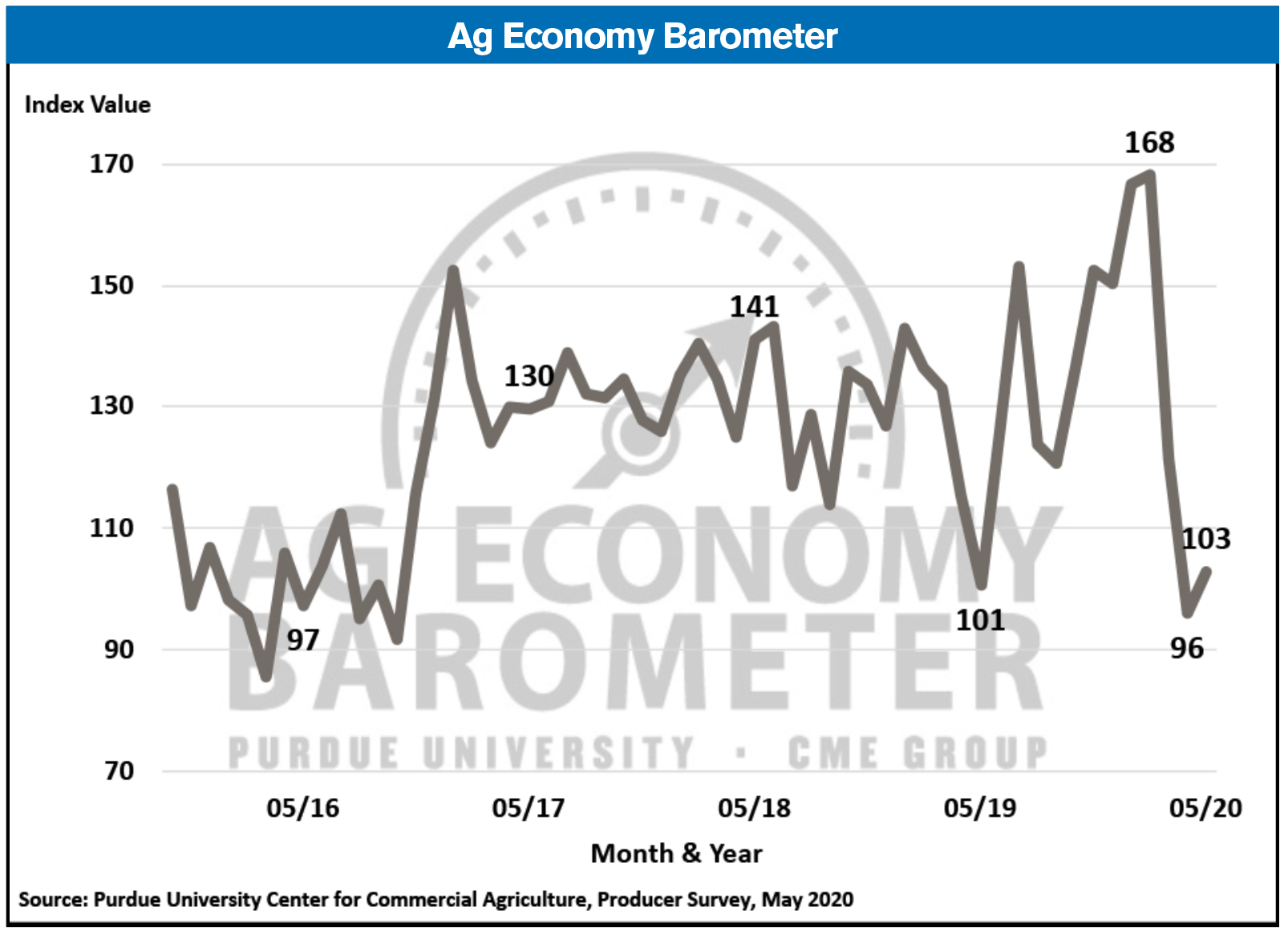 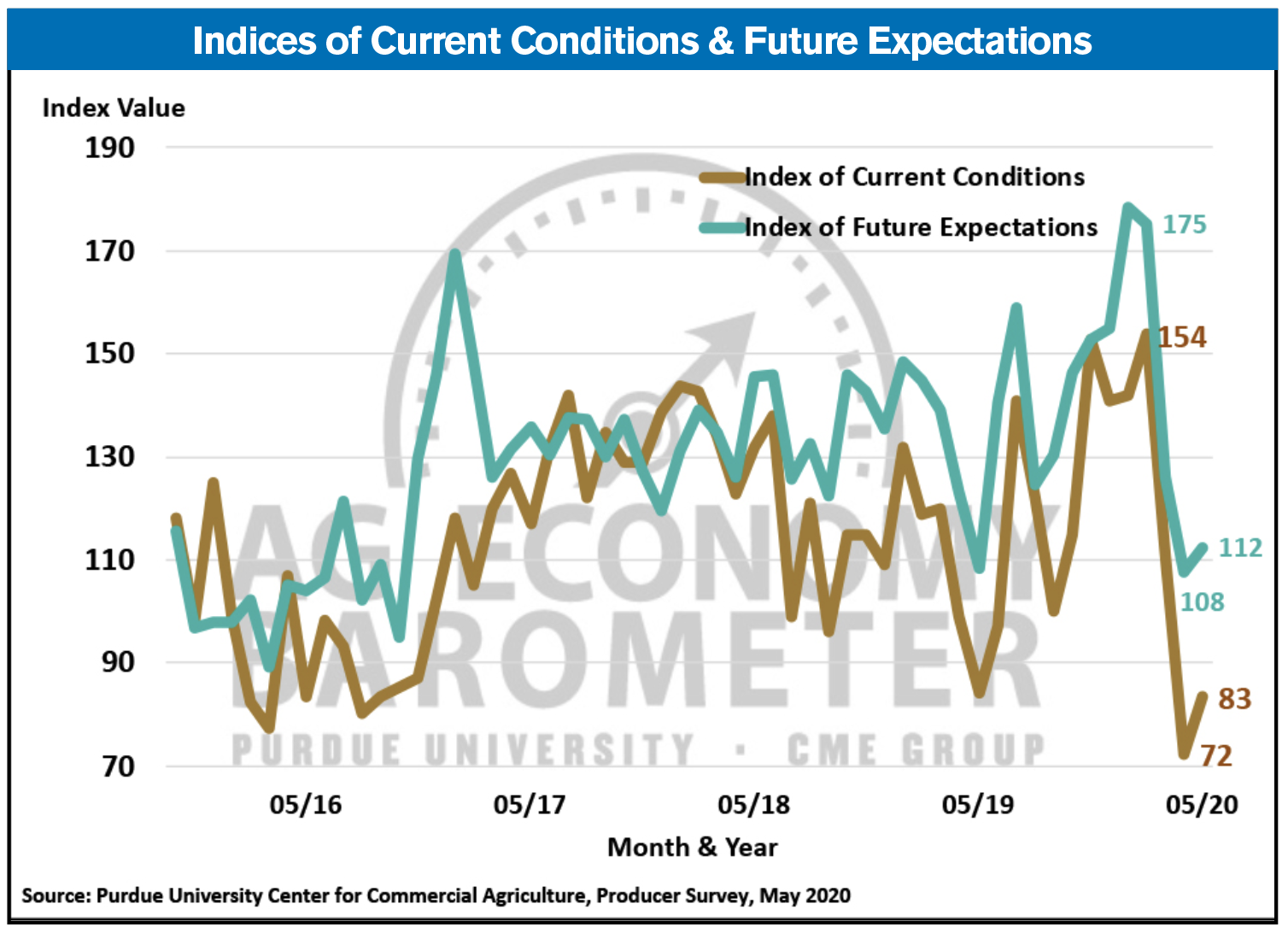 Improved sentiment regarding current conditions led farmers to become more inclined to think now is a good time to make large investments in their farming operations than in April. The Farm Capital Investment Index rose to a reading of 50 in May compared to just 38 a month earlier. Although that was a substantial one-month improvement, it still left the index 30% below its February reading of 72 indicating farmers are still much more reluctant to make new investments in things like farm machinery and buildings than they were prior to the onset of COVID-19. 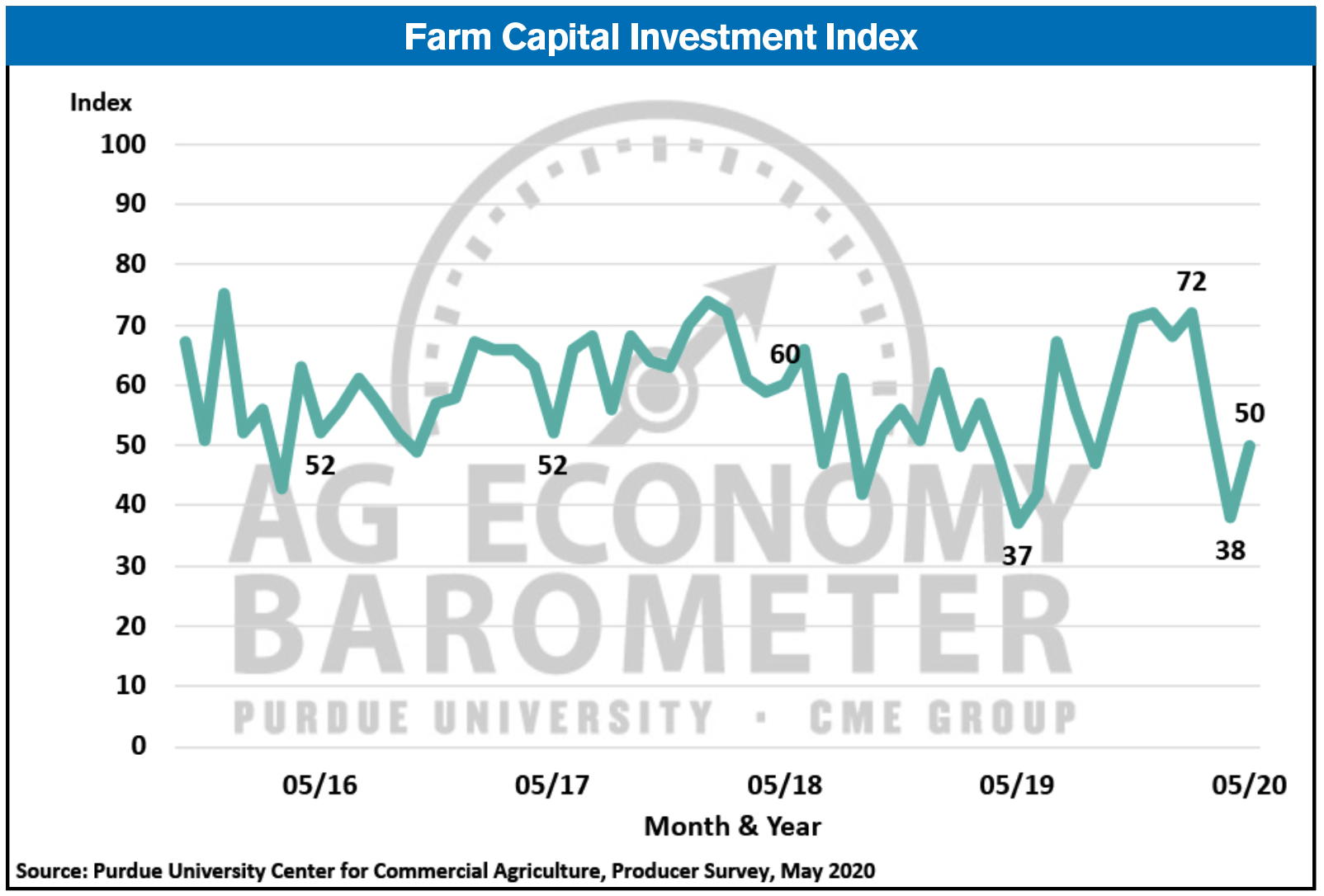 Discussions between farmers and landowners regarding cash rental arrangements for the next crop season often get underway in the summer. Given the large decline in crop margins this year, the May survey asked farmers who rent farmland if they expect to ask their landlords to reduce their 2021 cash rental rates because of COVID-19? Although two-thirds of farmers who rent farmland said no, over one out of four (27%) respondents said they did plan to seek a cash rent reduction in 2021.

Farmers in May were somewhat less pessimistic about the short-run direction of farmland values than a month earlier, but continued to have a much more negative view than back in February. On the May survey, 29% of respondents said they expect farmland values to decline in the next 12 months, down from 35% a month earlier. This stands in sharp contrast to the 13% of respondents in February who expected values in the upcoming year to decline. 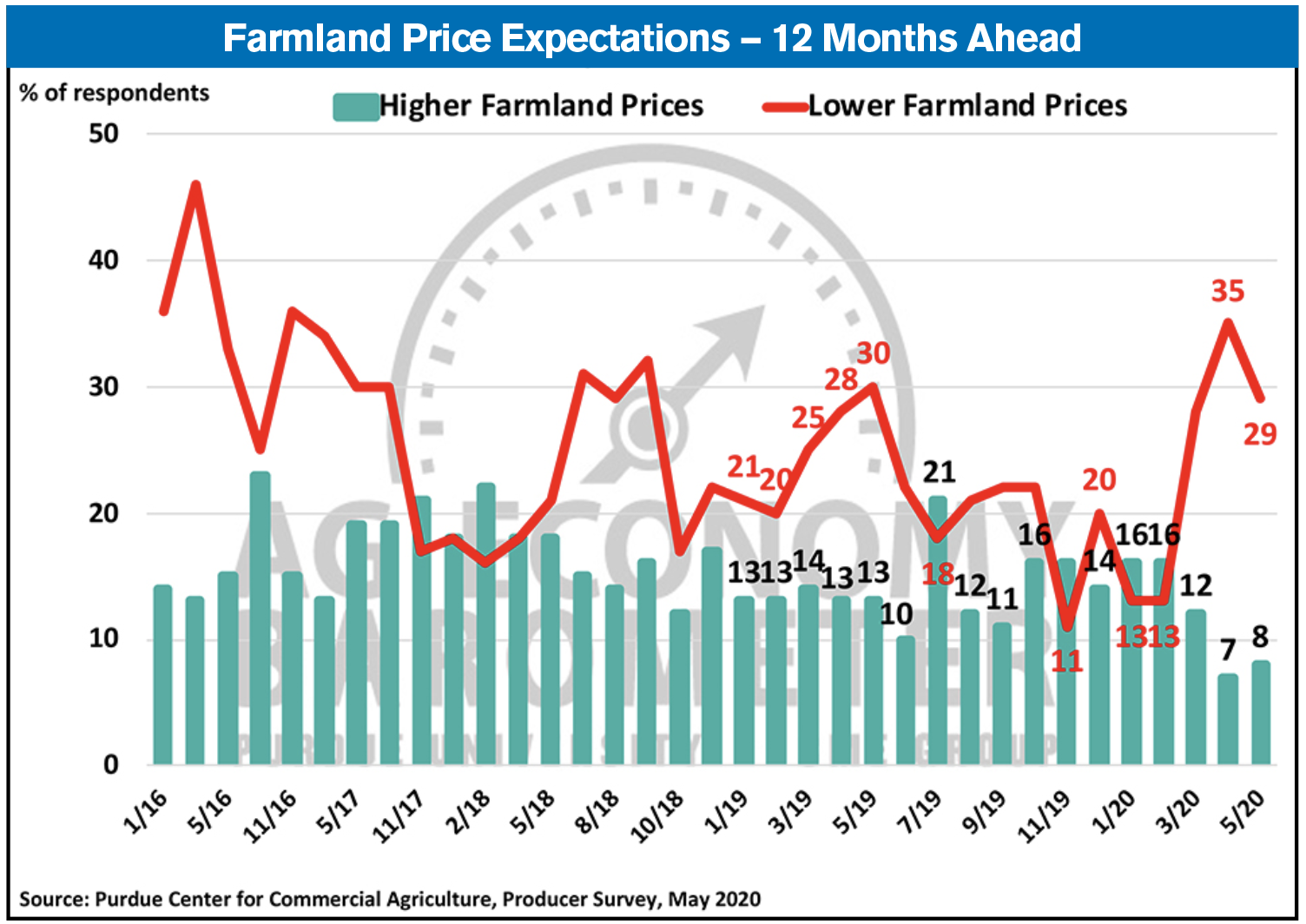