The Purdue/CME Ag Economy Barometer rose in November for the second month in a row, climbing to 153, 17 points higher than in October when the index stood at 136. This month’s rise in the ag economy sentiment index left the barometer tied with July for the highest barometer reading of 2019. Once again, the rise in the barometer was driven by improvements in farmers’ perceptions of both current economic conditions and their belief that conditions will improve in the future, with the biggest boost coming from improved perceptions of current conditions.

This month’s Index of Current Conditions rose from 115 in October to 153 in November while the Index of Futures Expectations climbed 7 points to reach a reading of 153. The Ag Economy Barometer and related indices are all based upon results from a nationwide telephone survey of 400 U.S. crop and livestock producers. This month’s survey was conducted from Nov. 11-15, 2019. As a result, most survey responses were received before USDA’s announcement on Nov. 15 that the second round of 2019 Market Facilitation Program (MFP) payments would be made to farmers in November. 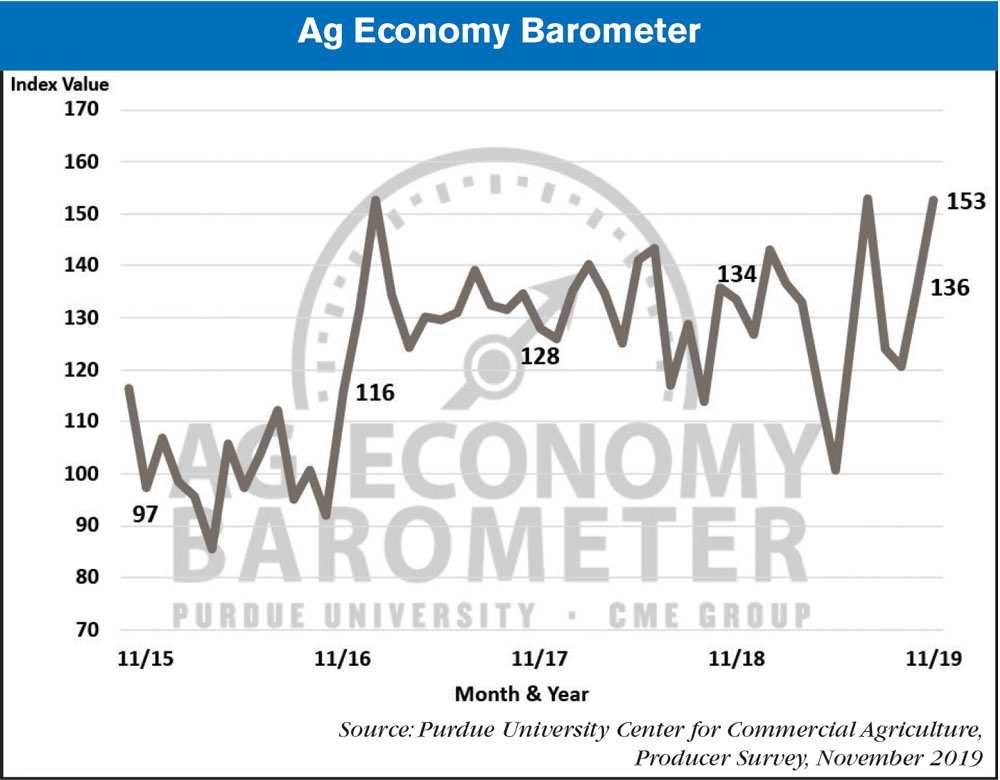 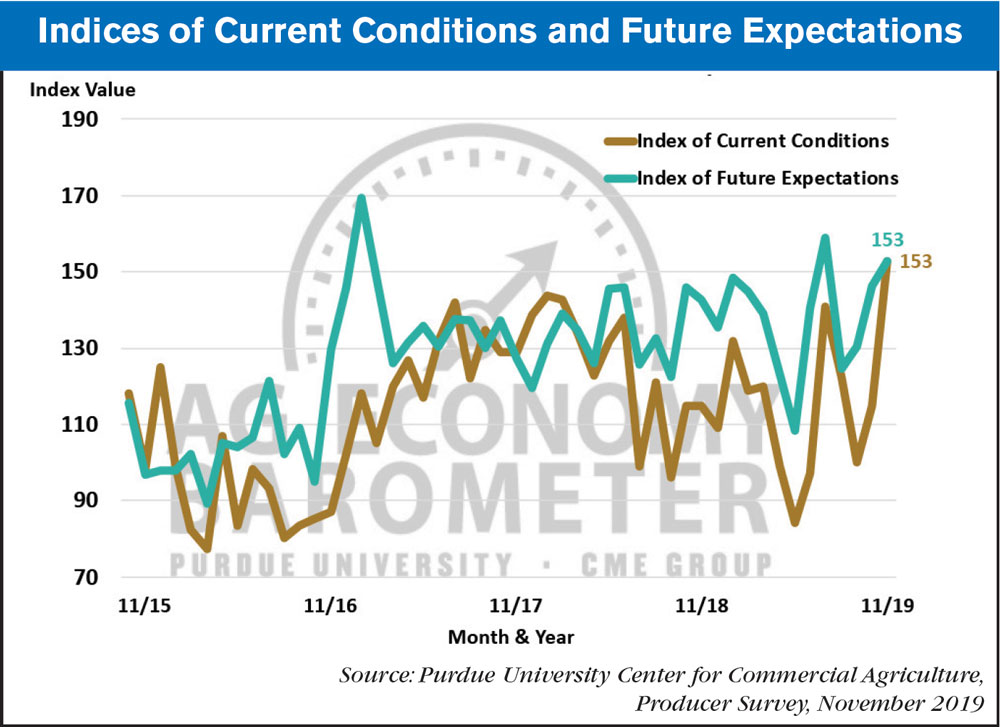 The Farm Capital Investment Index rose to a reading of 71 in November, up 12 points from a month earlier and 24 points higher than in September. This month’s rise in the investment index coincided with a sharp upward move in the Index of Current Conditions, suggesting that, as producers’ perspective regarding their farm’s current situation improved, they were more favorably inclined toward making farm capital expenditures. This month’s investment index reading was not only the highest of 2019 but the Farm Capital Investment Index’s highest value since February 2018. 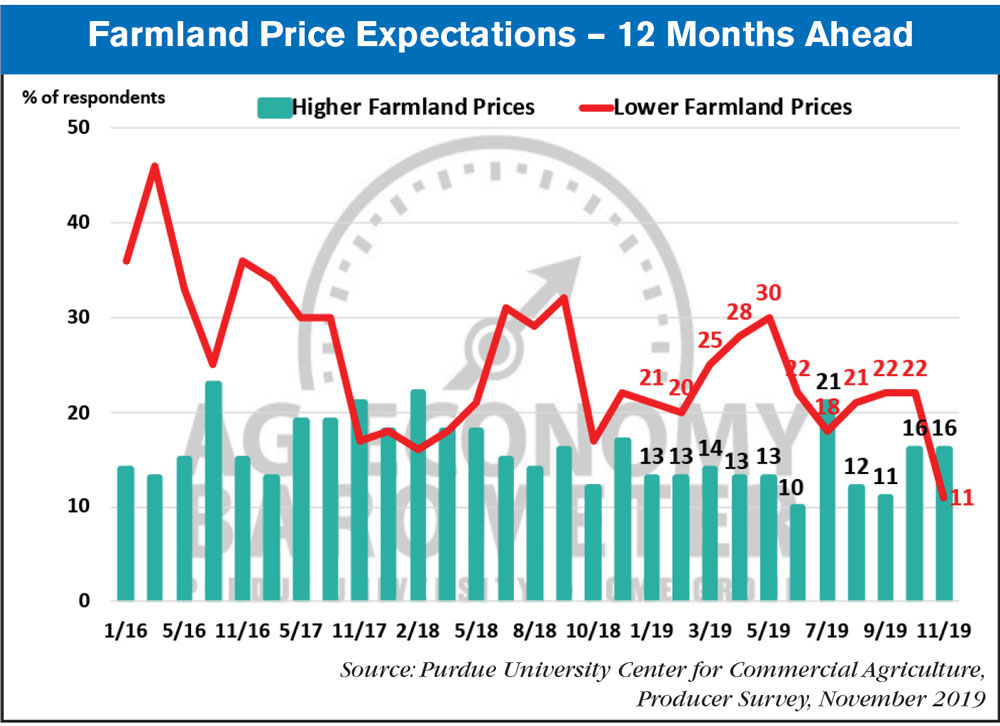 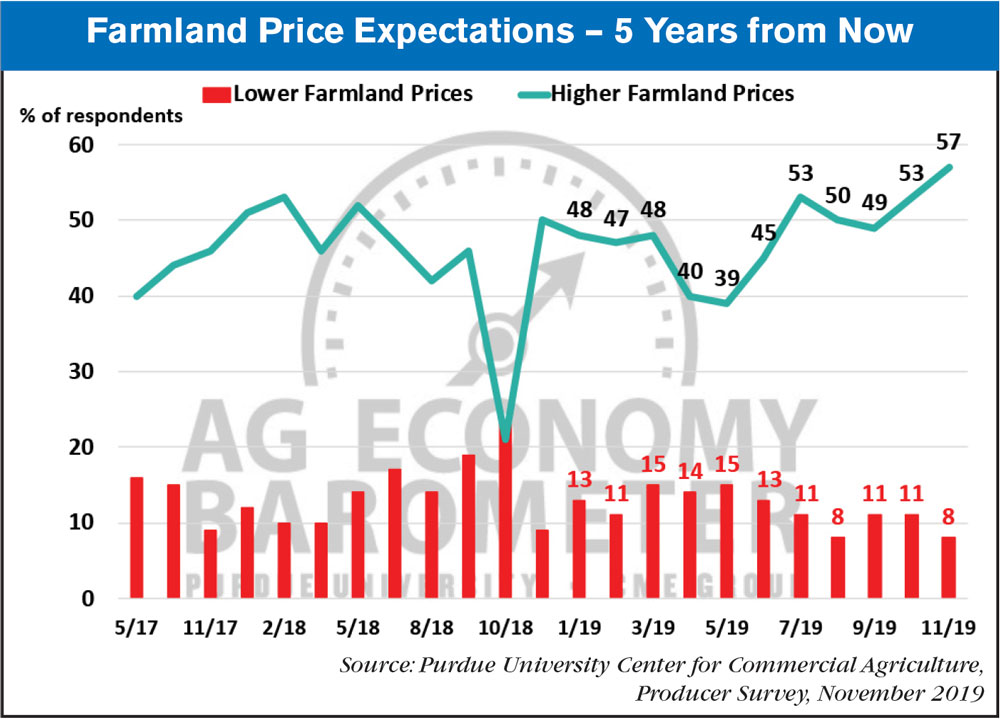