The most recent Beige Book (October 2019) released by the Federal Reserve System included conditions impacting agriculture throughout the country. In this edition, it noted that agricultural conditions deteriorated further due to the ongoing impacts of adverse weather, weak commodity prices and trade disruptions. 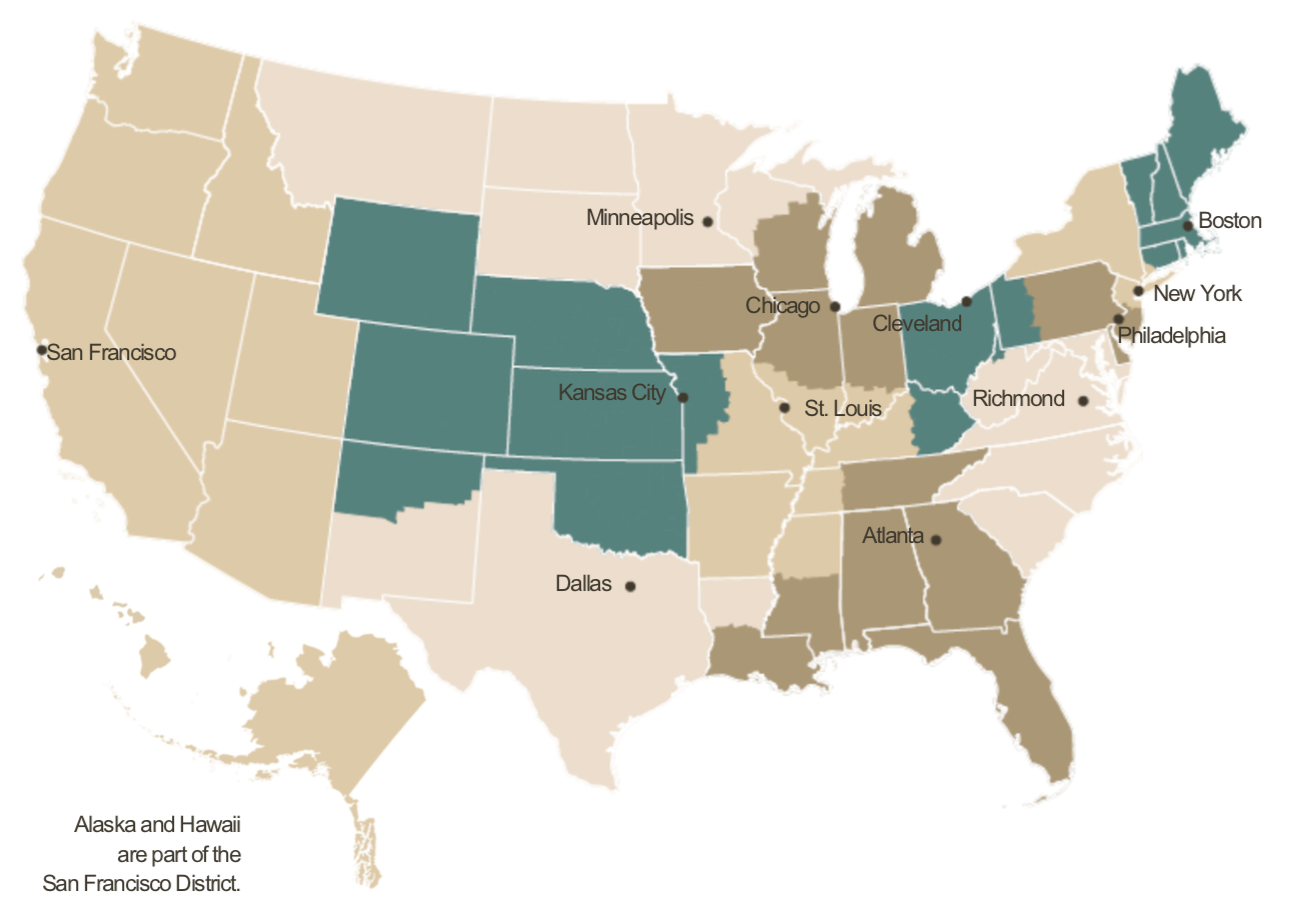 Agricultural conditions remained mixed. Reports indicated much of the District was drought-free, although parts of Alabama, Georgia, the Florida panhandle and Tennessee continued to experience abnormally dry to moderate drought conditions. The USDA designated several counties within the District as natural disaster areas due to damages and losses attributed to several inclement weather events this year. Cotton, corn and peanut production

forecasts were ahead of last year’s production while rice and soybean production forecasts were below. On a year-over-year basis, prices paid to farmers in July were up for corn and beef but down for cotton, rice, soybeans, broilers and eggs. However, on a month-over-month basis, prices increased for corn, cotton, rice and soybeans but declined for beef, broilers and eggs.

The corn and soybean harvest got off to a slow start in the District, as rains delayed fieldwork. In addition, the harvest started later than usual because heavy spring rains had delayed planting and crops were up to a month behind in maturity. Contacts had mounting concerns about how much of this year’s crop would be able to fully mature before a hard frost hits. Overall, contacts expected the harvest to be well below those of recent years. Corn and soybean prices moved higher, especially toward the end of the reporting period. Egg and dairy prices were up, but hog and cattle prices drifted down. Contacts noted that although there was still uncertainty about the size of China’s purchases of agricultural products, there was positive news for farmers in the newly announced trade deal with Japan and in recent adjustments to the implementation of the Renewable Fuels Standard that will support demand for biofuels.

District agriculture conditions have declined modestly compared with the previous report. Production and yield forecasts fell for corn and soybeans from August to September but improved for cotton. Expected rice production also declined over the same period, but expected yields ticked up. Relative to 2018, corn, rice and soybean production levels are projected to decrease sharply, largely due to the unusually wet weather and flooding during the planting season. However, cotton production levels are expected to improve compared with last year. The outlook among contacts remained relatively pessimistic due to depressed commodity prices and trade uncertainty. Farmers in southern Indiana also expressed concern over the recent lack of rain.

District agricultural conditions remained weak. Heavy rains that hampered crop planting this season have persisted into the fall and may complicate harvests in some areas, according to sources. Recent forecasts indicated that corn and soybean production in District states may decrease 10% and 20%, respectively, in 2019 compared with last year.

Agricultural economic conditions in the Tenth District generally remained weak. Major row crop and cattle prices were generally stable following sharp declines in the prior period. U.S. corn and soybean production was expected to decline slightly in 2019, but not enough to materially reduce large outstanding supplies. In contrast to other areas of the U.S., a slight increase in corn production was expected throughout the region and could contribute to a slight improvement in revenues. Conversely, soybean production was expected to be moderately lower and prices continued to be damped by ongoing trade disputes. In the livestock sector, recently disrupted beef production channels continued to put downward pressure on cattle prices, but stronger pork exports drove a moderate increase in hog prices. In addition, the distribution of 2019 USDA trade relief payments could provide additional short term support to farm cash flows.

Hot and dry weather continued across most of the District, with some parts of Texas entering severe to extreme drought. As a result, crop and pasture conditions deteriorated over the reporting period, though harvest was already well underway for row crops. Yields were favorable for much of the 2019 corn and sorghum crop, which at current crop prices has allowed many producers to cover their costs. Wheat and cotton yields were good but prices were below break-even levels. Contacts report a bearish outlook for cotton prices as export and domestic demand estimates are being cut due to slower economic growth and supply estimates are not being cut as much as anticipated. Trade issues were still very prominent in the minds of agricultural producers, however some contacts reported more optimism regarding a resolution.

Activity slowed further in the agricultural sector. Poor weather in Idaho damaged wheat harvests, while potato yields were lower than last year due to poor growing conditions earlier in the season. The outlook for Idaho’s corn crop was similarly weak due to colder-than-usual conditions. Demand for agricultural exports continued to run soft, with contacts generally citing tariffs and slower global growth as reasons for the decline in exports. A lumber producer in Oregon noted that lumber exports to China have dropped so much that the industry has started scaling back harvesting capacity to preserve domestic prices. An apple grower in Washington reported an oversupply of fruit in the market, and contacts in California noted that cherry and nut exports to China were down noticeably. Demand from abroad for various meat products was also weak due to tariffs, though a negative supply shock in the Chinese pork industry continued to drive stronger-than-usual demand for swine exports. A contact in California reported that demand for farmland has fallen recently due to realized and potential effects of trade policy developments, resulting in moderating land prices.

In the agriculture sector, crop prices softened overall due to weaker demand from abroad, though some products saw higher selling prices on net due to lower yields following poor growing conditions. Lenders to the agriculture sector in the Mountain West were concerned about weakness in that industry leading to loan defaults down the road. Generally, however, contacts reported that credit quality was healthy, with a few bankers noting slightly tighter underwriting standards.