The most recent Beige Book (August 2019) released by the Federal Reserve System included conditions impacting agriculture throughout the country. Overall, it found that agricultural conditions “remained weak as a result of unfavorable weather conditions, low commodity prices and trade-related uncertainties.” 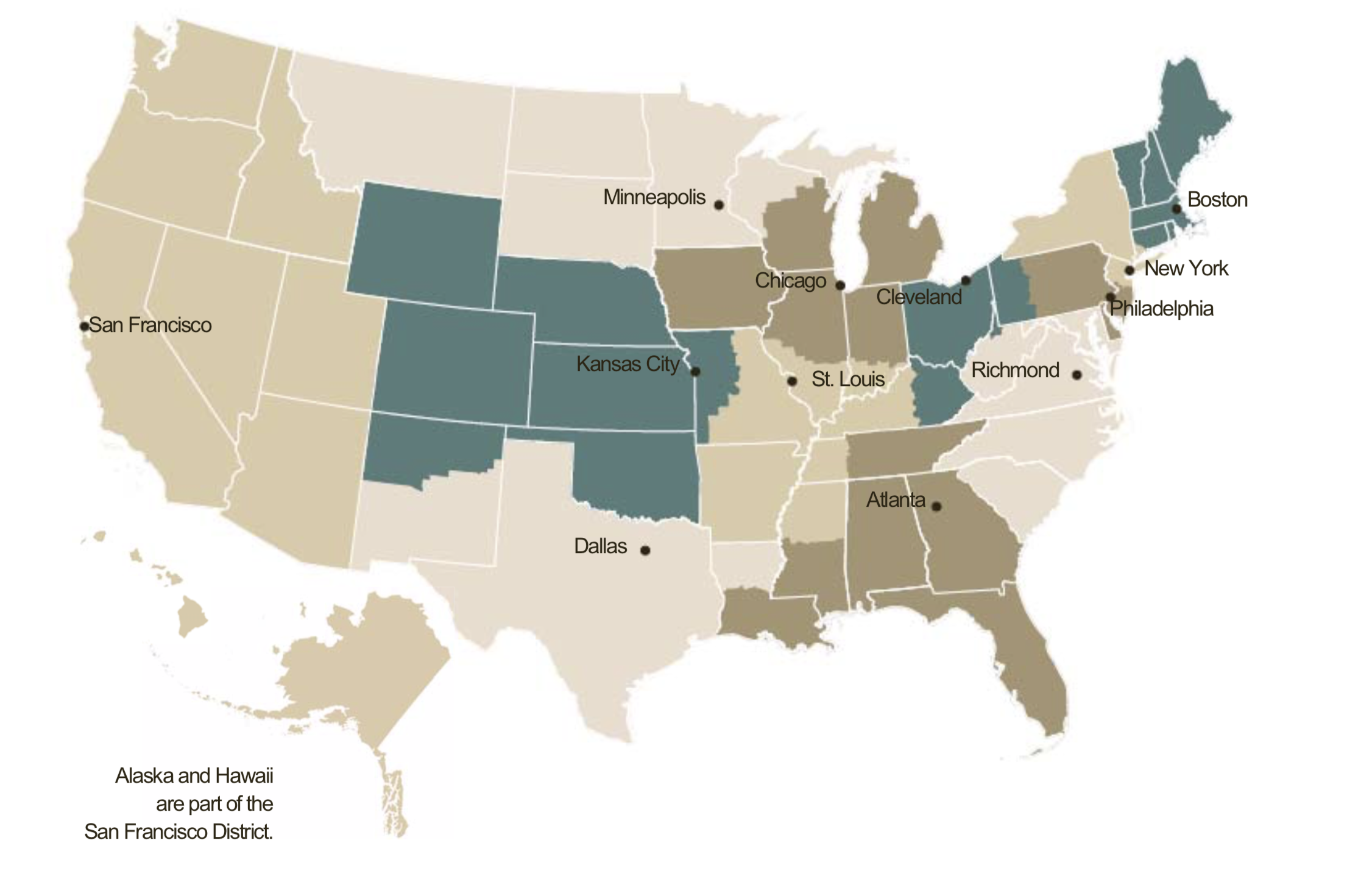 Weather effects varied across the district. For example, a farmer in Maryland saw improvement this year due to more favorable weather conditions and remarked that other farmers in their area, except for dairy, seemed to be doing well. In contrast, a farmer in South Carolina said that the heat and lack of rain were hurting crops. In general, trade issues and low commodity prices were hurting farmers, including by lessening their ability to repay loans and by reducing their desire to purchase new equipment.

Agricultural conditions across the district were mixed. Recent reports indicated much of the district was drought-free although parts of Alabama, Georgia, the Florida panhandle and Tennessee experienced abnormally dry to moderate drought conditions. Some producers in Louisiana reported crop damage due to Hurricane Barry. Average farm real estate values in the district rose year-over-year with the exception of Georgia, where values declined. On a year-over-year basis, prices paid to farmers in June were up for corn and beef but down for cotton, rice, soybeans, broilers and eggs.

Farm income prospects improved some but remained poor for most agriculture sectors. Expectations for corn and soybean output improved some but were still much lower compared to a year ago, and the condition of crops was highly variable. Crop development was as much as a month behind normal because the wet spring delayed planting. Prices for corn and soybeans declined. Egg and dairy prices moved higher, while hog and cattle prices moved lower. Contacts noted that another round of payments from the Market Facilitation Program, along with other government programs, were helping to make up for low farm incomes.

District agriculture conditions were down modestly from the previous reporting period. Compared with mid-July, the percentages of cotton and rice rated fair or better declined modestly, while those for corn and soybeans declined slightly. Relative to the previous year, the percentage of all four crops rated fair or better declined moderately. District contacts indicated that farming conditions remained strained due to low commodity prices and lingering effects from the unusually wet weather and flooding in the spring. New government assistance to farmers is expected to provide some short-term alleviation.

Natural resource extraction conditions rose slightly from June to July, with seasonally adjusted coal production increasing 1.8%. Additionally, July production was 0.8% above that of a year ago.

District agricultural conditions remained weak. Recent estimates lowered the planted acreage and expected production for corn, soybean and spring wheat in District states compared with last year, due in part to heavy rains and flooding. Respondents to the Minneapolis Fed’s second quarter (July) survey of agricultural credit conditions indicated that farm income and capital spending decreased relative to a year earlier, with further declines expected for the coming three months. However, some contacts expressed optimism about a recent rally in commodity prices. District oil and gas exploration activity as of mid-August was down relative to the previous report. District iron ore mines continued to operate at near capacity; a Minnesota facility finished a $100 million equipment upgrade that would allow it to produce higher-grade ore.

Higher temperatures and a lack of rainfall negatively impacted the agriculture sector over the past six weeks, with drought conditions creeping back into parts of the district. Dryland grain crops were largely well established before weather conditions deteriorated, so solid yields were expected. Irrigated crops planted later in the growing season were feeling more of the negative impact of the weather. Most agricultural commodity prices moved down over the reporting period, prompting some pessimism among agricultural producers.

Activity slowed somewhat in the agricultural sector. Inclement weather negatively affected both the timing and yield of harvests across different states. Intense storms halved cherry crops and delayed tomato and grain harvests. Unseasonably high temperatures depressed California almond yields, though their impact was somewhat offset by an increase in the number of almond trees in production. Demand for agricultural products generally softened, both externally and domestically with notable exceptions in nuts and grapes markets. Trade tensions, a strong dollar and a less optimistic economic outlook were identified as the main factors behind slower overall demand. Producers of beef, poultry, and pork products sought alternative markets after further escalation of trade tensions with China. Fruit and wheat farmers in the Pacific Northwest noted a decline in their export business. Lumber producers reported weakening demand for their products nationally. A contact in Central California observed stable prices but lower demand for farmland. In the utilities sector, electricity sales and excess capacity remained on par with levels earlier in the year.