The FCA (Farm Credit Administration) recently released its quarterly analysis of the agriculture sector, including its tracking of commodity prices, margins, farm programs, and crop insurance. 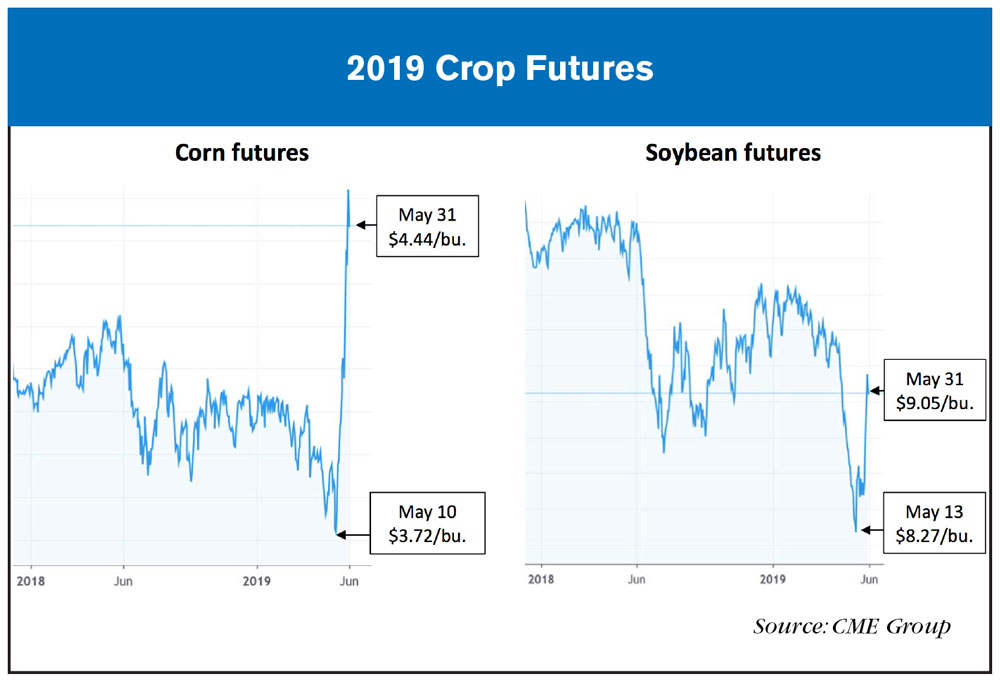 Bad weather topped the list as one of the main reasons that commodity prices jumped in May, from $3.72/bu. of corn to $4.44/bu., marking a 19.4% increase. Soybean prices rose by 9.4%, from $8.27/bu. to $9.05/bu. On the downside, soybean stocks-to-use ratio declined only slightly from 2018, hovering around 23% percent. Additionally, soybean margins for 2019 are set to be negative for the first time since 2015, with the only hope for profit coming from the pending 2019 Market Facilitation Program payments. Corn’s stocks-to-use ratio also rose in 2019, landing at around 17%. Margins for corn were hovering around the breakeven point, with the possibility of rising into profit with the pending MFP payments. 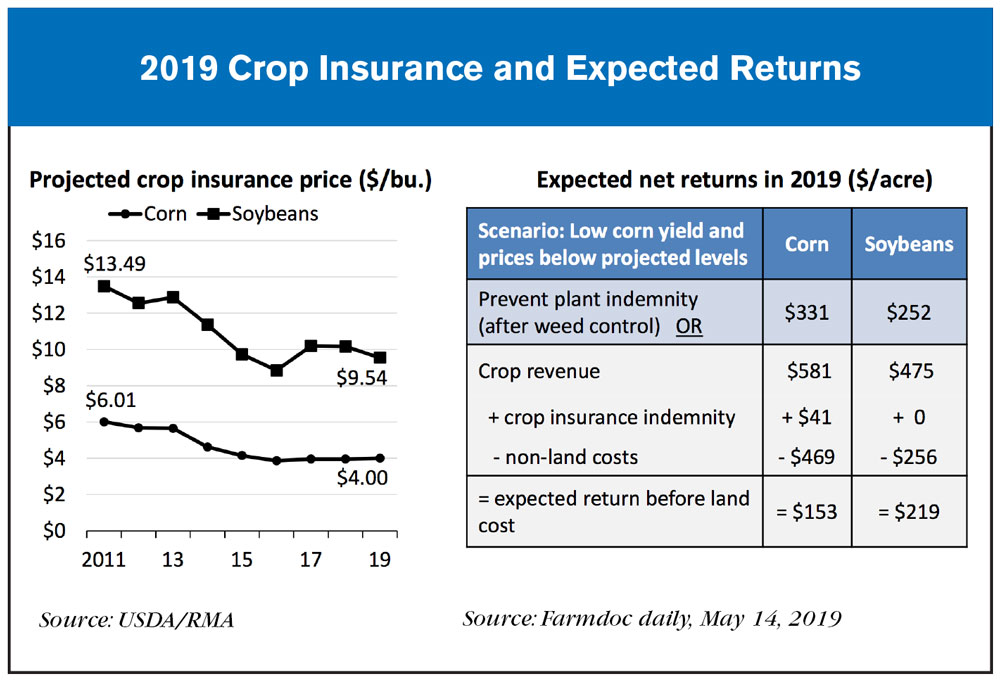 Wheat continued to hold more stock than use, with the stock-to-use ratio hovering around the 55% mark. This continues a trend that began in 2016, when wheat stock-to-use ratios rose to around 53%. More positive news comes from the closing of wheat’s loss margins, up from -1.31 in 2018 to a projected -0.41 in 2019, with the possibility of MFP payments to push it even higher. 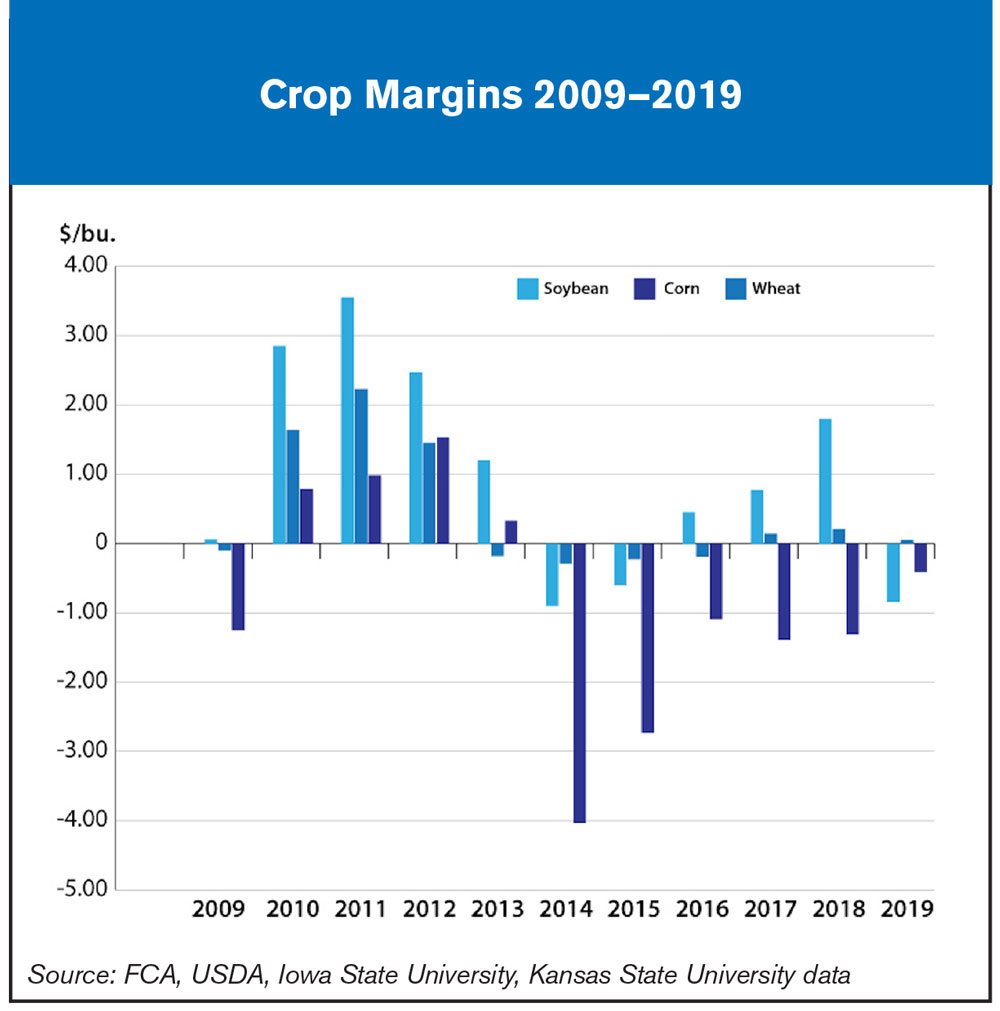