Bankers responding to the fourth-quarter survey reported overall weaker conditions across most regions of the Eleventh District. They pointed to extreme drought conditions that made a hard year even harder, with crop yields below average in some regions. Cattle seem to be doing well despite dry conditions. Some contacts noted government aid such as the Coronavirus Food Assistance Program has helped producers make their loan payments on time. Demand for agricultural land in some areas continues; however, bankers indicated the land is not for production agriculture but for investment and residential development.

Demand for agricultural loans continued to decline, with the loan demand index registering its 21st quarter in negative territory and its lowest level since late 2011. Loan renewals or extensions increased this quarter, while the rate of loan repayment continued to decline. Loan volume decreased across all major categories compared with a year ago. 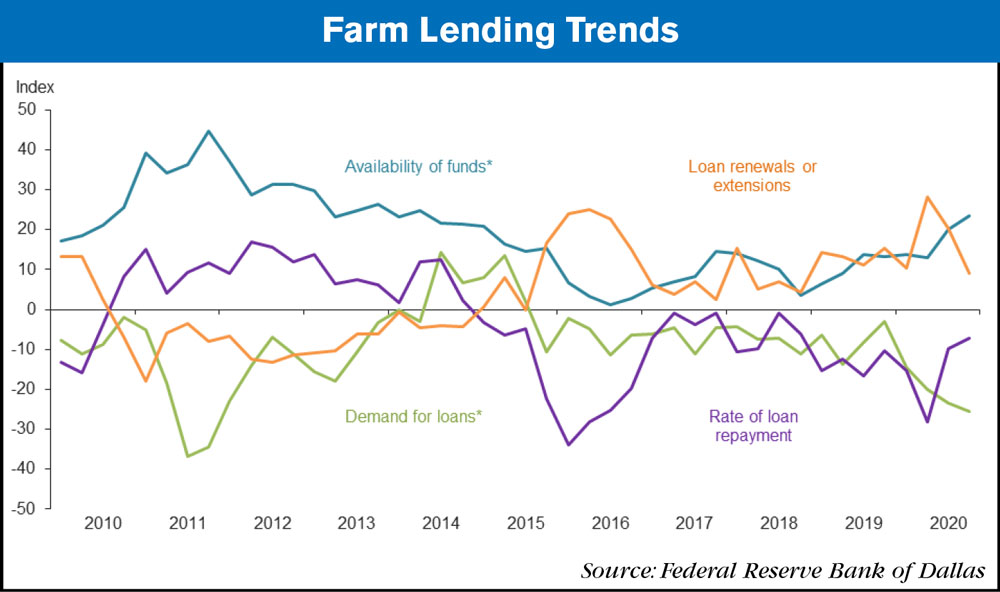 Irrigated, ranchland and dryland values all increased this quarter. According to bankers who responded in both this quarter and fourth quarter 2019, nominal irrigated cropland and ranchland values increased year over year in Texas and southern New Mexico. 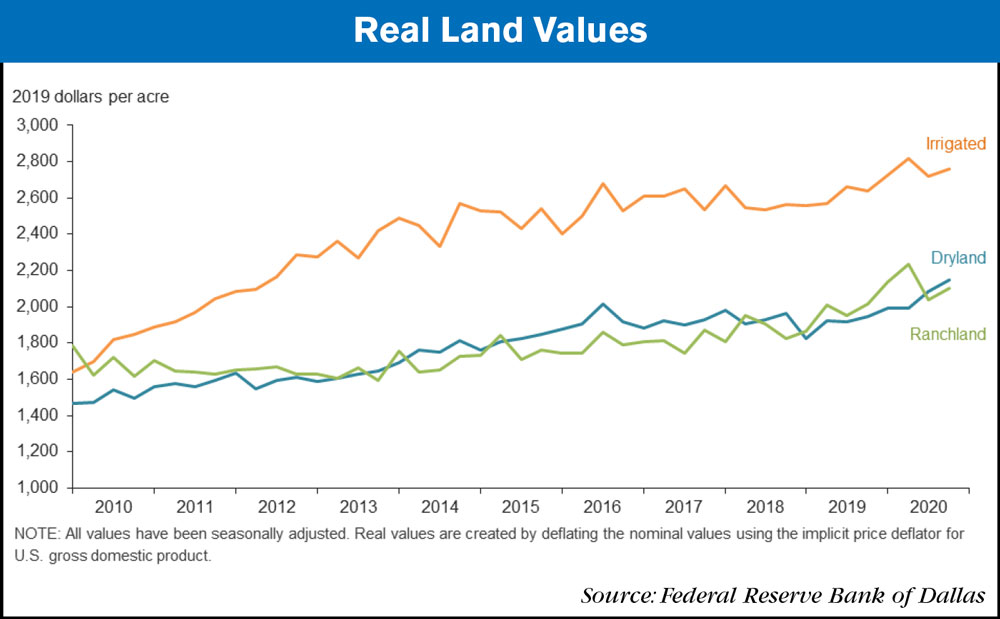 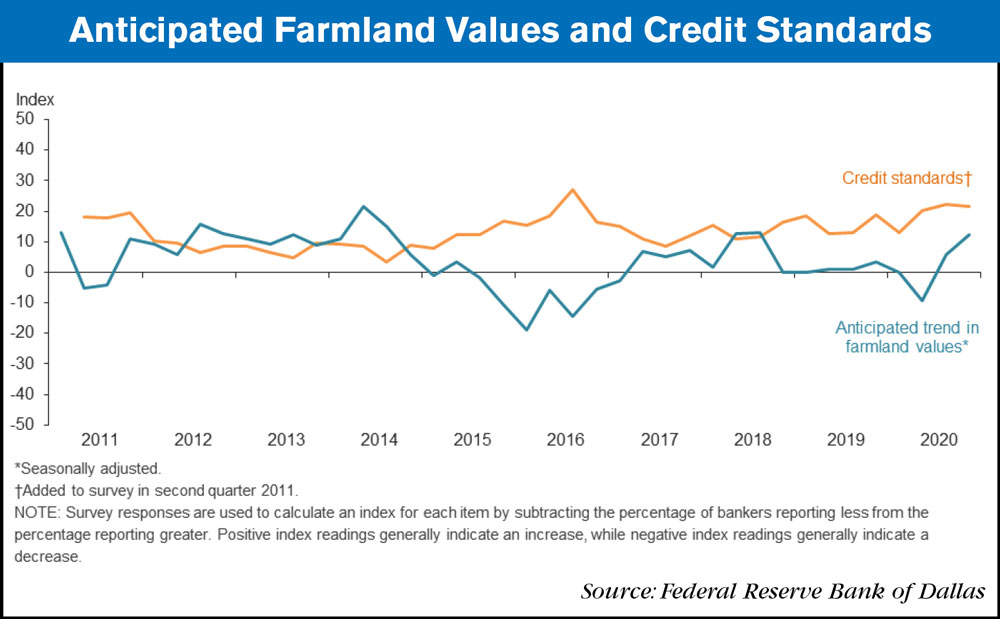