Deere’s May Retail Sales Mixed vs. Rest of Industry

Following AEM’s release of the May 2019 North American retail tractor and combine sales, John Deere announced its retail sales as they compared with the rest of the industry. Overall, Deere’s numbers were mixed vs. the rest of the ag industry. 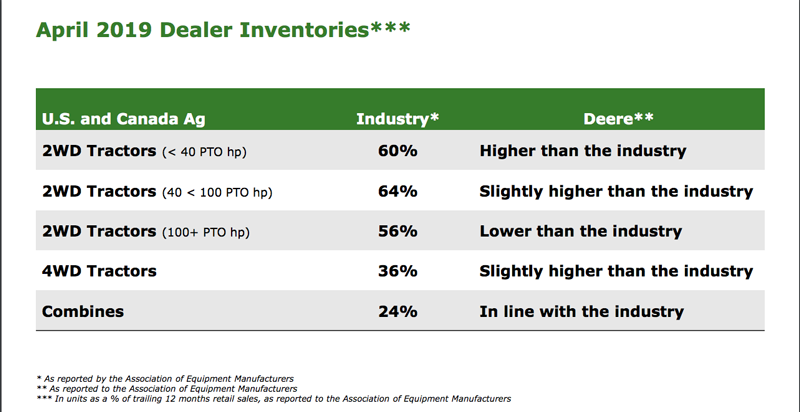 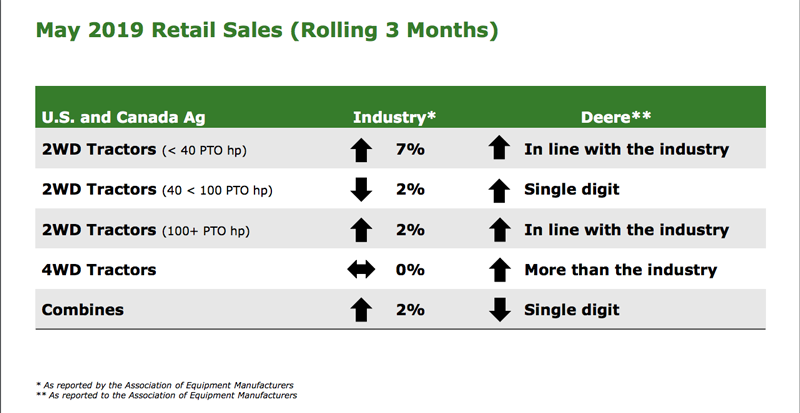 For combines, Deere was down single digit while the rest of the industry was up 2%. 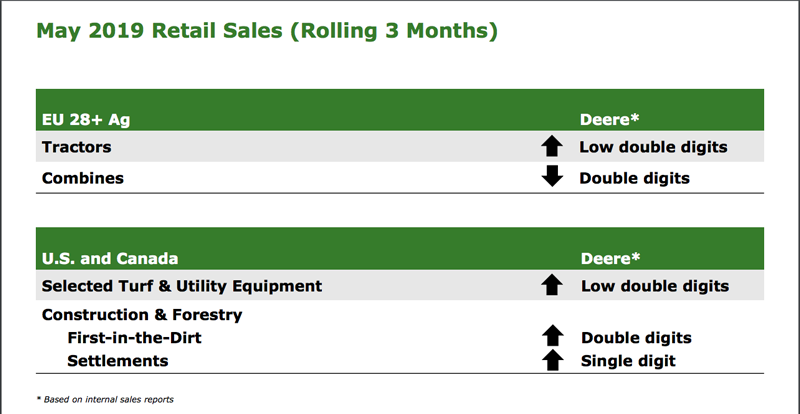 Deere's Sales & Inventory Better Than Rest of Industry in September