The Equipment Leasing & Finance Foundation released the May 2019 Monthly Confidence Index for the Equipment Finance Industry (MCI-EFI) today. Designed to collect leadership data, the index reports a qualitative assessment of both the prevailing business conditions and expectations for the future as reported by key executives from the $1 trillion equipment finance sector. Overall, confidence in the equipment finance market improved in May to 59.2, up from the April index of 58.3.

This month marks the 10th anniversary of the MCI-EFI, which was launched in the wake of the 2008 recession to provide industry participants with greater insight and context for industry statistics and performance.

When asked about the outlook for the future, MCI-EFI survey respondent Michael DiCecco, executive managing director, Huntington Asset Finance, said, “Our customers continue to be generally positive, delivering solid business performance and investing in equipment. Should that sentiment continue, I believe the equipment finance industry will have another good year.”

Two bankers offered their thoughts on conditions in agriculture that are affecting sales and leasing of farm machinery.

“I’m optimistic about low unemployment levels and the pace of new car purchases. I am concerned that trade wars will create pockets of economic hardship, such as alternative energy and agriculture, and that the issues will spread to related industries.” Quentin Cote, CLFP, President, Mintaka Financial LLC

“We are beginning to see producers and agribusinesses make capital investments after years of belt-tightening. Activity has picked up but continues to be challenged by low commodity prices and uncertainty over trade tariffs.” Michael Romanowski, President, Farm Credit Leasing Services Corp. 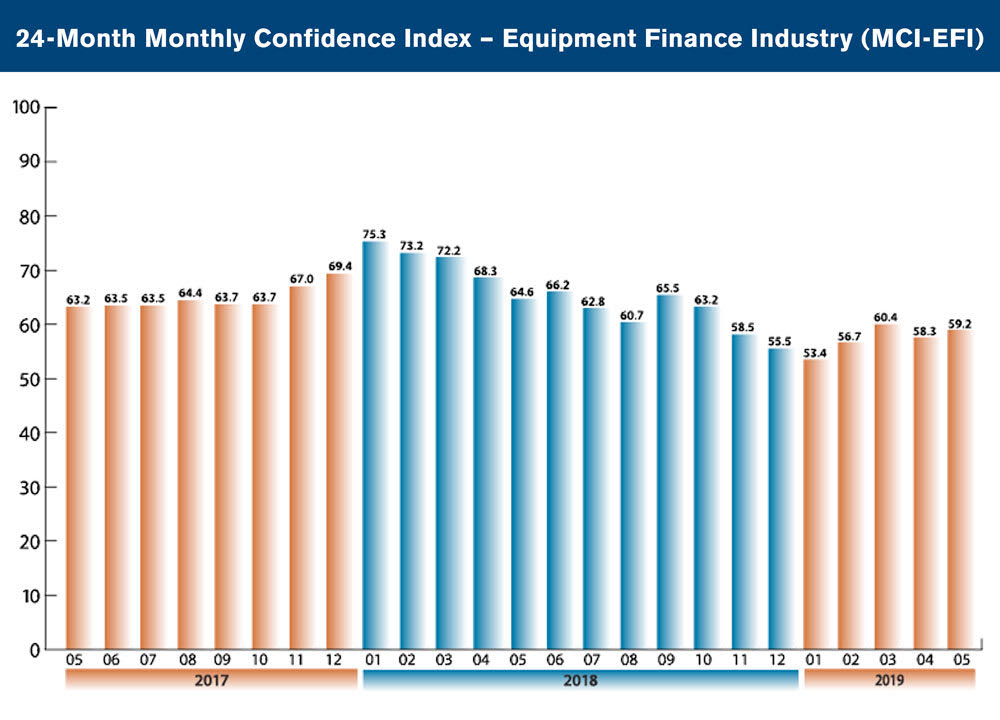