Results of the December 2018 Purdue University/CME Group Ag Economy Barometer indicates that U.S. farmers aren’t sure making capital expenditures for their farms is a good idea just yet.

James Mintert and Michael Langemeier, authors of the report released earlier this week, said, “Producers interest in making large investments in their farm operations waned somewhat in December as the Large Farm Investment Index fell to a reading of 51, 5 points below a month earlier but still 9 points higher than in September, when it reached its lowest reading of the last 3 years. The investment index remains well below a year ago, when it reached a reading of 70, suggesting farmers are wary of making substantial farm investments given current financial conditions on their farms.” 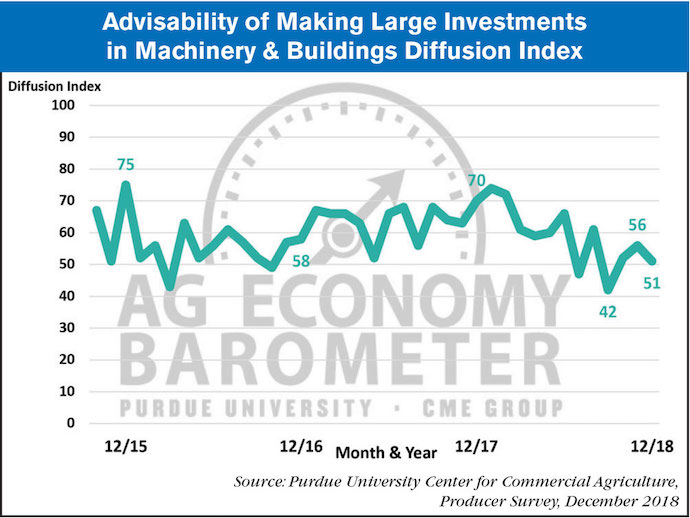 At the same time, most of the survey respondent still believe ag exports are likely to increase in the future. The report authors explained, “Concerns about agricultural trade continue to dominate headlines. To track farmers perceptions about future exports we have repeatedly asked farmers whether they expect U.S. agricultural exports to increase or decrease in the upcoming 5 years. Responses to this question became more positive from April through November 2018, but that changed on the December survey as the percentage of producers expecting exports to increase declined from 66% in November to 59% in December and the percentage expecting exports to decrease increased from 10% in November to 26% in December.” 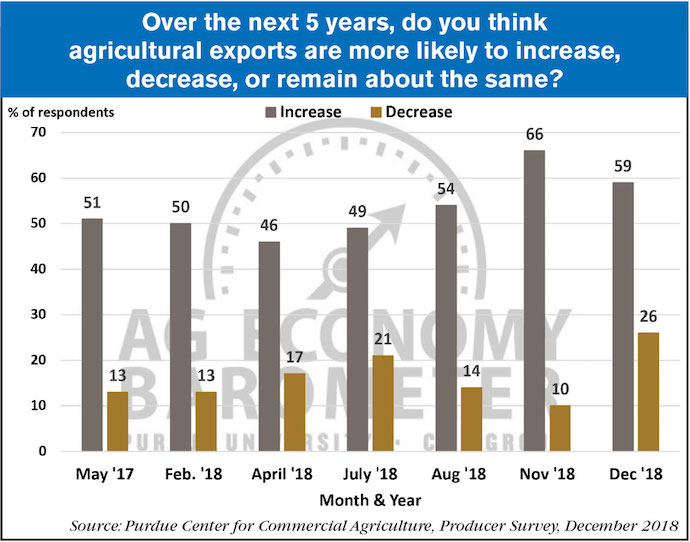 Agricultural producers’ expectations for agricultural exports over the next 5 years, May 2017-December 2018.