Under 40 Horsepower Tractors — Our year-to-date forecast remains within 6.6% of the actual number while this category continues to maintain strength in retail sales. Field inventory levels remain well above our forecasted levels and we expect them now to end the year in the 70,000 unit level. The major influence on this category of tractors has been the general economy and the indicators are that it will remain strong for the remainder of the year. 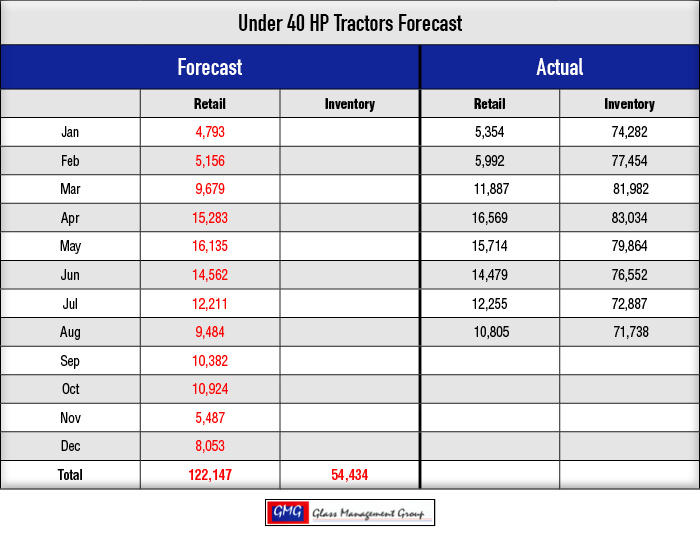 40 – 99 Horsepower Tractors — This category also remains within 6% of our year-to-date forecast. As has been discussed in prior months, the lower end of this category (40 – 60 horsepower) is also driven primarily by the general economy since these tractors are purchased by similar end users as the <40 horsepower class tractors. 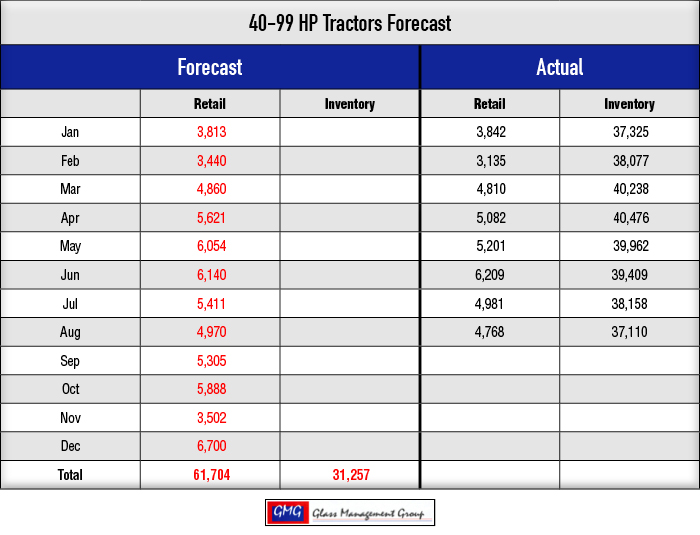 100 + Horsepower Tractors — The demand for larger tractors is certainly much less than what we originally forecasted and the year-to-date total is 20% less than our original forecast. The purchase of these units is certainly driven by the agricultural economic conditions and those conditions are less than sparkling this year. 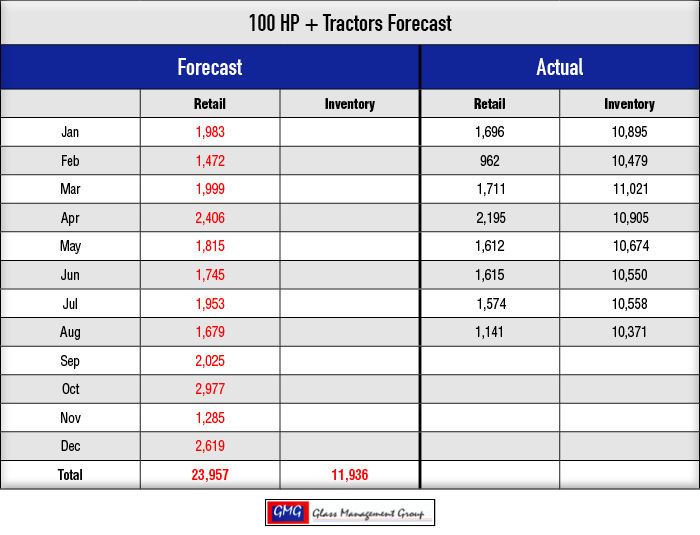 4WD Tractors — Our year-to-date forecast is slightly closer in this category but we were more than optimistic with this group, also. This range of tractors, much like the 100-plus horsepower category, reacts to the agricultural economic situation and is much lower than 2015’s levels. 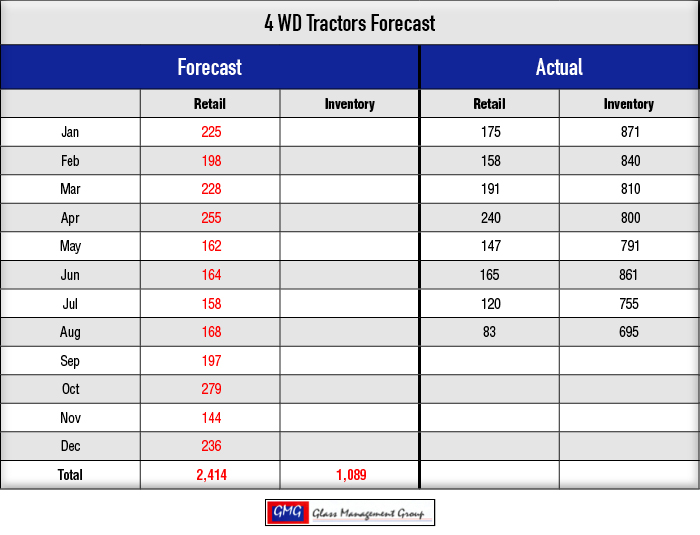 Combines — Our year-to-date forecast for combines is another case of over-forecasting for 2016. Actual results are about 16.7% below our forecast. 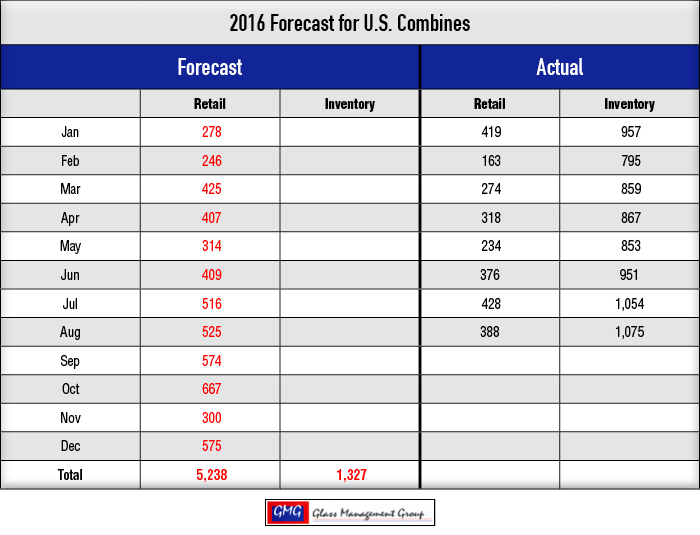 The Elephant in the Room

Each time that Farm Equipment surveys dealers used equipment continues to be among their biggest worries. The past effects of Section 179 Bonus Depreciation has filled dealer’s lots with a large number of relatively new, low hour tractors, combines and other equipment and these units have had an effect upon the sale of new equipment.

In a conversation recently with my friend and retired Case IH executive Jim Irwin, he mentioned the current problem of leased equipment being returned at lease end and adding to the high value used products on dealer lots. Even though the dealer typically has only a small ownership in these units they do become a bit of a problem in disposing of their own used equipment.

During the nearly 5 decades of working with dealer organizations we have found that there are four categories of buyers that make up the typical dealer’s customer base.

I was recently asked my view concerning the end of the current slump in agricultural equipment sales and my response was that we probably have 2 or 3 more years before we would see a return to “normal” levels.  Our markets reached their pinnacle during the 2010-13 selling seasons and there were a number of unusual circumstances that contributed to that market success.

The U.S. Dollar was at a low ebb against other international currencies during that period and had the effect of making our export commodities a rare bargain for buyers worldwide. Those international bidders help to bring commodity prices to record levels during those years. We also had the impact of the Section 179 Bonus Depreciation and there was a rush of buying at year-end to take advantage of this opportunity. Net Farm Income for those years was on a continual rise and farmers were flush with cash and upgraded their fleet at that time.

The key element out of these circumstances was the increasing level of the net farm income for U.S. farmers. That number began to fall in 2014 as the events fueling the buying flurry began to wane. 2015 saw a significant decrease in Net Farm Income and the forecast for 2016 is equally as bleak.  Our models have shown that net farm income is a major indicator of future equipment sales. Until we begin to see an increase in those numbers the market for agricultural equipment will remain subdued.

Soybean prices remained in the sub $10 range during the month but are still above the production cost for the crop. Export demand has remained fairly strong with China being a major purchaser.

China has experienced a glut of corn inventory in recent years and just recently made the decision to increase their soybean production. This would include turning corn acreage into soybeans which would help reduce the corn production and the growing corn stockpile, while increasing soybean production to help fill the domestic need that is now being supplied by imported commodities.

Dealers marketing to the lifestyle farmers are having an excellent year while those dealers in the production agricultural areas are seeing a much less buoyant sales year. While we recognize that the agricultural equipment market is not strong this year, there is always hope that next year will be better. In order for that to take place, circumstances that are often beyond our control will have to change. The upcoming election will most certainly play an important role in the future of agriculture and an improvement in the current business climate.