In today’s newscast, Technology Editor Jack Zemlicka reports on the latest movements in Deere’s battle with the U.S. Department of Justice. We also cover the latest crop production report from USDA, the U.S. Supreme Court’s decision to not review a request by manufacturers to overturn New Hampshire’s dealer protection law, a new report from Rabobank on dealers’ need to reinvent themselves and Art’s Way’s latest financial report.

This week, John Deere filed a response to the U.S. Department of Justice’s lawsuit seeking to block the company’s planned purchase of Precision Planting from The Climate Corp.

Responding to allegations that the acquisition would limit competition, particularly in the high-speed planter market, Deere contends that the DOJ is misinterpreting the market and that planter speed is only one of many factors farmers consider on their operation.

The response also argues that the acquisition would increase product and technology choices for farmers, rather than limit them, as stated in the DOJ complaint. Ken Golden, director of global public relations for Deere and Co., says the lawsuit is designed to protect a competitor, not competition.

In an effort to strengthen its position, Deere this week also announced a planned agreement with Ag Leader Technology to allow the independent precision supplier to license and develop Precision Planting products.

The agreement is contingent on Deere’s acquisition of Precision Planting, but if completed, would broaden market availability for high speed planter technology, according to Golden.

“This action is being taken in direct response to the need to have a more competitive environment. If we are able to complete the acquisition of Precision Planting, Ag Leader will take the technology and the intellectual property and continue to advance these products on their own, independently of Deere, whichever direction they want to go with it and Deere and Precision Planting will move forward. This will create more competition as well as the fact that the Precision Planting products will be still included in the potential for adding and retrofitting to all brands of equipment.”

While the planned agreement with Ag Leader could expedite an end to the pending litigation, the civil trial is scheduled to begin on Feb. 27.

Overall, U.S. corn production is forecast to be up 11% to 15.1 billion bushels vs. a year ago, but yields were lowered by one bushel to 173.4 bushels per acre. If the forecast holds, this would be the highest yield and production on record. USDA raised its estimated corn price by $0.05 a bushel to $2.95-$3.55.

Corn exports are expected to be higher than estimated earlier this year.

Soybean production is also expected to set a record at 4.27 billion bushels, up 9% over last year. Yields are expected to average a record 51.4 bushels per acre. Soybean pricing was unchanged at $8.30-$9.80 a bushel. 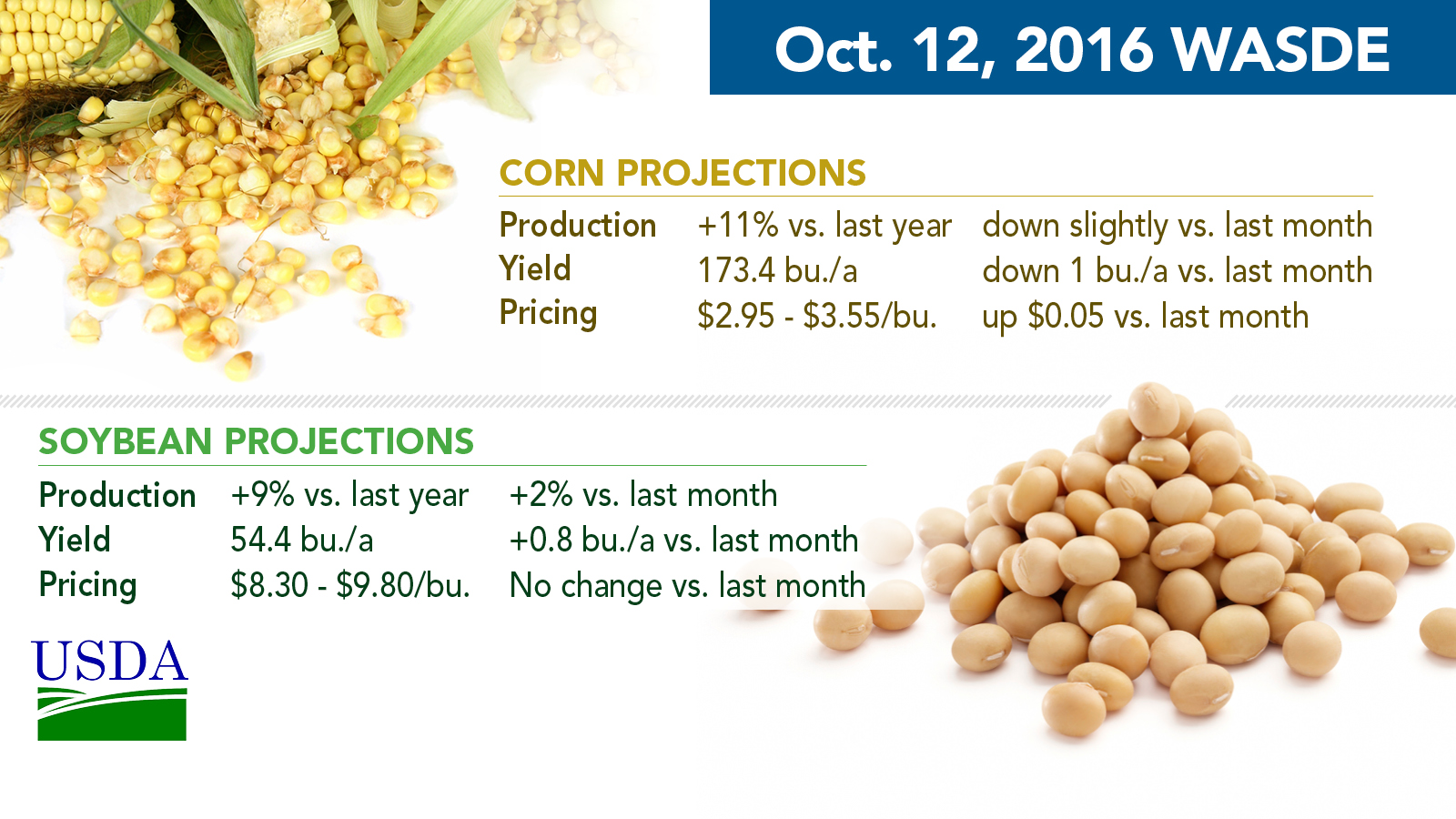 On Oct. 3, the U.S. Supreme Court denied the request filed by a group of manufacturers to review and overturn New Hampshire’s dealer protection law. The law was passed and signed in 2013.

The law, known as the “Dealer Bill of Rights,” has been subject to numerous legal appeals by manufacturers at the state and appellate court levels. Earlier this year, the New Hampshire Supreme Court sided with the dealers.

The manufacturers then sought review by the United States Supreme Court, which has now denied the request.

The law includes common sense provisions for dealers that define what constitutes good cause for a manufacturer or supplier to cancel or terminate a dealer. It also provides dealers with more flexibility when selling their business, limits capital upgrades to facilities and includes a “buy local” provisions when updating facilities when required and proper reimbursements for warranty work done by dealers.

We spoke with Tim Wentz, field director for the Northeastern Equipment Dealers Assn. about the ruling.

The Need for Dealer Reinvention

The farm equipment dealership of today will likely need to make some changes if it’s going to continue to find success. That’s according to a Rabobank report titled “The Dealer’s Choice: Options for Equipment Sellers to Reinvent Themselves.”

The ag industry has been under pressure for quite some time. Farmers are in a difficult position where they’ve lost money for three consecutive years. Dealers have reacted through cost cutting activities; rationalizing their store counts; reducing excess inventory; and focusing on other services. But these only defend their margins. They don’t make up for revenue in lost sales, according to the report.

We spoke with author of the report, Ken Zuckerburg, about what dealers need to do going forward to remain successful.

“We think the sector needs to transform itself given our expectation that demand will not pick up until 2019. The call to action is product extension as a better way to capture value as opposed to just simply consolidation of dealers with each other, again to improve returns and growth.”

Doing nothing is a risky strategy. Instead, Zuckerburg says dealers should consider 5 strategies to help them until 2019, when he anticipates the market will return.

One is enhancing their parts repair service and rental capabilities. They could also expand their product offerings to include small, medium and large sized equipment. Or sell and service new types of precision equipment like autonomous tractors, UAVs and drones. The fourth option is to provide value added agronomic services to customers existing in their client base. Finally, he says dealers should consider cross-selling data and precision farming services. 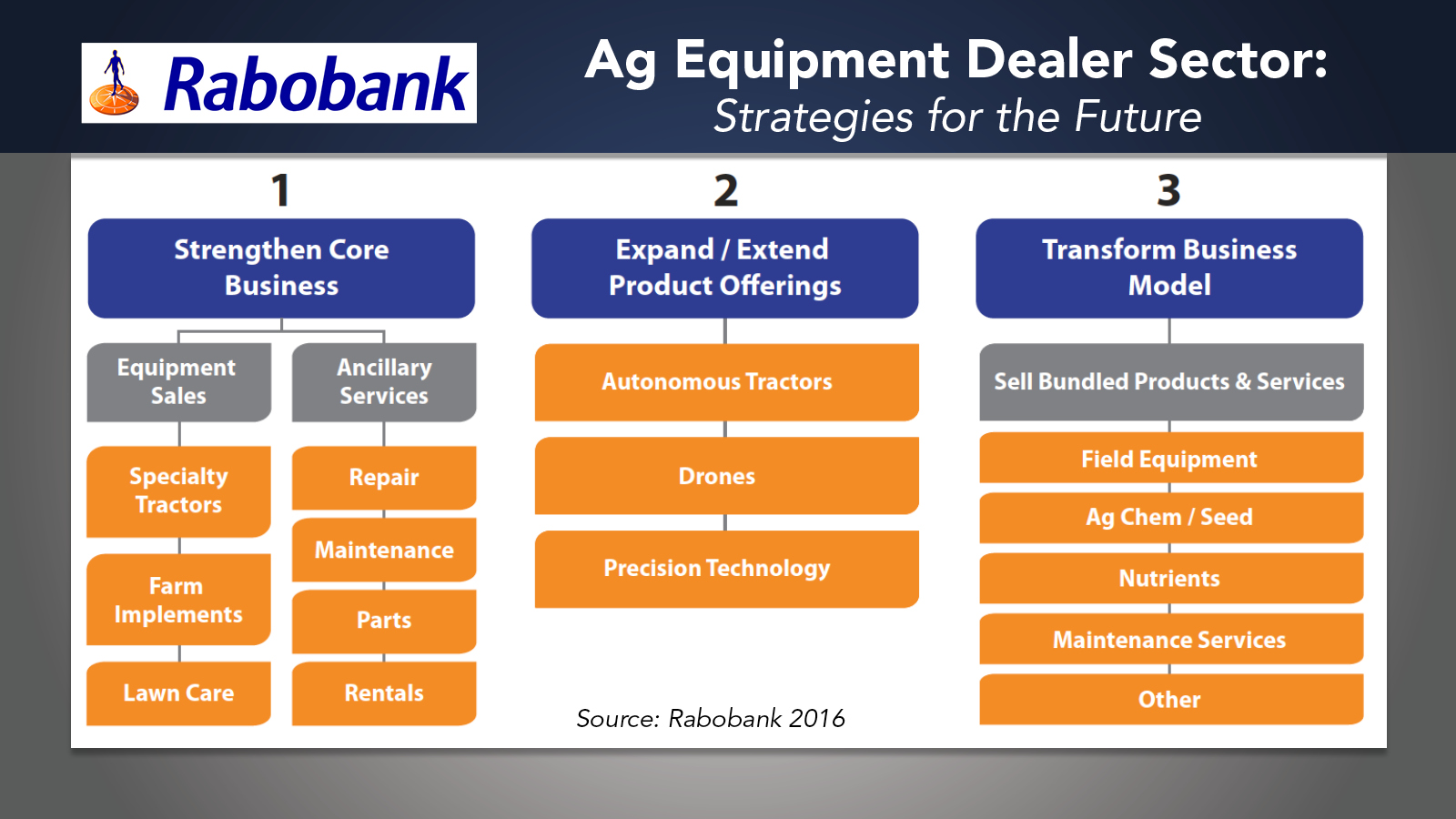 Not all of these are a fit for every dealer. But they also aren’t mutually exclusive. With 5 years of very lean times expected, Zuckerburg says dealers must react and transform. The model has to change, and the industry has to reinvent itself, he says. 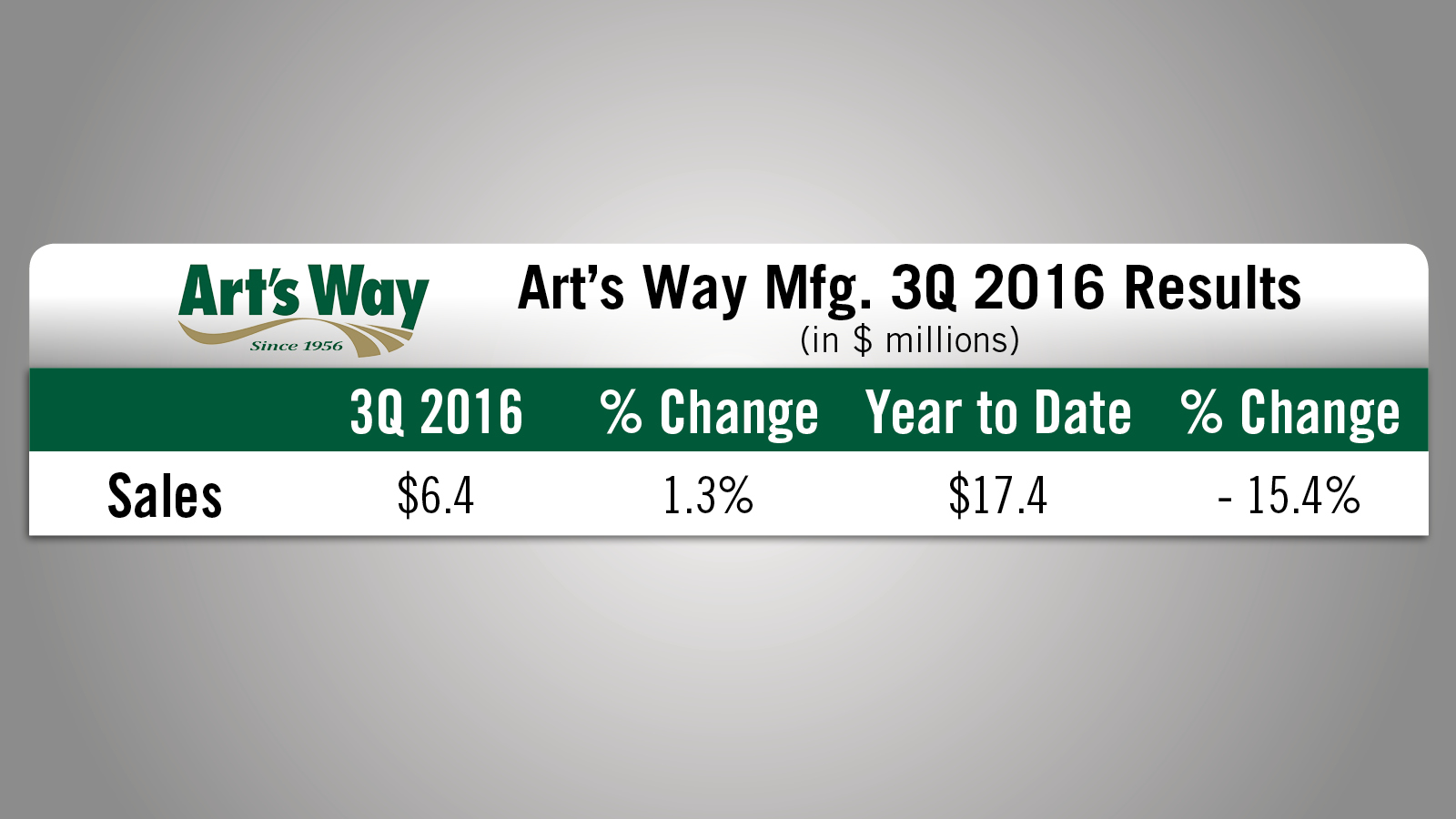 Steam-engine tractors were popular on North American farms from about 1885 to 1912. The machines required a big investment for the time at $2,000-$5,000 for a new tractor. Because of the price tag, custom operators who traveled around the country and charged for their services drove most steam tractors.