Farmer sentiment hit a new record high in October as the Purdue University-CME Group Ag Economy Barometer climbed to a reading of 183, a 27-point increase compared to September. The reading easily eclipsed the previous record high set back in February, before the pandemic’s onset. Both of the barometer’s sub-indices also set new record highs in October. Producers were more optimistic about the future as the Index of Future Expectations rose to 186, 23 points higher than in September, and especially about the current situation, as the Index of Current Conditions reached 178, 36 points higher than in September. The Ag Economy Barometer is calculated each month from 400 U.S. agricultural producers’ responses to a telephone survey. This month’s survey was conducted from Oct. 19-23, 2020.

The late summer/fall rally in commodity prices, combined with government program payments arising from the second round of the Coronavirus Food Assistance Program (CFAP 2), appeared to be the primary drivers behind the sentiment improvement. Corn and soybean prices continued to rally despite the fact that U.S. corn yields are expected to set a new record high and soybean yields are projected by USDA to be the fourth highest on record. The combination of good yields and rallying crop prices set the stage for an additional boost in farmer sentiment. Of particular note this month was producers’ response to the question regarding their farms’ financial condition today vs. a year earlier. Twenty-five percent of survey respondents said their farm was better off financially now than at the same time last year. Although at first glance that might not sound very positive, it’s by far the most positive response farmers have provided since the inception of the barometer survey in fall 2015, and was up 11 points compared to a month earlier. The previous record high response to this question occurred in November 2019 when just 16% of respondents said their farm was better off financially than in the year ago period. 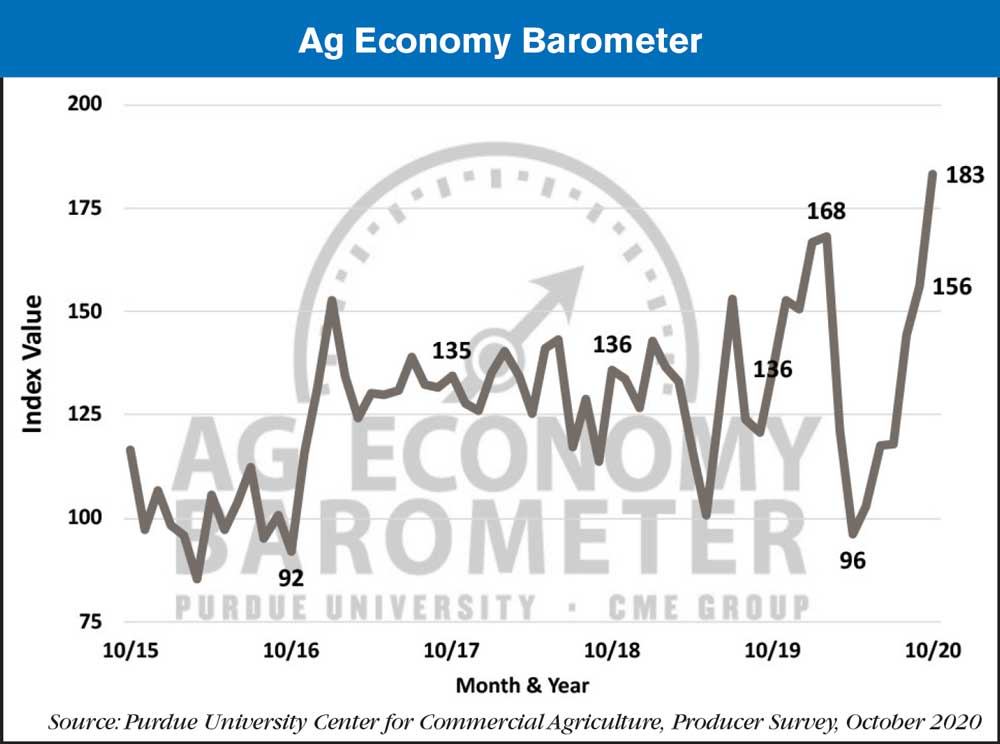 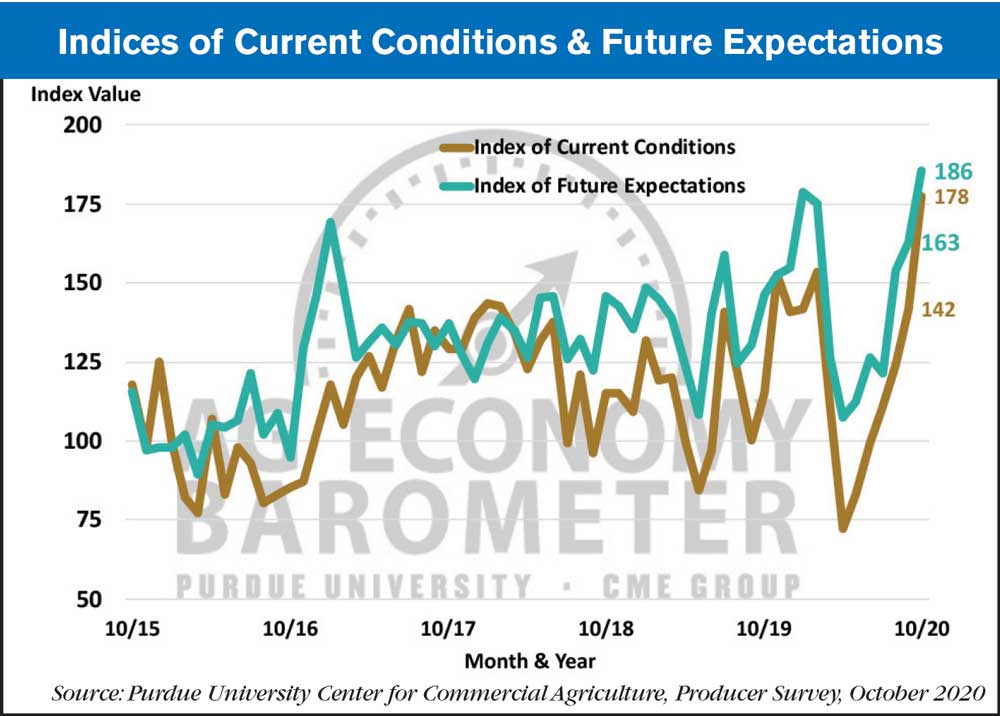 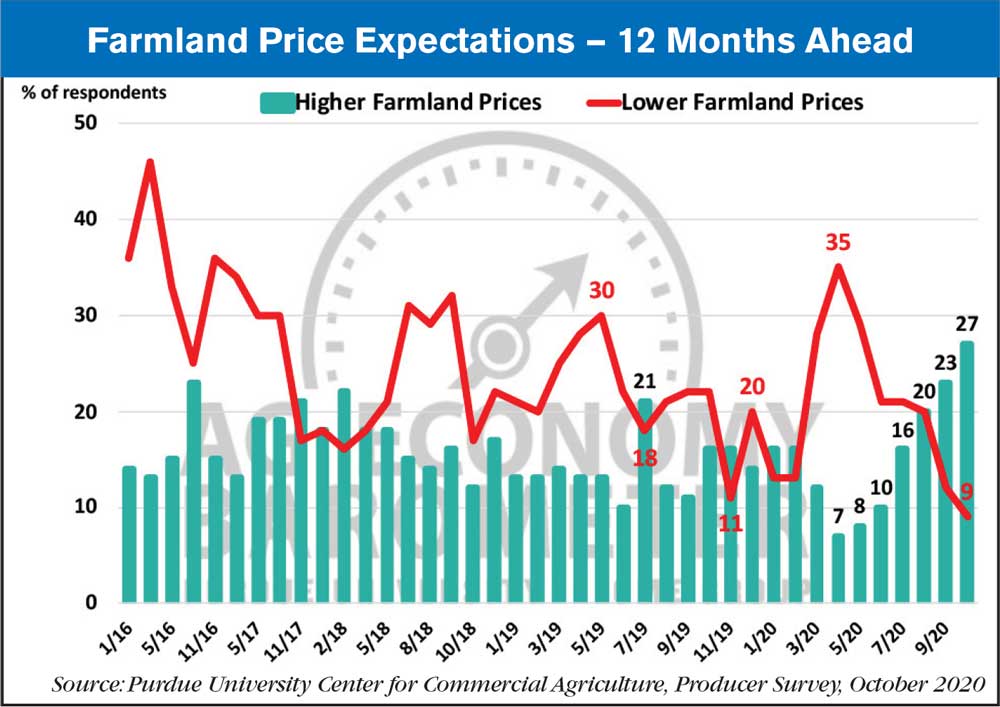 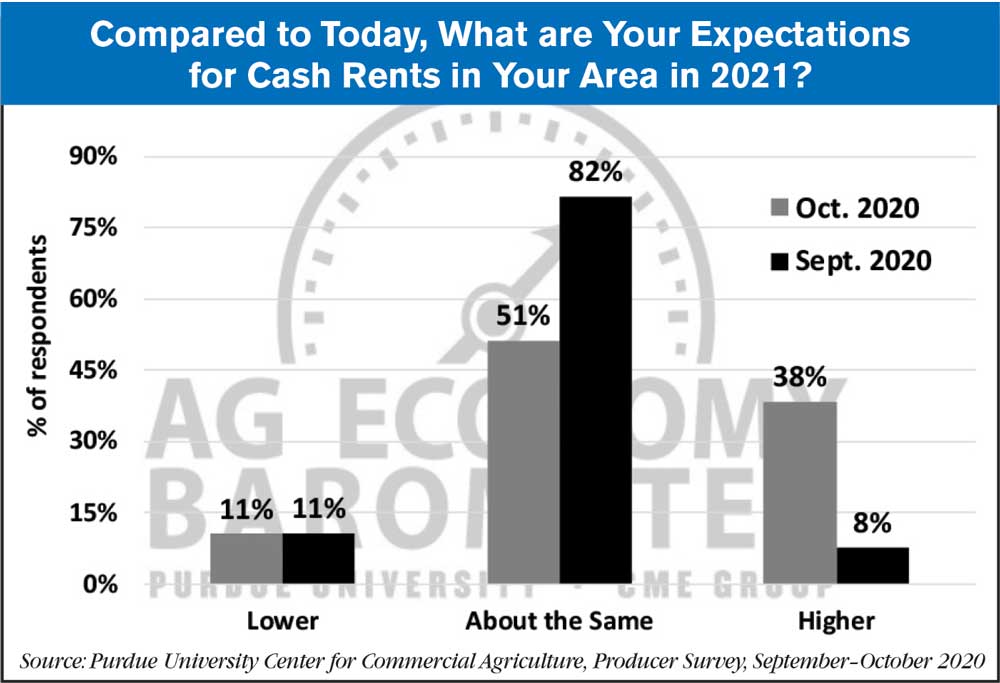