The Purdue/CME Group Ag Economy Barometer declined 20 points in May to 158 which is the lowest barometer reading since September 2020 when the index stood at 156. Both the Index of Current Conditions and the Index of Future Expectations declined this month. The May Current Conditions Index fell to 178, 17 points lower than a month earlier, while the Future Expectations Index of 149 was 20 points below its April reading. The Ag Economy Barometer sentiment index is calculated each month from 400 U.S. agricultural producers’ responses to a telephone survey. This month’s survey was conducted from May 10-14, 2021. 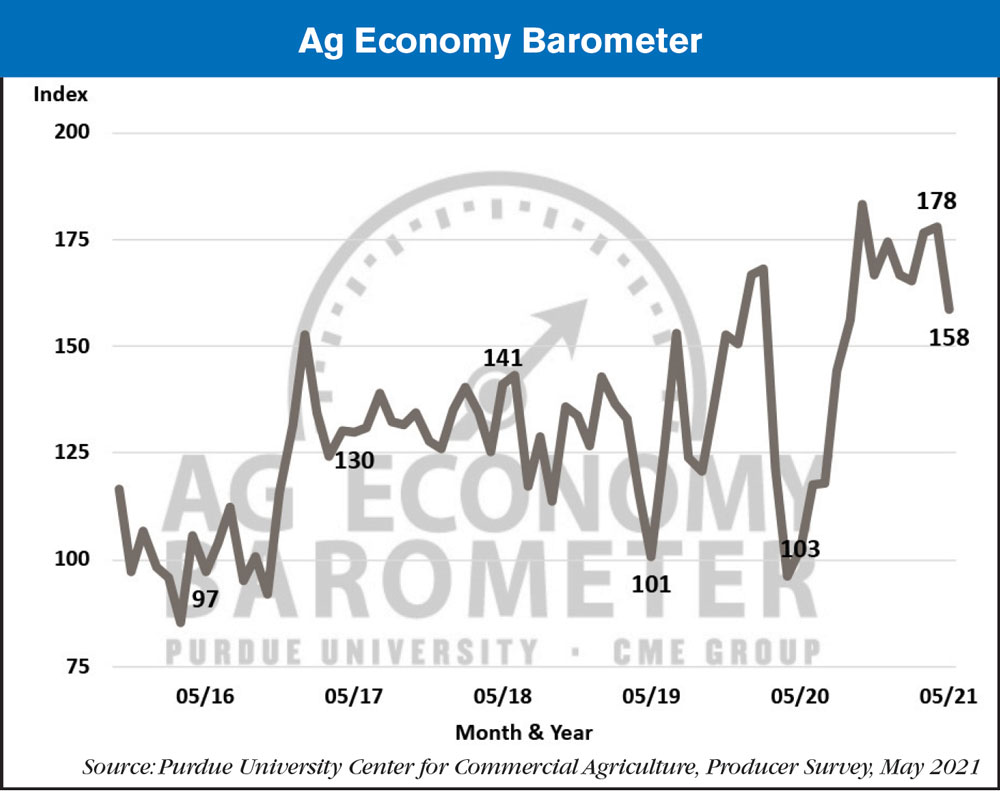 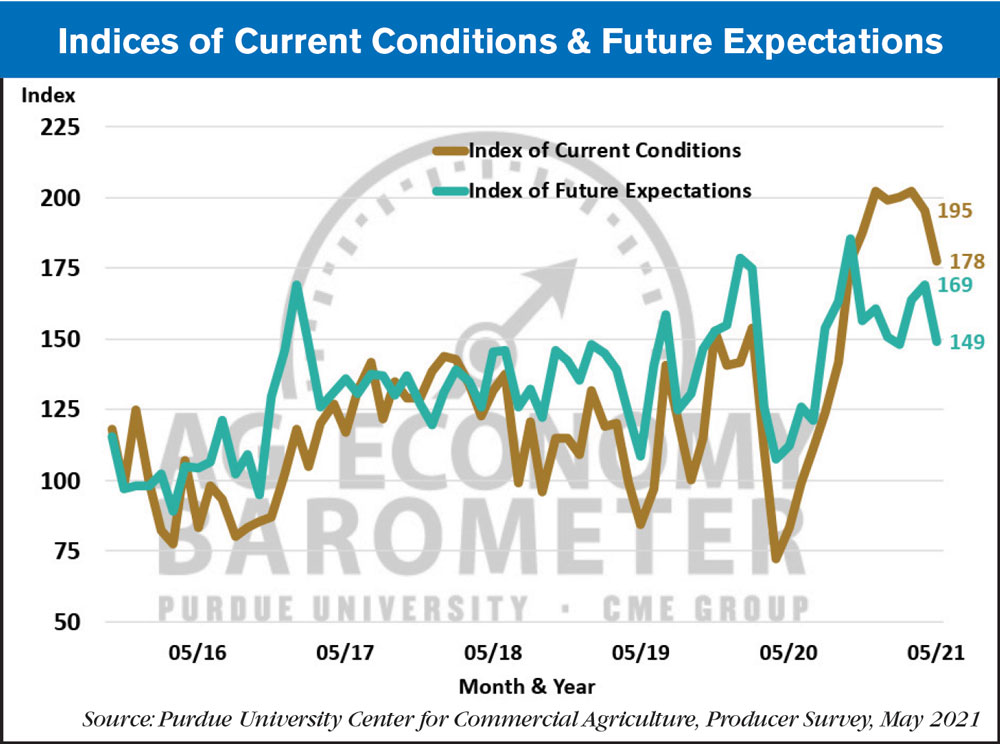 The Farm Capital Investment Index also declined this month with the index falling to 65, down 10 points from a month earlier. Since peaking in December and January at 93, the investment index has fallen 13 percent although it remains 30 percent above its May 2020 reading. When asked more specifically about their plans for farm machinery purchases, there was a shift away from producers saying they expect to keep machinery purchases in the year ahead ‘about the same’ to ‘lower’ while the percentage of producers planning to increase purchases was unchanged from April. This month’s survey included a new question focused on producers’ plans to construct new buildings or grain bins. Fifty-nine percent of respondents said their construction plans for the upcoming year are lower compared to a year ago and just 28 percent of producers said their construction plans were about the same as a year ago. Both of these response categories were more negative for construction than for farm machinery purchases suggesting that construction plans are an important driver in the Capital Investment Index’s recent weakness. 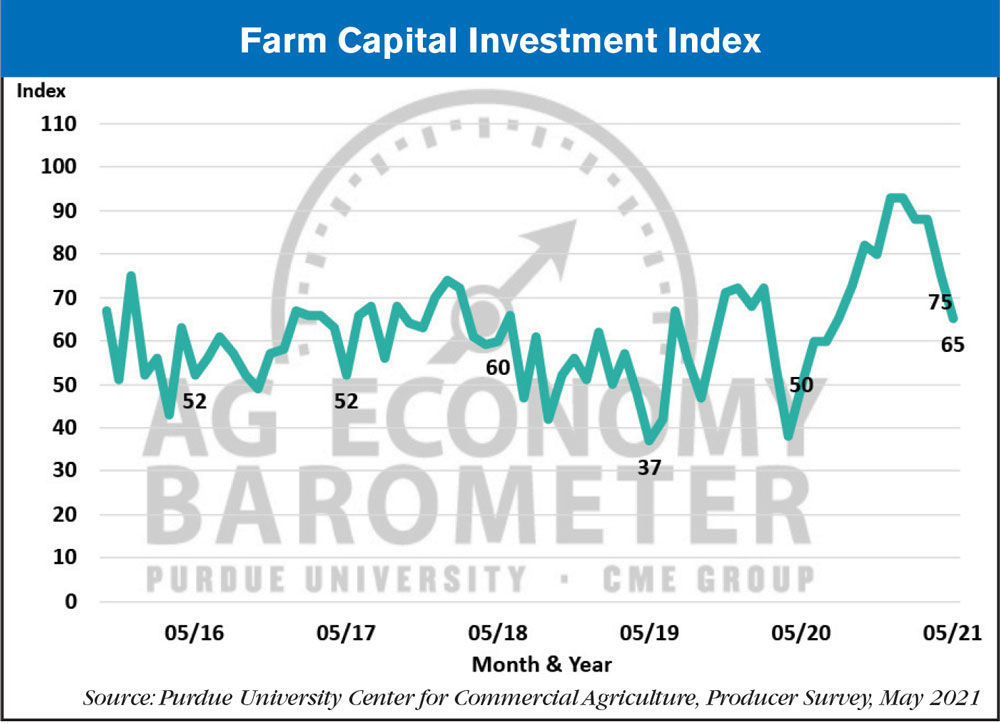 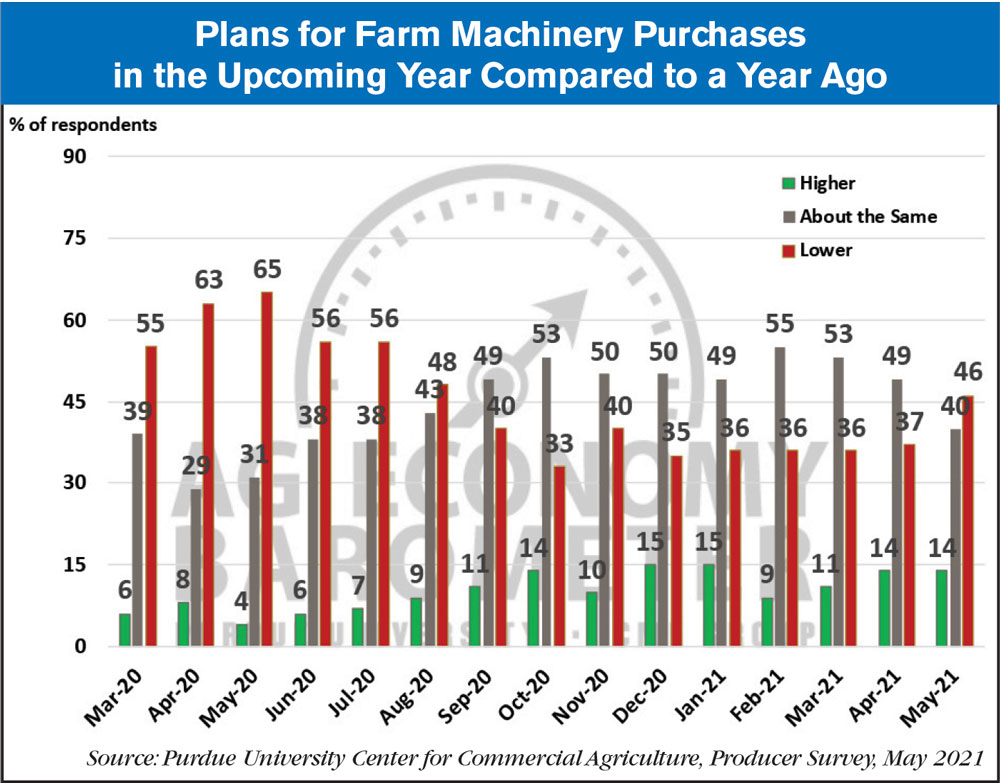 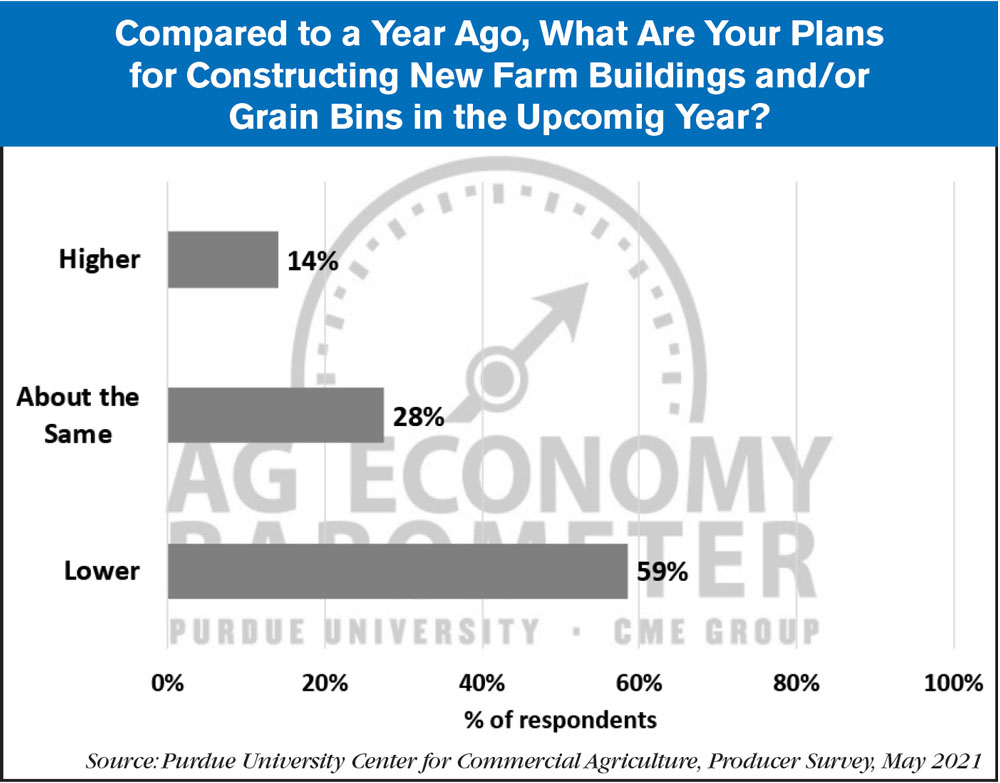