U.S. agricultural producers became more optimistic again in September as the Purdue University-CME Group Ag Economy Barometer climbed to 156, the highest reading for the index since the pandemic began last winter and 12 points higher than one-month earlier. The index is up 38 points since July and is 60 points higher than its 2020 low established back in April. In September, producers were more optimistic about both current conditions and the future for agriculture than they were in August. The Current Conditions Index, with a reading of 142, was 18 points higher compared to a month earlier and the Future Expectations Index rose 9 points to a reading of 163. The Ag Economy Barometer is calculated each month from 400 U.S. agricultural producers’ responses to a telephone survey. This month’s survey was conducted from September 21-25, 2020.

The improvement in the barometer and its two primary sub-indices occurred against the backdrop of USDA’s September 18th announcement of the second round of Coronavirus Food Assistance Program (CFAP 2) payments for U.S. agricultural producers. The program provides up to $14 billion in additional assistance to agricultural producers determined to have suffered from market disruptions and costs because of COVID-19. Program details were released on September 21, just as data collection for this month’s survey began. Additionally, fall harvested crop prices strengthened from the time data was collected for the August to the September surveys, in a continuation of a rally that got underway in late summer. For example, in west-central Indiana cash corn prices rose nearly $0.20 per bushel from late August to late September, while cash soybean prices rose nearly $1 per bushel. The resulting revenue boost from these two sources likely provided much of the impetus for this month’s 18-point rise in the Index of Current Conditions and the 12-point rise in the Ag Economy Barometer. 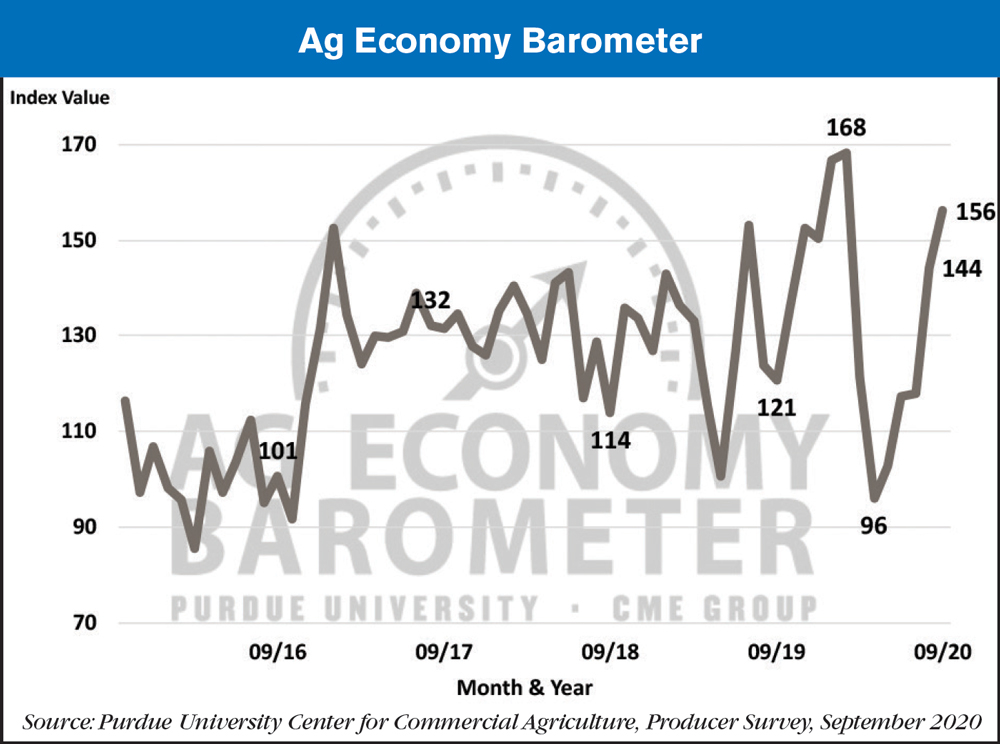 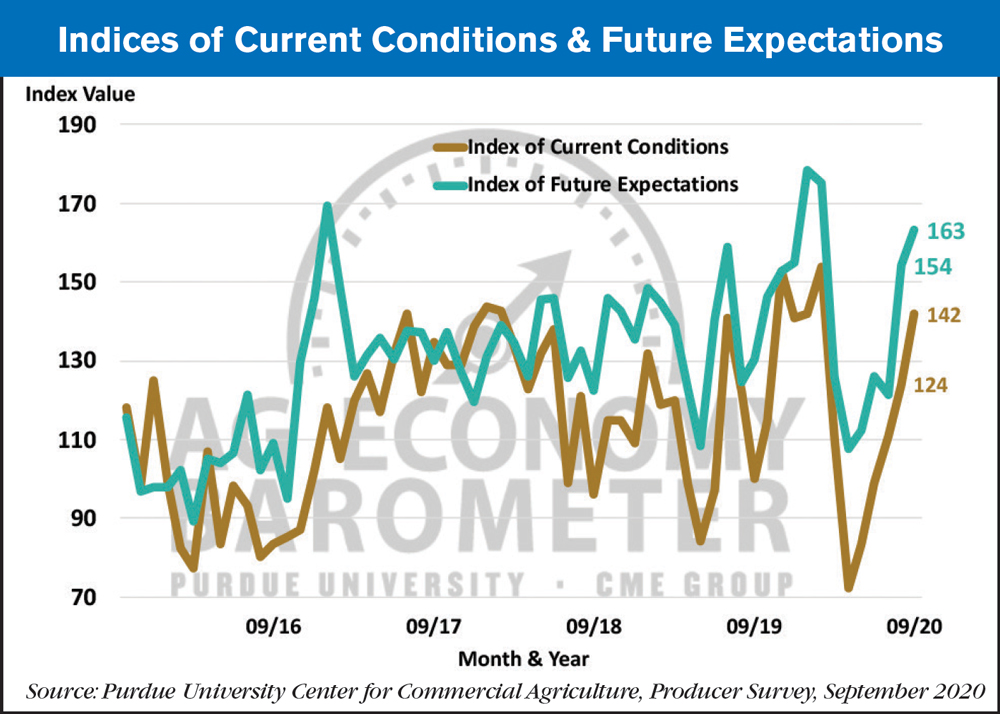 Although export sales to China have been rising in recent weeks, producers were, somewhat surprisingly, a bit less optimistic about future agricultural trade prospects in September than they were in August. In September, 58% of respondents said they expect ag exports to increase over the next 5 years, down from 67% who felt that way in August. The shift occurred because more producers said they expected exports to remain about the same in the future, rather than increase. In a related question, producers were asked whether they expect China to fulfill the food and agricultural import requirements established in the Phase One trade agreement signed earlier this year. Farmers’ opinions were split regarding Phase One’s prospects with just less than half (47%) of respondents indicating they expect China to fulfill its commitment to import food and ag products from the U.S. 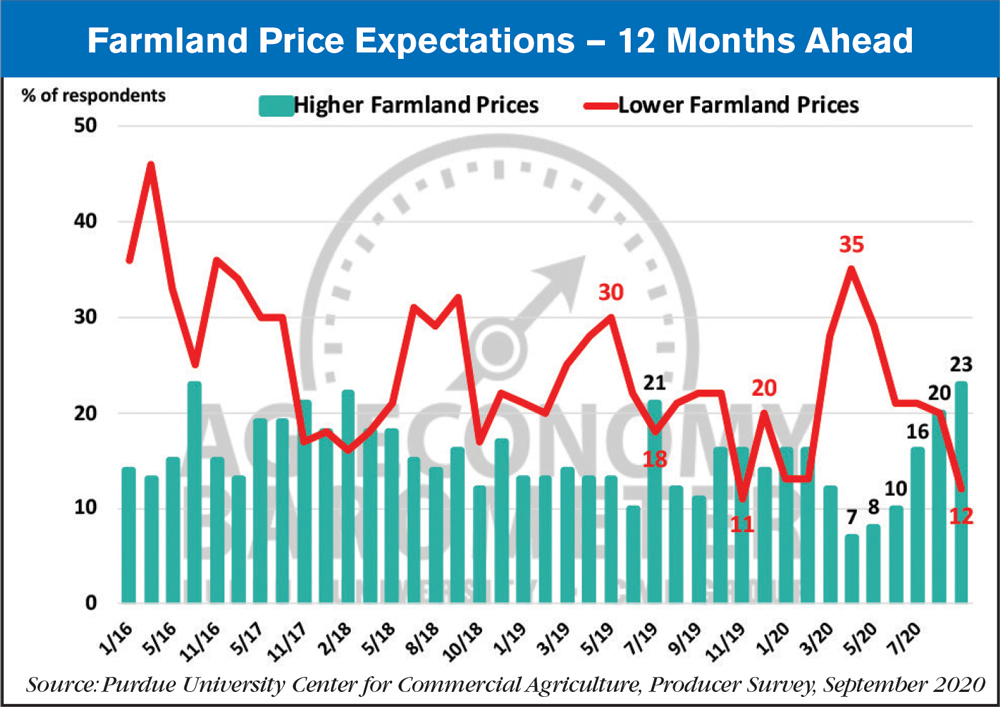 Increasingly educational events and programs are transitioning to online delivery as a result of the pandemic. Twenty-two percent of respondents to the September survey said they attended an online educational program or field day this year. When asked what aspects of these programs they liked, the two most popular responses were flexible timing of attending and viewing the programs (27%) and the ability to choose topics of interest (21%) followed by quality of presentations (16%), opportunity to earn continuing education credits (14%), and opportunities to ask questions (13%). When asked what aspects of these programs they disliked respondents overwhelmingly pointed to the lack of interaction with other attendees (40%) followed by a poor broadband connection (18%), difficulty in asking questions (17%), and poor quality of presentations (14%).