Deere to Lay Off Workers in Illinois and Iowa; U.S. Manufacturing Slows to 2009 Levels

According to several published reports, Deere & Co. will lay off more than 160 employees at two of its manufacturing facilities. The company had said earlier that it planned to reduce production at its Illinois and Iowa facilities in the second half of the year.

The decision appears to coincide with a slowing in overall U.S. manufacturing activities, as reported by the Institute for Supply Management’s Oct. 1 Report on Business that indicated that new orders, production and employment was contracting.

Because of decreased customer demand, Deere lowered its expectations for sales and net income as FY2019 progressed, Golden said. “In response to these market conditions, Deere employees at two Quad-City locations were informed they will be placed on indefinite layoff.”

No other Deere locations were included in the production cutback. 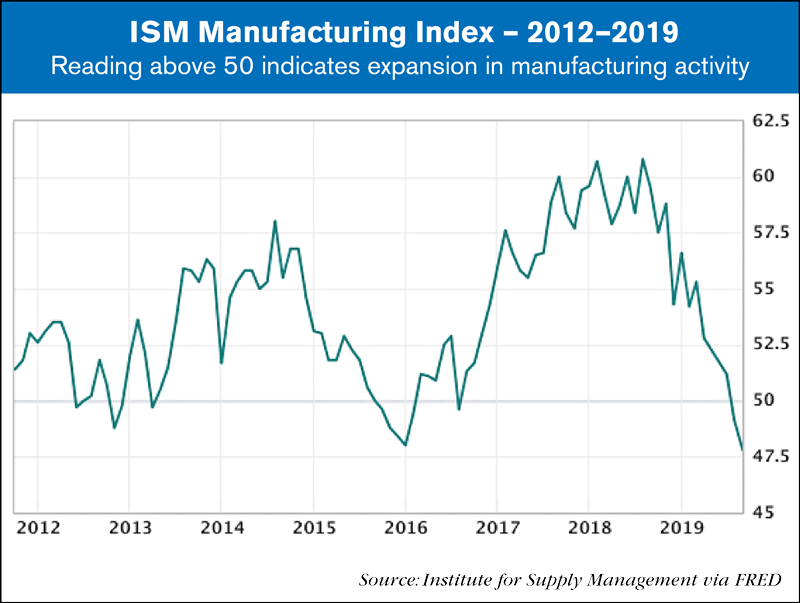 ISM said its manufacturing index fell to 47.8% last month from 49.1%, marking the lowest level since June 2009. Readings over 50% signal business conditions are getting better, below 50% indicates they are getting worse.

Deere to Lay Off More Workers at Davenport Works Plant

John Deere to Lay Off 42 Employees in Iowa