Farm sector debt has reached levels near the peak levels of the late 1970s and early 1980s. High levels of debt increase a farm’s risk of going out of business. From 1993 to 2017, real (inflation-adjusted) farm debt increased by 87%, or 4% per year on average. USDA’s Economic Research Service forecasts farm debt to increase 2% in both 2018 and 2019. When adjusted for inflation, total farm sector debt in 2019 is forecast to be 4% ($4 billion) below the peak reached in 1980. 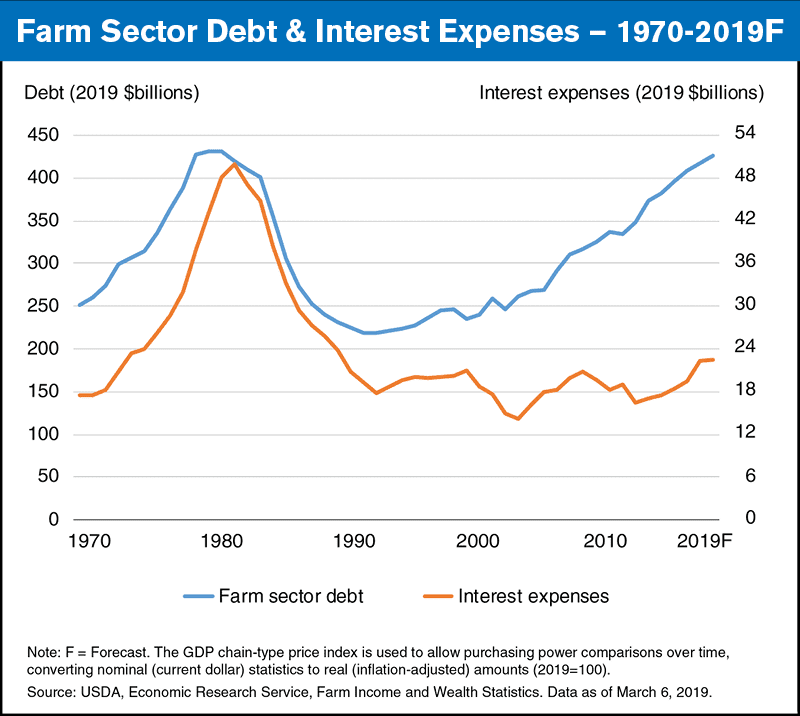