The latest episode of Ag Equipment Intelligence’s On the Record is now available! In this week’s episode we report on the leadership change at Buhler Industries and provide a look at some of the damage caused by Hurricane Florence in North and South Carolina. In this week’s Technology Corner segment, Jack Zemlicka takes a look at Redline Equipment’s test plot in Gas City, Ind. Other topics include worldwide tractor sales for the first 8 months of the year, preliminary results to Ag Equipment Intelligence’s 2019 Dealer Business Outlook & Trends survey and the competition in the combine market.

Dmitry Lyubimov has been replaced as president of Buhler Industries by Marat Nogerov, according to Ag Equipment Intelligence sources. Buhler is the manufacturer of the Versatile tractors and Farm King brands of farm equipment.

Ag Equipment Intelligence will bring you updates as they become available.

Hurricane Matthew in 2016 had been the worst water storm to hit the Carolinas. But dealers tell us Hurricane Florence, which made land fall on Sept. 7, has been even worse.

Sid Miller of Southeast Farm Equipment, a John Deere dealer with 6 stores in North and South Carolina, says their stores are still without power but otherwise haven’t suffered any damage. He attributes the lack of damage to being able to prepare for the storm by getting  most of their equipment into storage and using other units to block the doors of the dealerships to prevent water from getting in. 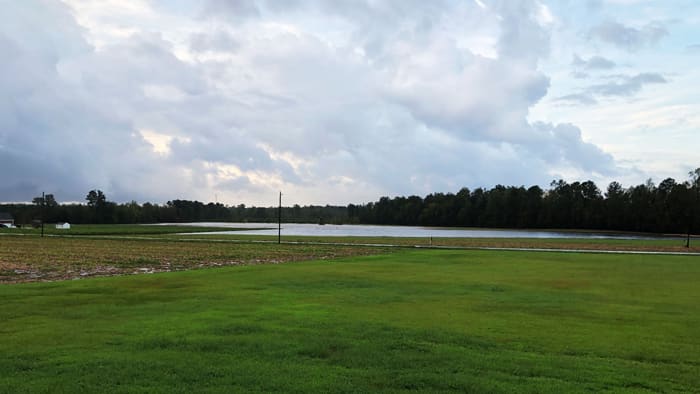 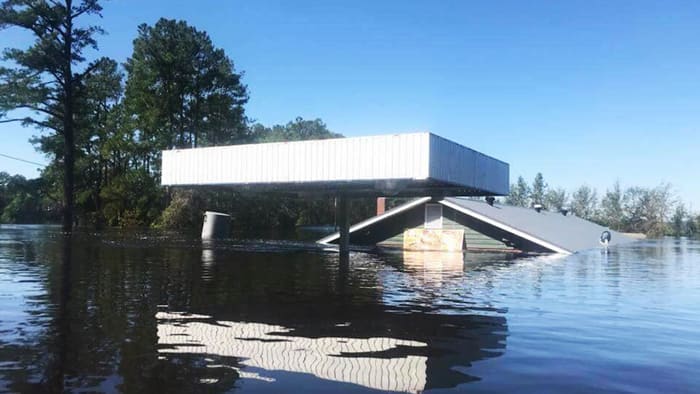 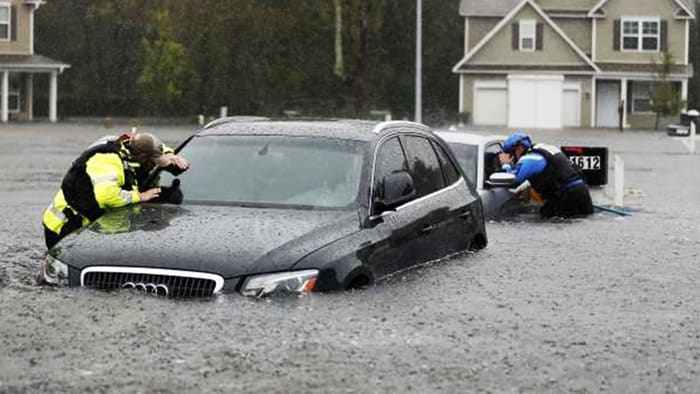 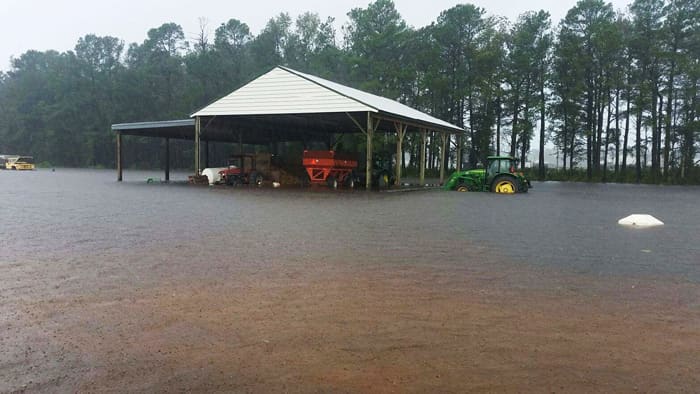 Miller says most of Southeast’s customers had gotten the majority of their corn and tobacco out of the field. According to USDA’s Sept. 17 Crop Progress Report, 66% of North Carolina’s corn had been harvested.

Peanuts, another large crop in the area, also have not begun to be harvested. USDA reports that 56% North Carolina’s and 73% of South Carolina’s peanut crop were in good or excellent condition ahead of the storm. However, Miller says that depending on how long it takes for the area to dry out a lot of peanuts could be lost.

August was a very dry month for the region, with only an inch or two of rain falling Miller says. So on the upside, the ground wasn’t already saturated before Florence started dumping water in the area. Because the area doesn’t have levies to pump water back into, Miller says it will be a waiting game to see when the water levels in the swamps and creeks drop and flood waters can start flowing into them.

Reuters reports that North Carolina estimates 3.4 million poultry and 5,500 hogs died in Hurricane Florence. North Carolina has 8.9 million swine, representing 12% of the U.S. herd, according to USDA. Raised in barns, they can become trapped and drown.

This week’s dealers on the move are Agri Center and Monroe Tractor.

Claas dealer Agri Center has opened a new, larger store in Hutchinson, Kan. The new facility is twice the size of the original store and will continue to sell Jaguar forage harvesters and the complete line of Claas balers and hay tools. The dealership also recently added the complete range of Lexion combines.

Monroe Tractor, a 9-store Case IH and Claas dealer in New York and New England is expanding it’s presence with a new store in New Haven, Vt. The new location will sell and support the entire long-line range of CLAAS products.

As many farmers prepare for the heat of harvest, several dealers spent the summer providing customers with opportunities to track crop growth on a smaller scale.

Test plots have been beneficial for seed retailers, looking to showcase a particular variety. But farm equipment dealers have begun to take advantage of the opportunity, as a way to test market new technology and machinery. 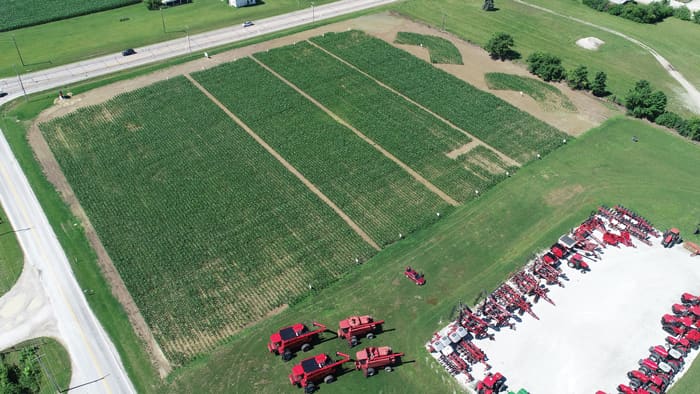 The most significant investment of time came from Redline’s customer engagement initiative. Throughout the growing season, precision farming specialists, 2 precision ag interns and a marketing communications intern were responsible for researching the plot and the creation of weekly media content.

The project culminated with a customer field day in late July, which drew about 80 customers from 60 different farming operations. With an emphasis on the transparency of their test plots, Witker says there has been a lasting value in the project.

“We did confirm or close some deals. That was kind of the tipping point. We did have a couple offers that we made exclusive to the people who attended. The lasting effect, I would say, was the surveys that we passed out at the end of the event, the feedback, and the thirst for more knowledge, what they wanted to see next year. So we asked for direct input for what they might want us to highlight next year because we'll look forward and do it again.”

You can hear more from Arik Witker who will be speaking on Redline’s precision recruiting and retention practices at the 2019 Precision Farming Dealer Summit on Jan. 7-8 in Indianapolis.

Tractor Sales Up in North America, Mostly Down in Europe

Last year worldwide tractor sales grew by 13%, according to Agrievolution data. So far this year, the industry is seeing a mixed bag, with tractor sales generally doing better in North America relative to those countries across the Atlantic.

According to Assn. of Equipment Manufacturers data, U.S. total farm tractor sales for the first 8 months of 2018 are up 8.3% relative to the same time period last year. For Canada, sales are up by 4.6%. 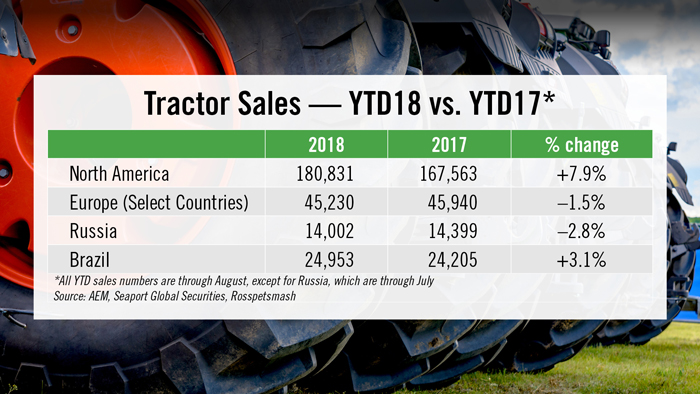 Sales in EU countries, meanwhile, are have been mixed. Seaport Global Securities reports that new tractor registrations in 6 major European countries combined were down roughly 2% vs. the same period last year. The select European markets the company tracks include Germany, France, the United Kingdom, Poland, Sweden and Ireland. Of those 6 markets, the country with the biggest year-over-year gains through August was Ireland with a 10.7% increase. The country that has seen the largest decline is France, which is down 8.1% so far this year.

In Russia year-to-date through July, tractor sales are down 2.8% vs. the first 7 months of last year, according to data from the Russian association of manufacturers of purpose-built machinery and equipment.

Equipment sales in Brazil have increased by 3.1% through the first 8 months of the year relative to 2017.

Ag Equipment Intelligence editors are currently analyzing the results of the latest Dealer Business Outlook & Trends survey. Here’s Data Editor Alex Zank with a preview of some of the results.

Nearly 45% of North American farm equipment dealers expect revenues from the sale of new equipment to increase in 2019 vs. 2018, while only 13.7% expect revenues to decline, according to preliminary results from Ag Equipment Intelligence’s 2019 Dealer Business Outlook & Trends survey. 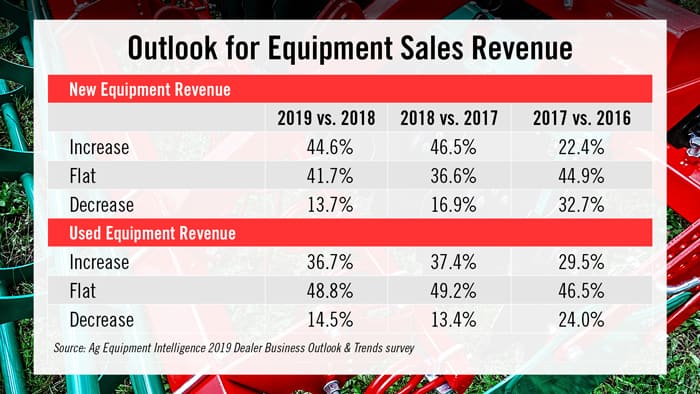 The findings for the most recent installment of the annual survey show that slightly fewer dealers projected increases this year compared to last year, when 46.5% said they expected 2018 revenues to surpass the year prior. Still, these forecasts are way up from 2 years ago, when only 22.4% of dealers expected increases. The largest jump in this year’s survey is in the number of dealers who expect flat sales: 41.7% forecast flat sales of new equipment in 2019, compared to 36.6% who projected flat sales for 2018. 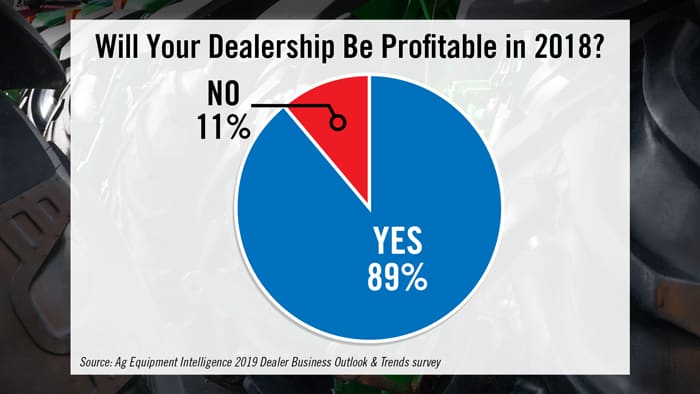 On a positive note, nearly 9 of 10 dealers say they will be profitable in 2018. This year’s survey finished up in mid-September, and the results are currently being analyzed with the full report slated for release in October.

Competition Heating Up in Combine Market 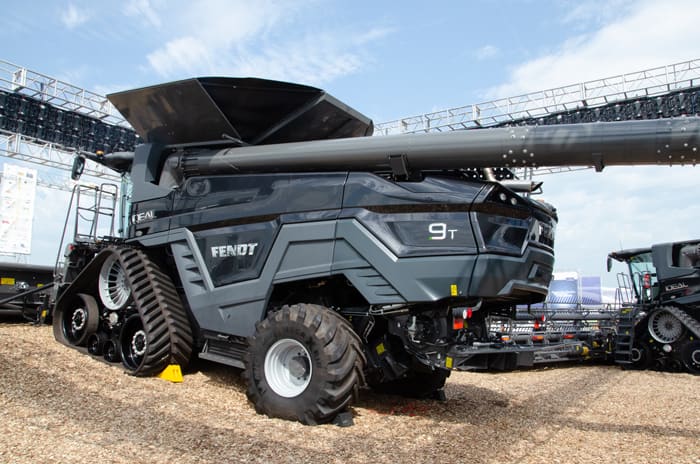 Taking center stage at the AGCO stand were three of the OEM’s new Fendt-branded Ideal combines. AGCO spent 7 years developing the product up to this point and touts the Ideal as the first “clean sheet” axial combine developed over the last 30 years.

On the opposite end of the show grounds, Case IH also introduced its 250 series combines. New for 2019, the combine boasts a collection of features such as in-cab adjustable cage vanes and improvements to the feeder top shaft for improved durability. 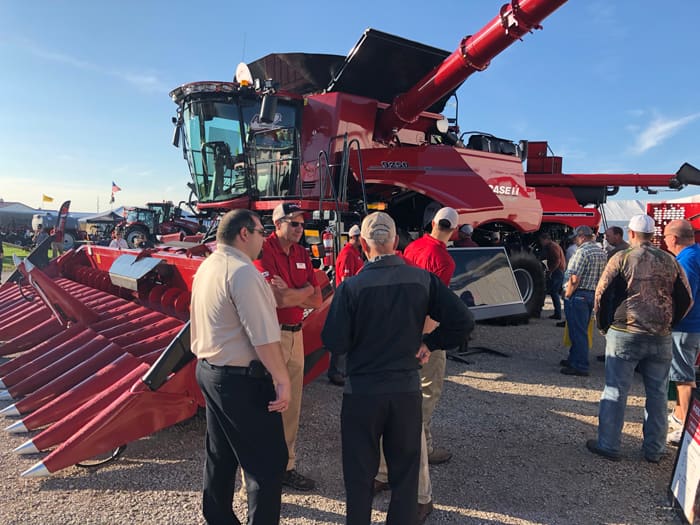 These unveilings follow a year after Deere had its new S700 combine on display at the show in 2017 in Decatur, Ill.

Baird analyst Mircea (Mig) Dobre notes AGCO looks to add significant competition to the market with its aims to double its $300 million global combine business within 3-5 years following the full rollout of the Ideal combine.

“North America will be an important piece of this growth, a market dominated by Deere and CNH and with the highest loyalty of all equipment types,” writes Dobre.

Mike Shlisky, an analyst with Seaport Global Securities, pointed out in a note while the S700 combine is already readily available, AGCO’s gradual rollout of the Ideal combine means it won’t be widely available until 2020.

This fact should not prevent the company from driving up competition in the combine market, says Shlisky. He adds, “Nonetheless, AGCO believes it has a solid product, one that in head-to-head tests has saved farmers a full day’s worth of work during the 3 week harvest season.”

During the Farm Progress Show, Bob Crain, AGCO senior vice president and general manager, Americas, told Ag Equipment Intelligence editors only 11 dealers will initially sell the Ideal combine, with more dealers added in the fourth quarter, with possibly around 100 dealers carrying it by 2019. The Ideal is expected to be rolled out fully in 2020.

Another takeaway from Dobre is that AGCO has positioned itself as the only end-to-end provider, given its GSI grain storage business.

In December 1914, company leadership at J.I. Case authorized engineering leader David Davies to create a small, experimental tractor that was powered by an old stock 912 four-cylinder auto engine. The project resulted in a three-wheeled contraption that became known as the Model 10/20. It wasn’t a great machine, with its poor weight balance, visibility and traction. But, it was introduced at the right time and 6,679 units were sold between 1915 and 1918.

[Podcast] On the Record: Dealers Respond to Hurricane Florence