While brand purity in dealerships had been relatively quiet lately as ag machinery markets created enough business for everyone (“even John Deere appeared to be relaxing on it,” said one exhibitor at the National Farm Machinery Show in Louisville), Case IH’s dealer meeting in Florida in February appears to have brought it to the forefront again.

Dealers at the meeting told Ag Equipment Intelligence that while Case IH executives shied away from calling it “purity,” the topic of Case IH getting its share of dealers’ wallets was brought up on several occasions and was the topic of the opening and closing remarks during the dealer meeting.

Specifically, specialty equipment makers MacDon, Kubota, Kinze, Great Plains, Kuhn Krause, Geringhoff and Drago were cited by Racine, Wis.-based Case IH as lines the company would be keeping a close eye on in terms of dealer inventories and sales.

While one dealer said he’s “heard it all before” and indicated the most recent purity push would have no bearing on his decisions, others were more visibly upset. One dealer pointed out that many large Case IH dealerships also carry Kubota (consistent with Ag Equipment Intelligence’s “2013 Big Dealer” report summary), because Case IH ignored the small tractor market in past years. Kubota has likely also moved up on Racine’s radar since announcing that it’s aggressively expanding into other ag lines. (See “Competitive Tensions to Increase as Kubota Confirms Large Tractor Project,” December 2013 Ag Equipment Intelligence.)

Another Case IH dealer said, “It’s going to be tough to give up the parts business those lines produce for us. We’ll need to think long and hard before we concede that business.” 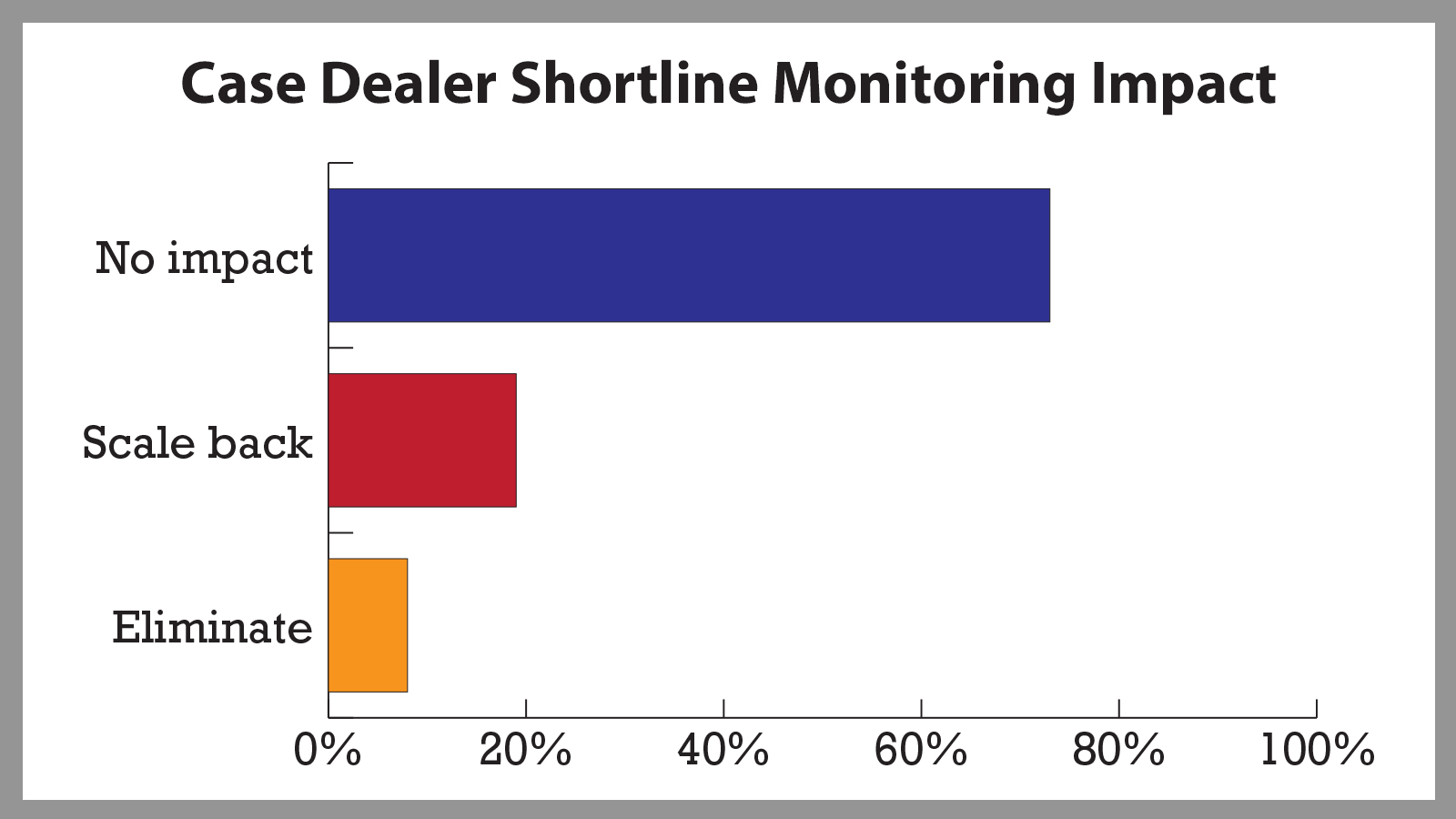 A poll of Case IH dealers conducted by Ag Equipment Intelligence and aired on its February 22 “On the Record” videocast showed that 73% of Case IH dealers said the move by Case IH to limit or eliminate the shortlines they carry would have no impact on their business decisions; 19% they would be begin to scale back on sales of this shortline equipment; and 8% said they would begin to eliminate the shortlines in 2014.

Discussions at the National Farm Machinery Show with the shortline companies targeted showed they are well aware of the meeting and what was said. One executive shared that his territory managers were calling in almost immediately after hearing from the dealers and were surprised at what they just heard.

“Of concern this time around is the impact that combine inventories will have,” said an executive at one of the mentioned companies. “If there’s a combine inventory problem, and everyone expects there will be, when the dealer calls for help on notes coming due, there’ll be conditions laid down.” In other words, the timing of Case IH’s insistence on brand-pure dealerships may have been planned to put the leverage in the mainline’s favor.

Another executive speculated that the timing of the push also coincides with a projected slowdown in ag equipment sales. “Case is probably anticipating a drop off in sales and is looking to soften the decline by getting sales that normally go to the shortline companies.”

In the longer term, Case IH dealers have said the company’s stance on shortlines in the past created an advantage for them. By carrying specialty lines, the dealers say they are able to attract farmers who are loyal to other brands because they want to look at the shortlines they carried. Many of these customers would not otherwise consider visiting a Case IH dealership if it weren’t for the shortlines on the lot.