In today’s newscast, AGCO reveals its Ideal combine to North America — the first “clean-sheet” design of an axial combine in the industry in decades. In this week’s Technology Corner segment, we take a look at the challenges dealers face in recruiting and retaining precision service technicians. We also take a look at how large ag equipment sales rebounded in May and how Deere’s retail sales compared to the industry average, the changes in machinery values on Illinois farms over the last 10 years and a deterioration of European dealer sentiment in June. 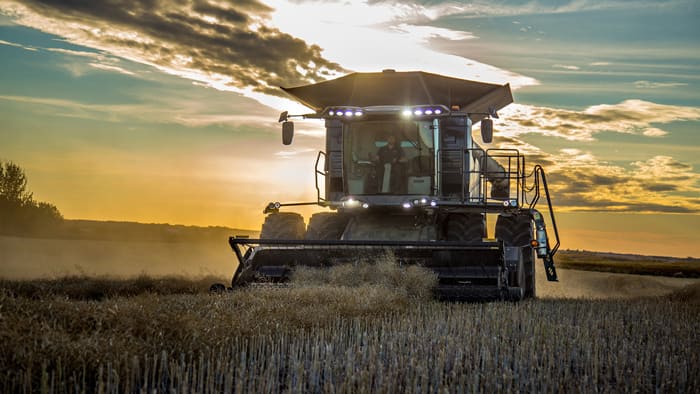 The Ideal represents what AGCO describes as the first “clean-sheet” design of an axial combine in the industry in 30 years.

The graphite gray colored combine will be available in Class 7, 8 and 9. AGCO Senior Vice President Bob Crain says they’ve assigned a select number of dealers for the initial rollout who will help with demonstrations this fall. Additional Fendt Ideal dealers will be assigned during the third and fourth quarter to be ready for the 2019 selling season.

“We're going to distribute this through a Fendt Ideal dealer network. Only a Fendt Ideal dealer network, and we're going to be looking at it on an individual basis, the market or the industry size and what that opportunity represents. We're going to be looking at the combine experience, that the individual dealer’s possess. And just as important, the passion that this dealership has for the combine business and, last but certainly not least, arguably more important than anything else will be the customer support capabilities of the distribution network.”

While the combine will be marketed as a Fendt product in North America, for world markets it will be supplied through Challenger, Fendt and Massey Ferguson dealerships starting in the “neutral” uniform graphite color with the individual brands represented only by their decals.

This week’s Dealers on the Move include AgriVision, JD Equipment and Pape Machinery.

AgriVision, a John Deere dealer in Iowa, has reached an agreement with Van Wall Equipment to purchase Van Wall’s Onawa, Iowa, location. This brings AgriVision’s total locations up to 16.

This isn’t the first time store ownership has changed hands between the two dealerships. In 2015, Van Wall bought its Knoxville, Indianola and Albia, Iowa stores from AgriVision.

John Deere dealer JD Equipment has acquired Cahall Brothers’ Georgetown, Ohio, and Flemingsburg, Ky., locations. The dealership now has 10 locations in Ohio and Kentucky. In our last episode, we reported that Cahall had sold one of its locations to Koenig Equipment.

Last month, I stopped by Nebraska Equipment, a Case IH dealer based in Seward, Neb., to discuss hiring in the precision industry with sales manager Kenny Pekarek. The timing of the visit was fitting, as the dealership was just one week into hiring its first precision intern, not coincidentally during the heart of planting season.

The intern, who helps the store’s three full-time techs with lower-scale maintenance, has additional plans to provide crop imagery services for customers using his personal drone. He was successfully recruited through a family-to-family connection with Nebraska Equipment’s store manager, although Pekarek says opportunities to find and develop young precision service techs are typically few and far in between.

“This is our first year. We've been here for 33 years now, and this is the first time I know of that we've had an intern for precision, and it's very difficult to find good, young, qualified kids, especially when this is a seasonal ... anything auto-steer/ GPS is seasonal, OK? You need them definitely in the springtime. Planting time — that's go time — and then fall, a little bit for harvest. But in between there, you want to find somebody that's able to do other things in your store, whether it's set up equipment, work on equipment, stuff like that, and they don't all want to do that. They want to just do precision. Well, it's hard to keep a guy busy, and, first of all, it's hard to find good, young techs. The techs we got now have been here, they're mechanics, and then they kind of learn on the go. They went to school, they go to precision schools in the offseason and they just learn on their own, so, once you get them, you definitely want to keep them. But finding new ones, it's getting difficult because there's a lot of competition. I mean, you've got seed companies out there, you've got your other manufacturers, they're all going through the same thing. They're looking for good, young techs.”

Results from the Precision Farming Dealer 2018 Benchmark Study indicate that Nebraska Equipment isn’t alone when it comes to concerns with recruiting and retaining precision service techs. Over 63% of respondents in the study noted “Precision Staff Expansion” as their top priority for the next 5 years. In addition, 41% of respondents reported paying new specialists at least $41,000 per year in 2018, almost doubling the 2017 total.

With the complexity of precision services rising as quickly as the demand to provide them, perhaps we’ll see full-scale recruiting programs as the next industry-wide trend for dealerships.

Ag Equipment Sales Rebound in May

North American large ag equipment sales in May were positive across the board, according to the Assn. of Equipment Manufacturers latest report. “Large ag retail sales rose 17% year-over-year in May, breaking out of the choppy low-single-digit growth/decline experienced since October,” said Baird analyst Mig Dobre in a note. U.S. tractor and combine sales were up 21% year-over-year and Canadian sales increased 6%.

In terms of demand seasonality, Dobre says May is an average month and notes that the acceleration is consistent with Deere & Co.’s prior commentary calling for growth pick-up on already booked orders. However, some headwinds still remain, he says, including grain prices that are off their late-May highs and trade uncertainty. 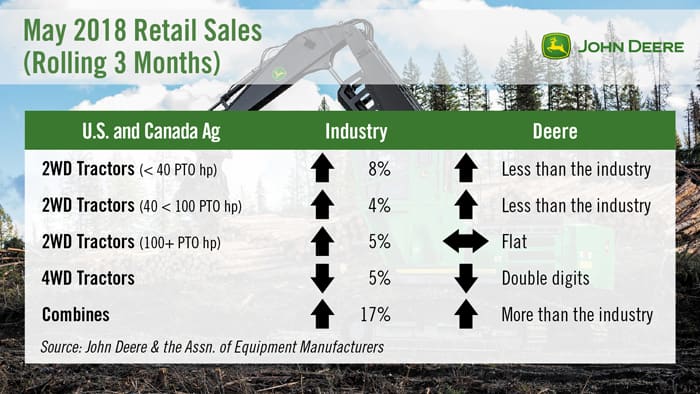 Combine sales increased 21.5% in May following a 40.7% increase in April. U.S. combine inventories improved 1% year-over-year in April. John Deere retail sales for combines were strong and were up more than the industry average in May.

A new report from the Illinois Farm Business Farm Management Assn. and the Department of Agriculture and Consumer Economics at the University of Illinois shows that average machinery values on a 1,000 acre farms in Illinois more than doubled from 2006 to 2016. 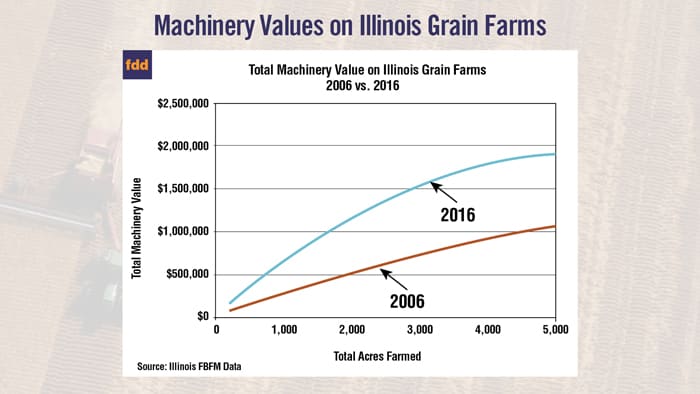 Farmers with 2,000 acres saw an even greater increase in machinery values over the same period. Machinery values increased about 140% from 2006 to 2016 for these farmers. 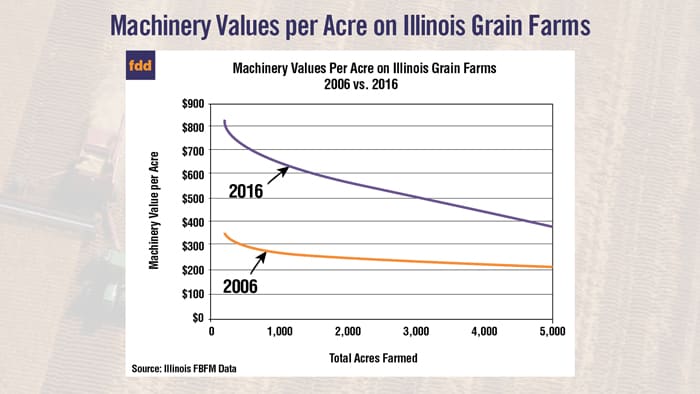 European ag industry trade associations VDMA and CEMA report that the business climate for the agriculture equipment industry deteriorated further in its June survey of dealers. According to the survey results, dealers’ future expectations have become more cautious. 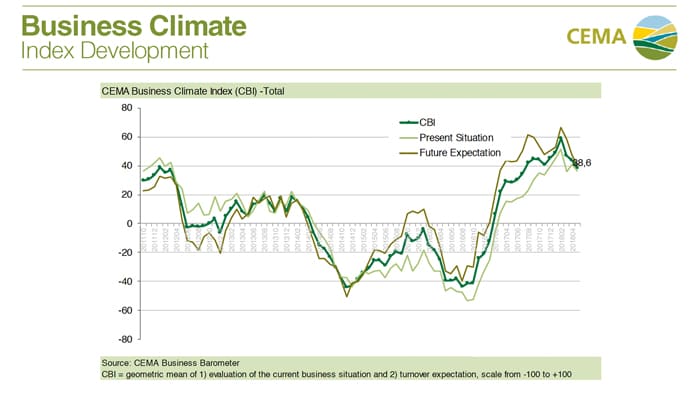 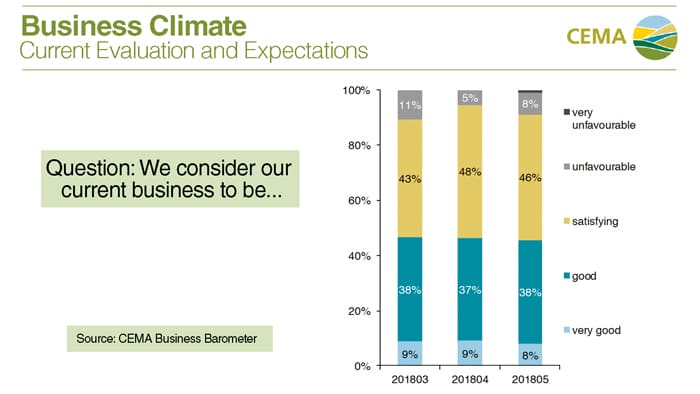 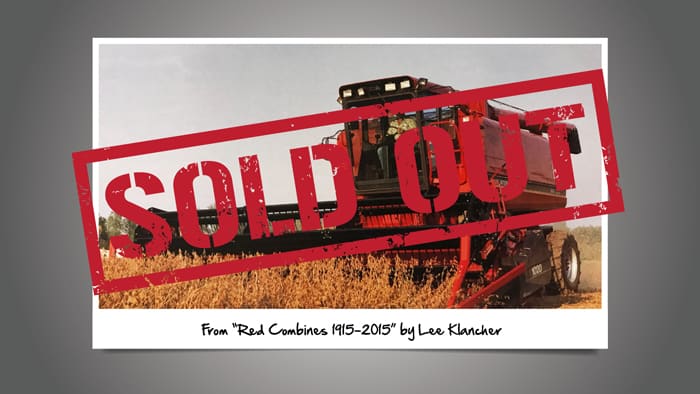 Twenty-five years ago on June 19, 1993, The Rock Island Dispatch-Argus reported that “As J I Case Co. reduces its dealer inventories to better match expected demand, the Racine-based farm equipment manufacturer has found itself in the unusual position of having pre-sold its entire combine production for the year. "Everything we're making has an order," said Joseph DeSarla, general plant manager in East Moline, where Case makes its combines.