Global management consulting firm McKinsey & Co. recently surveyed 753 farmers on various preferences — from buying online parts to accessing data and more. The study showed that farmers purchase 80% of their repair and maintenance parts from dealers. But, that number is expected to drop to 62% in the next 5 years. 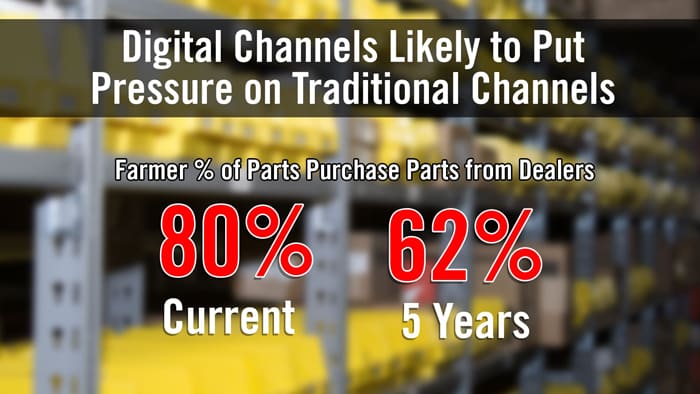 The study also found that 65% of farmers use 3 or fewer brands of equipment, and 57% of don’t expect to change their brand concentration in the foreseeable future. 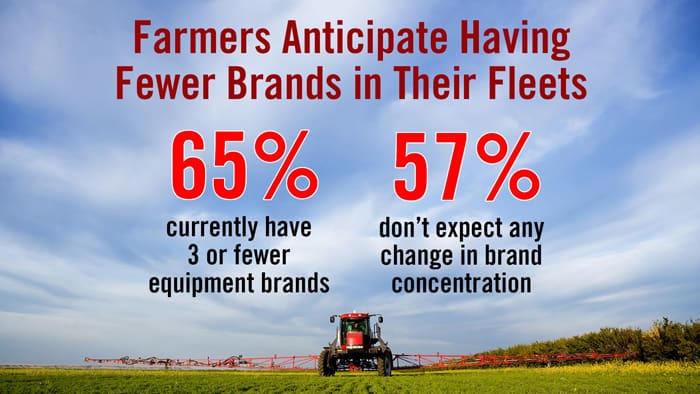 Because farmers still want or need to take care of equipment repair and maintenance on-site, almost all, 95%, say it’s important that they have access to data generated by their equipment. At the same time, they say “privacy” is a major issue for them. 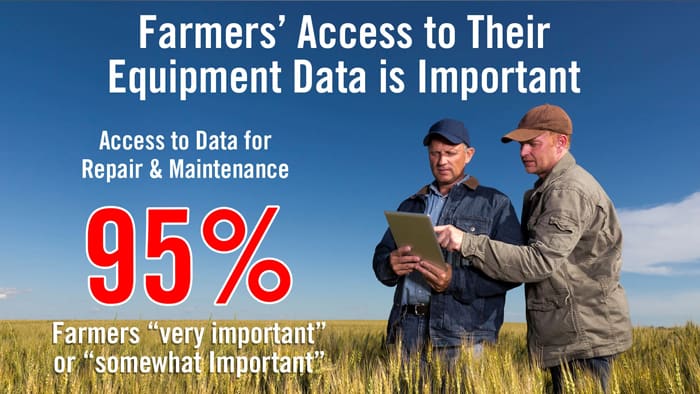 Of the farmers surveyed, 77% expect to know why OEMs are collecting data from their equipment. “About half of respondents feel that being personally identified would adversely affect their relationships with an OEM,” according to the McKinsey researchers. However, the researchers said if farmers see a clear value in sharing the data, they likely will be willing to share it. 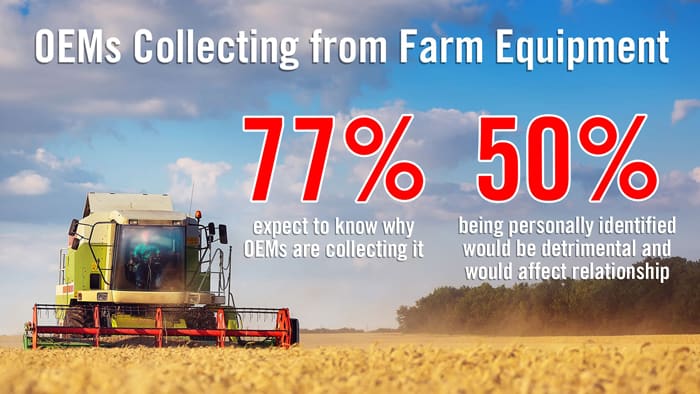 This week’s Dealers on the Move are Western Equipment, SEMA Equipment and United Ag & Turf.

John Deere dealer Western Equipment is building a new 40,000 square foot facility in Plainview, Texas. The new building will replace the existing Plainview store. The new store will employee 40-50 people, up from 32 at the current location.

SEMA Equipment, a John Deere dealership in southeast Minnesota, is consolidating 3 of its locations. The Austin, Leroy and Spring Valley stores will be combined into a new location in Grand Meadow. This takes SEMA’s total locations from 8 down to 6.

Petit Machinery and Ag-Power Texas have merged with United Ag & Turf. The dealership group now has 29 locations in Texas, Oklahoma and Arkansas.

As ag technology hardware and service providers continue to align, one of the latest collaborations was announced last week with Winnipeg-based Farmers Edge announcing a partnership with Raven Industries, based in Sioux Falls, S.D.

The agreement will expand Farmers Edge digital agronomy and risk management solutions, specifically leveraging the use of streaming data transfer between the company’s CanPlugs and Raven Slingshot and field computers.

“The relationship here between Raven and Farmers Edge also creates real value for the dealer to keep their people and have a reason to go back out on that farm, sit at the kitchen table, explain the partnership and explain some of these new capabilities in the field and in the back office. But in doing that, it financially incentivizes and rewards the dealers for being what they already are, which is a strong consultant to that farm. Because we’re marrying up the per-acre business model that Farmers Edge has and these long-term contracts, marrying that with the dealerships who traditionally haven’t access to that type of business model, has created a lot of excitement within the dealerships.”

The announcement coincides with Farmers Edge releasing its R&D Roadmap for 2018, which focuses on real-time notifications, multi-layered crop imagery, and the collection of field-centric data to improve the accuracy of growth stage prediction models.

Rocky Mountain Dealerships reports first quarter sales of $219.7 million, a 4.6% increase compared to the same time period last year. After factoring in the cost of sales, gross profit came out to be just under $27 million, a nearly 1% increase over the first quarter of 2017. 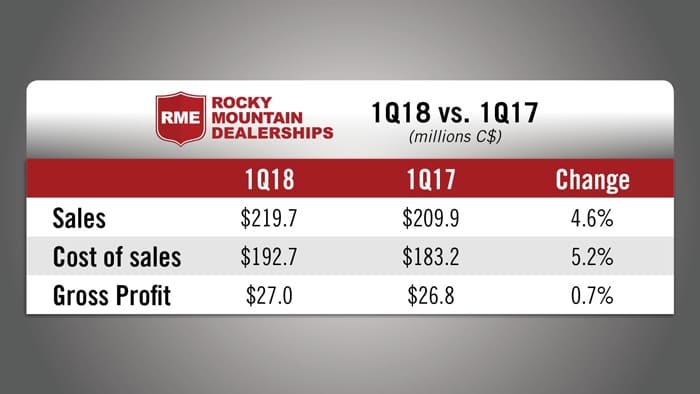 New equipment sales, meanwhile, increased year-over-year by $26.4 million dollars. These gains were offset by decreases in used equipment, parts and service revenues due to the late spring season, which prevented farmers from planting until later in the year.

Rocky Mountain also recently announced it has been recognized by Case IH as the largest volume dealer in North America for Case IH agriculture equipment in 2017.

Cervus Equipment says it had similar issues the first 3 months of the year due to the prolonged winter.

The John Deere dealer reports revenue of about $248.7 million, an 8% increase from the same time last year. Gross profit came in at nearly 41.8 million dollars, an increase of 3%.

For its agricultural segment, Cervus reports a $500,000 thousand decrease overall, but a 28% increase in new equipment sales, which totaled $91.2 million in the first quarter. 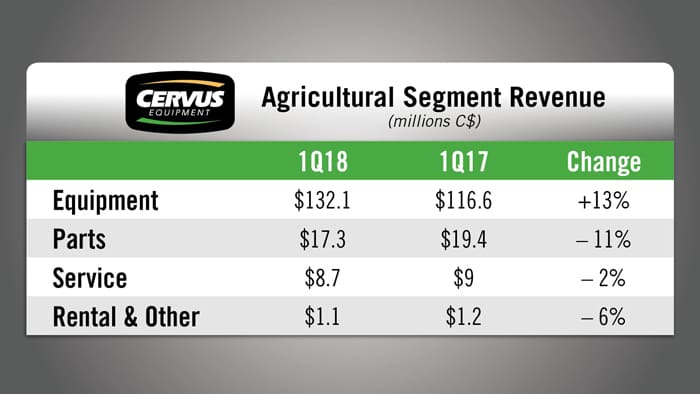 This morning Deere & Co. released its earnings report for the second quarter of its fiscal year 2018. Net sales for the company’s worldwide operations increased 34% for the quarter and 31% for the first 6 months of the year vs. the same periods last year. 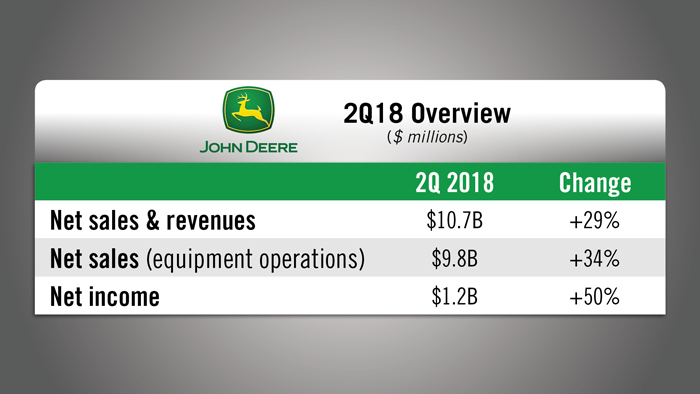 Overall, net sales and revenues for the second quarter were $10.7 billion, up 29%. Net sales for equipment operations increased by 34% to nearly $9.8 billion. Deere’s equipment operations reported operating profit of $1.3 billion for the quarter and $1.7 billion for the first 6 months, compared with $1.1 billion and $1.4 billion, respectively, last year. Equipment net sales in the U.S. and Canada grew by 27% for the quarter and 26% during the first 6 months of the fiscal year. 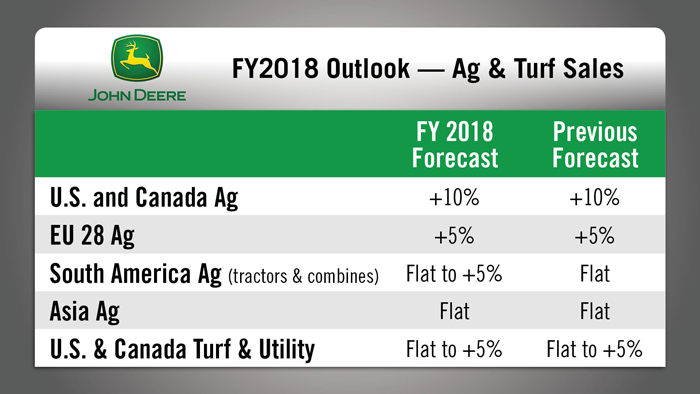 Deere’s agriculture and turf sales were up by 22% in the quarter and 20% for the first half of its fiscal year.

The company credits the sales uptick to a worldwide broad-based improvement in market conditions and favorable customer response to Deere’s new product lineup. Its outlook for the full fiscal year calls for net sales and revenues to increase by about 26% with net income forecast to be about $2.3 billion. Worldwide sales of ag and turf equipment are expected to improve by about 14%. Industry sales for ag equipment in the U.S. and Canada are forecast to be up about 10% for 2018, led by higher demand for large equipment.

On May 14 Buhler Industries reported that its second quarter revenues for the period ending March 31, 2018, declined $22.6 million, or 28%, compared to the same period in 2017. But revenues for the first half of the company’s fiscal year were up by $4.8 million, or about 4%. 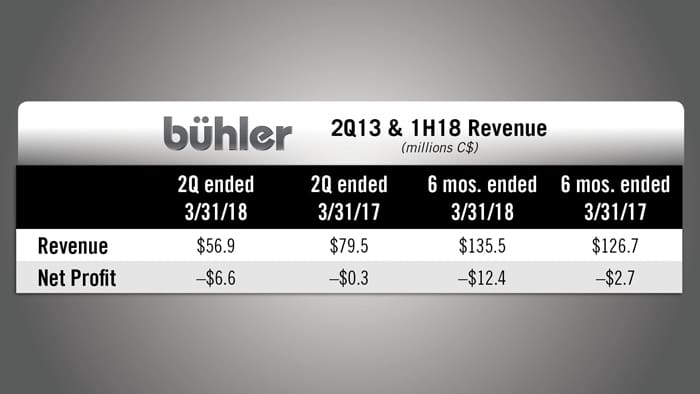 Buhler management said that weak commodity prices continue to result in reduced sales levels for the company. Sales to Eastern Europe have remained steady, while orders in North America remain below historical levels.

For the full year, the company expects sales to decrease compared to 2017. The company said, “While the demand for agricultural equipment is slowly improving, dealer inventory of new and used tractors remains high and needs to be cleared out. Profit margins are expected to decrease as inventory is reduced.”

In its May 10 agricultural report, the St. Louis Federal Reserve Bank said, for the 17th consecutive quarter, agricultural bankers in the 8th Federal Reserve District, on net, reported farm income had declined compared with a year earlier. The survey results yielded a diffusion index value of 67. But these same bankers were modestly more optimistic when asked about the prospects for farm income in the second quarter of 2018, yielding an index value of 72. 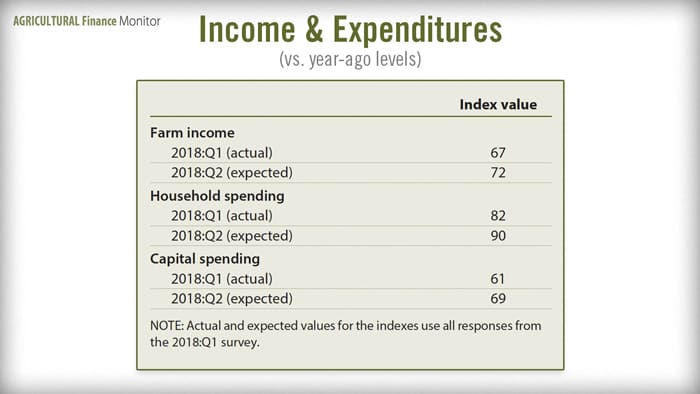 Overall, actual values for 5 of the 6 indexes covered in the first quarter were larger than expected 3 months earlier. The lone exception was the demand for loans, which was modestly less than expected.

In 2011, Kinze Manufacturing unveiled the Kinze Autonomy Project, the world’s first truly autonomous row-crop solution that could be used for a variety of tasks from planting , nourishing, maintain and harvesting crops. The system was tested for 2 years to make sure it could detect obstacles like fence posts, stand pipe, animals and other vehicles. 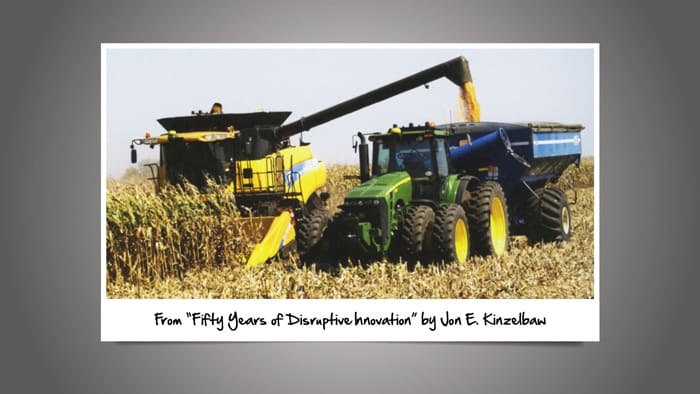