In today’s newscast, we look at the company that was formed to distribute Deutz-Fahr tractors in America — PFG America, The Climate Corp.’s parternship with Case IH for 2-way data sharing, more on Kinze’s partnership with Degelman, Case IH’s new classifications for autonomy and AGCO’s 2017 year end results.

Perhaps the biggest news for dealer distribution coming out of this week’s farm shows in Louisville and Tulare came from Deutz Fahr. The German tractor manufacturer announced it’s partnering with Power Farming Group based in New Zealand and Australia to bring Deutz Fahr tractors to America through the newly created PFG America. 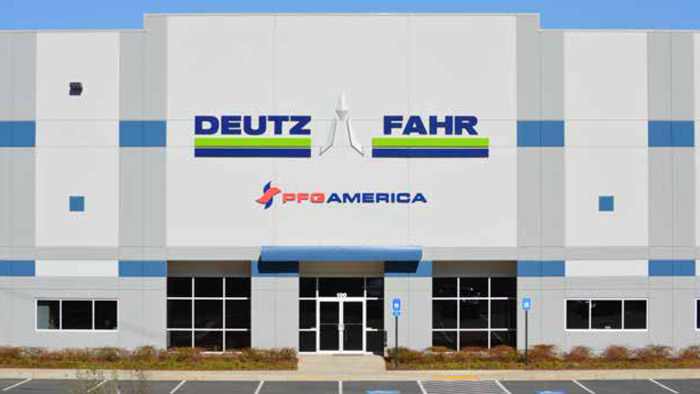 PFG invested in a new multi-million dollar facility located outside of Atlanta. In addition, the company bought out the two other U.S. Deutz Fahr distributors and brought them all under the name PFG America.

There will be financing, leasing and floorplanning available for farmers and dealers through PFG Credit, which is a partnership with DLL. While PFG America will work with the current Deutz dealers in America, President Craig Maber says there are plans to steadily grow the dealer network and product range.

PFG has been in business for over 70 years and is focused solely on ag equipment, and has annual revenues of $250 million. The company is committed to reinvesting in the business.

This week’s Dealer on the Move is H&R Agri-Power. The Case IH dealer based in Hopkinsville, Ky., has acquired Yearwood Equipment in Fayetteville, Tenn. This is H&R’s 13th location across its 5-state footprint.

Since Monsanto purchased the The Climate Corp. in 2013 for nearly $1 billion, the ensuring years have seen some dramatic changes in the precision farming landscape.

Venture capital money has flowed into data-driven start-up companies and the landscape has become increasingly competitive to attract farm customers who are looking for proven ROI to validate collection and analysis of farm information.

While proprietary hurdles still pose challenges to achieving true compatibility across all brands of equipment, Raines spoke on the steps Climate is working on to create a “data science warehouse” and tap into machine learning capabilities.

“We’re seeing that effort today, and by the way, that is tens of millions, hundreds of millions of dollars of investment related to the data science warehouse, machine learning and the analytics and the algorithms that we built. But the output of that is what you are going to see from us, literally starting in 2018 and going forward. Advanced scripting and being able to take a field and being able to turn that field into management zones that not just are about soil type, but are about elevation, and elevation by soil type and understanding drainage and hydrology in that field and being able to discern which set of genetics to plant on it.”

Raines adds that additional steps will include tying artificial intelligence capabilities to improve nutrient management and pest and disease identification.

Last episode we reported on Kinze’s entrance into the tillage market through an agreement with Degelman and dealer response to the news.

Kinze President Susie Veatch says the decision to pursue the tillage line was in response to direct feedback from Kinze dealers. She says during the down market, Kinze has been exploring ways to diversify its product offering. Each year Kinze surveys its dealers and the past 2 years has asked dealers what sort of product offering they’d like to see Kinze add. Veatch says the number one answer has been tillage.

Veatch adds that Degelman “is all about a quality, well-built, durable product that is simple to use, and that’s exactly what Kinze is about as a company. She says there’s a lot of alignment between the two companies.

Veatch predicts we’ll see a number of products like the Mach-Till and Pro-till coming to the market from both other U.S. manufacturers as well manufacturers from around the world.

In 2016, Case IH introduced its concept autonomous tractor. This week during the National Farm Machinery Show in Louisville, the company introduced its Autonomy and Automation Program to research and pilot autonomous technology in real-life scenarios.

Case IH is partnering with Bolthouse Farms, one of the largest carrot producers in North America for field trials to test Case IH’s different autonomy options. 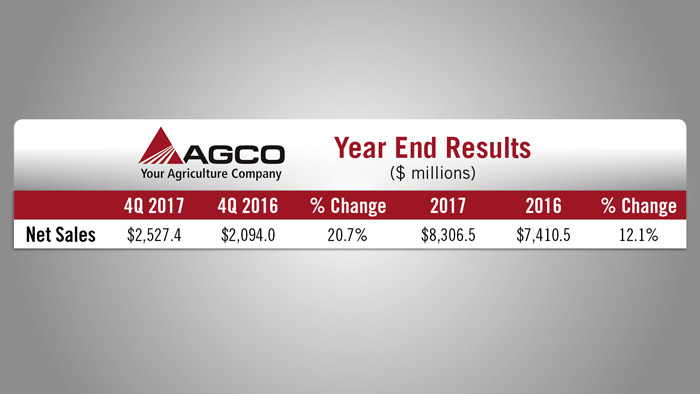 Looking at the regional results for the year, the largest sales improvements came in the Asia Pacific region, which saw a 24% improvement over 2016 sales. The Europe and the Middle East and South America regions both saw sales up 11% for the year and North American sales were up 4%. 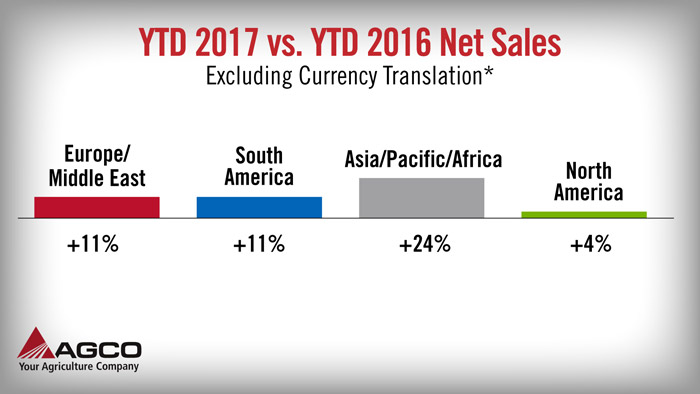 Looking ahead to 2018, AGCO chairman Martin Richenhagen says, “While farm income remains under pressure due to low commodity prices, 2018 farm income is expected to improve modestly driven primarily by better dairy economics and higher 2017 wheat production.” Based on these assumptions, AGCO expects farmer sentiment to remain positive and 2018 demand to be relatively flat compared to 2017 levels.

And now from the Implement & Tractor Archives.. 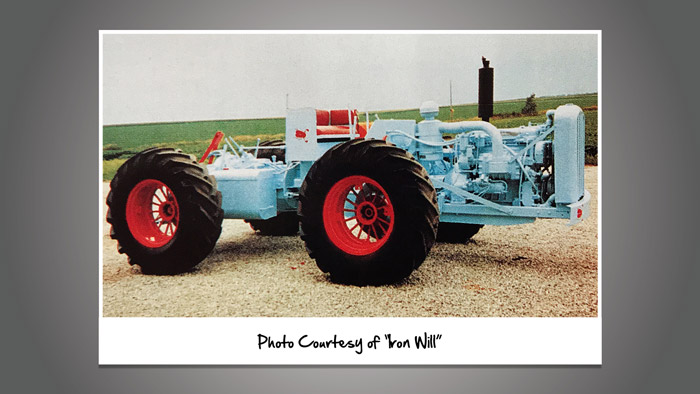 In 1957, Indiana farmer Earl Rockwell built what he called the Beatall tractor. It was made from two tractor rear ends and 471 GM diesel engine. The 4WD tractor was capably of 105 horsepower and was steered hydraulically and hinged in the middle for turning. He named the tractor Beatall after the slang expression “Well, if that don't beat all.” He sold the tractor to another farmer in 1971, but bought it back in 1991 and restored it.

As always, we welcome your feedback you can send comments and story suggestions to kschmidt@lessitermedia.com. Until next time, thanks for joining us.