During the next 3-5 years, Cleve Buttars, CEO & owner of Agri-Service, an 8-store dealership with locations across Idaho, Northern Utah, and Eastern Oregon, sees many changes in the retail distribution of farm equipment.

In a one-on-one interview with Buttars, Farm Equipment asked him for his views on how things will be shaking out for ag machinery dealers. 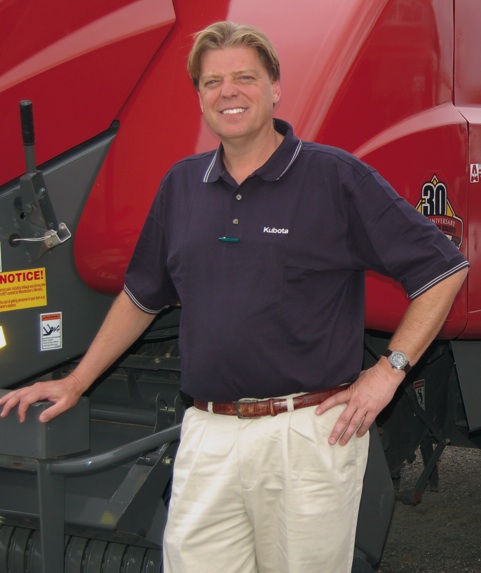 “I see a rapid consolidation of dealers. John Deere pretty much set the tone when it issued a corporate edict that dealers will have so many locations and achieving a prescribed amount in sales volume. Then they set about to force the issue.

“From the manufacturers’ point of view, I can see much of what they’re doing with dealers makes sense. From my position as a multi-store dealer, I can also see how the economy of scale makes sense.

“For these reasons, I think that it’s going to be really hard for a single-store dealer to survive, regardless of brand. At the same time, there are some agricultural areas that need and can support a single-store dealer. I think the manufacturers are making the mistake of purposefully taking out dealers in single locations. I believe that natural attrition will sort out the market.

“We have dealer agreements, not franchise rights. We realize this, but it’s the individual dealers that know whether they can sustain the business or not. One thing we know for sure is that farmers are not willing to drive 200 or 300 miles for service.

“The main reason manufacturers like larger dealers is that they seem to have a little more experience and resource to take care of problems themselves. A smaller dealer may have to call on the manufacturer’s service center to help them with some problems, but that’s not always true.

“In our case, we’ve sold a lot of balers during the past 20 years. Any problem that happens on the baler, there’s a very good chance that we’ve seen it, we’ve dealt with it, and we know the fastest and the best way to correct that problem. So as a larger dealer we have a service advantage.

"We’ve never gone in and taken them over in a hostile fashion, nor do we have AGCO bullying them into getting out of the business. I think that it’s just going to be a natural process and it’s going to take a while. In the end, I believe there will still be a lot of single store survivors.”

Since it was founded by Buttars in 1990, Agri-Service has been on the grow.

“All of our additions were existing, single-store dealers that, for some reason, wanted to get out of the business. We didn’t wrench any of those stores away from their owners in a hostile fashion,” says Buttars.

Here’s a timeline for how Agri-Service has expanded during the past 19 years.

This includes promotional programs and how donations are handled.

“We have an Employee Benefit Fund and each store has a representative on the fund, and they determine where the donations that we as a corporation make will go,” says Buttars.

The fund not only oversees donations to charitable causes, but it’s active in local events and the sponsorship of programs and fundraising efforts that employee’s children are involved with. Much of the fund’s support comes from the employees who, on voluntary basis, contribute $50 per year.

In some cases, it’s used for co-workers that need help with an insurance deductible or if they’ve had a family incident or tragedy. The fund has also makes personal loans on a need basis.

Making an Old Dealership New Again — For the Next Generation