Never before has so much attention been placed on the growing of crops that may never be harvested. Cover crops are earning praise in presidential state of the union addresses, are specified by ag buyers in their ESG initiatives and are heard in virtually every conversation on carbon credits.

Cover crops have been a major path for countering rising input costs, not to mention their benefits for managing soil erosion, fertility, water/soil quality, weeds, pests and diseases.

The total number of cover crop acres in the U.S. grew from 10.3 million to 15.4 million from 2012-2017, according to the most recent USDA Census of Agriculture, and is projected to surpass 40 million by 2029. As the conservation practice becomes more widespread, so does the need for equipment to help cover croppers achieve their goals. 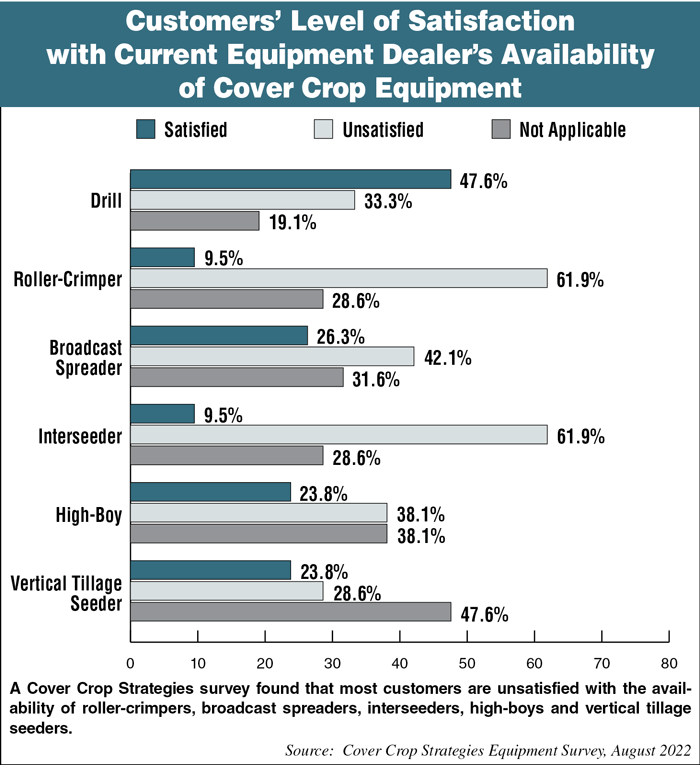 An exclusive survey asked customers for their level of satisfaction with their current equipment dealer’s availability of cover crop equipment. Most were satisfied when it came to drills, but unsatisfied with the availability of roller/crimpers, broadcast spreaders, interseeders, high-boys and vertical tillage seeders. More results from the survey can be found in the report, which is currently available for download HERE.

T.J. Kartes, an experienced farmer who also sells cover crop seeds for Saddle Butte Ag, has seen a major uptick in the production and usage of cover crop equipment, a trend he doesn’t see slowing down anytime soon.

“They have developed so much more equipment in the last 5-10 years,” Kartes says. “From interseeders and high clearance machines to vertical tills with seed boxes on them. I’ve seen people modifying no-till drills and normal drills. Farmers are so innovative they’ll build it themselves, and then the machinery companies come along and say we can build that faster and better, so they do.” 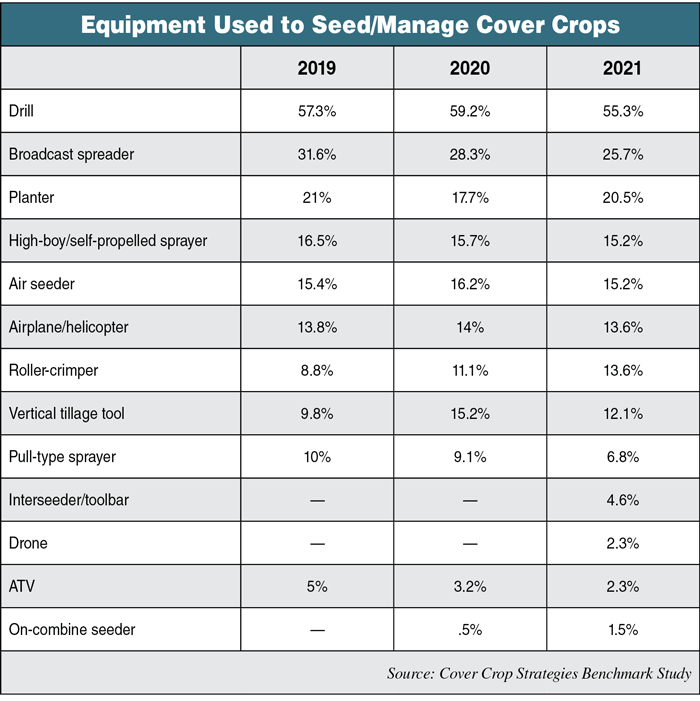 5 Equipment Manufacturing Trends to Watch in 2023