Agricultural loan balances at commercial banks continued to decrease in the third quarter, according to Call Report data. Most of the recent decrease was driven by non-real estate loans, which were nearly 5% less than the previous year, the largest drop in more than 15 years (Chart 1). Farmland loans also decreased for the second consecutive quarter and at a faster pace than the previous quarter. The combined pullback in both loan types led to the largest decline in overall farm debt in any quarter since the late 1980s. 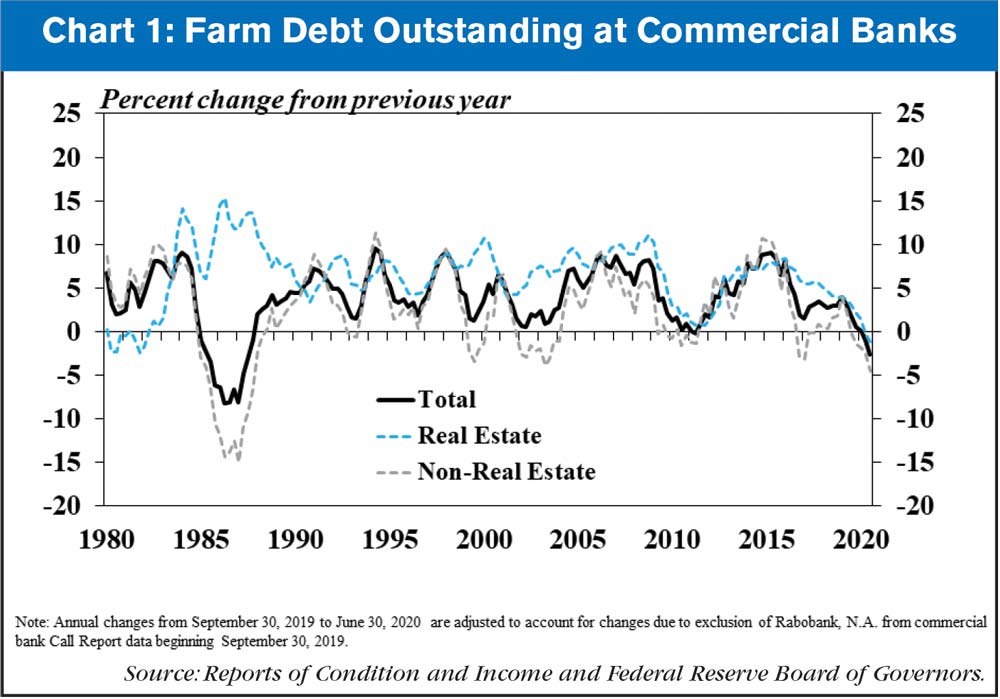 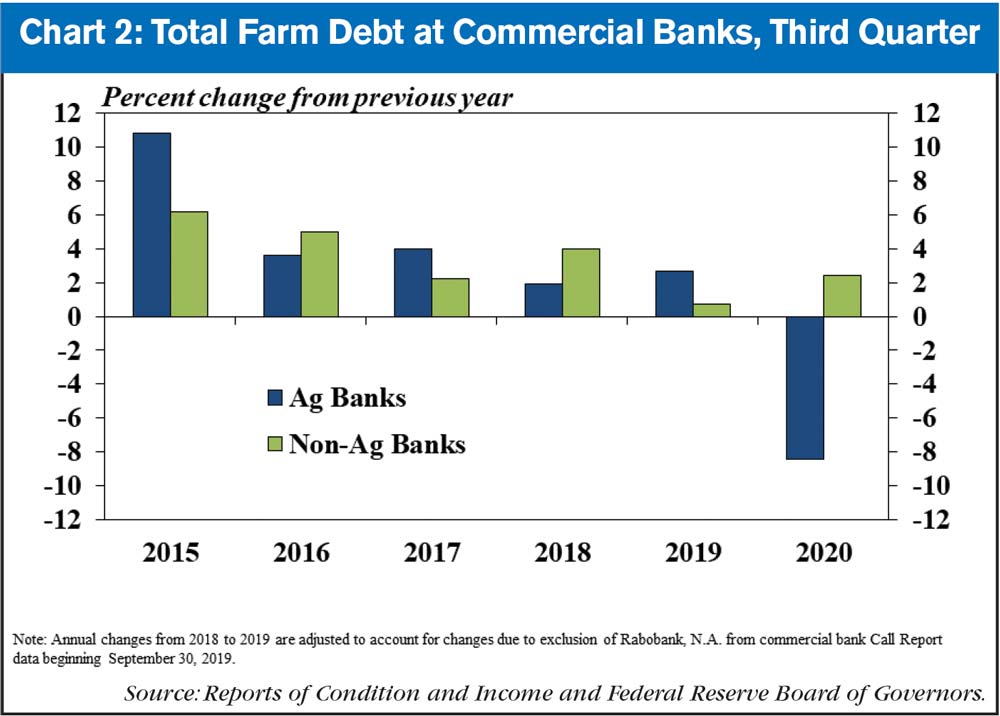 Also continuing a trend from recent quarters, the rate of non-performing farm loans increased at a steady pace. Compared to the third quarter a year ago, the volume of non-performing farm real estate and non-real estate loans were 16% and 14% higher, respectively (Chart 3). While the volume of total farm loans past due more than 90 days continued to trend upward, loans past due less than 90 days declined by about 20%, an indication of lower volumes of newly delinquent loans in the third quarter. 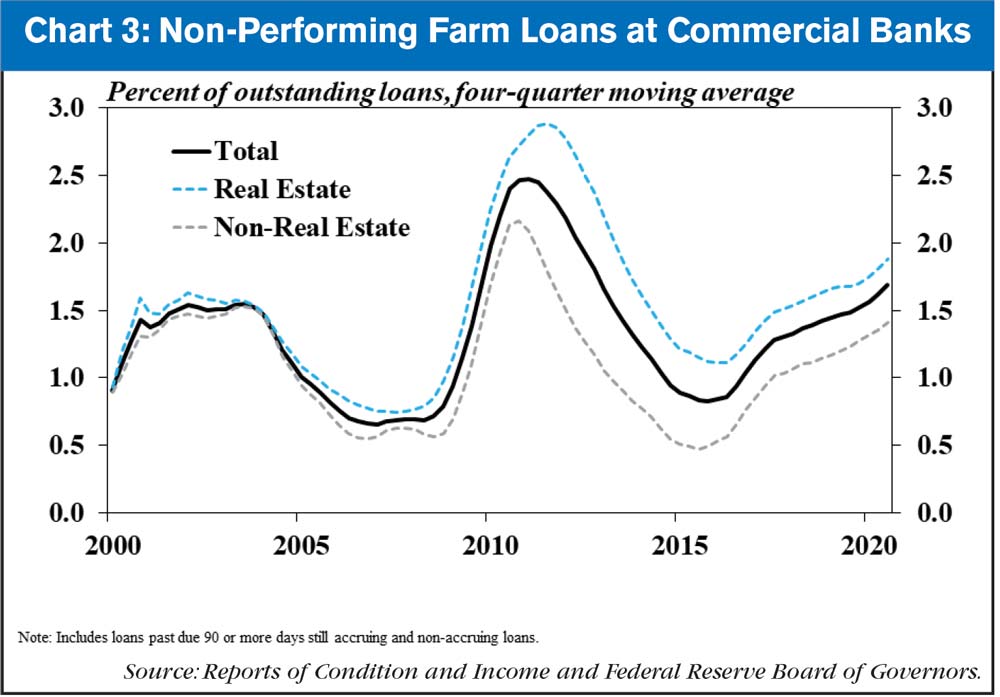 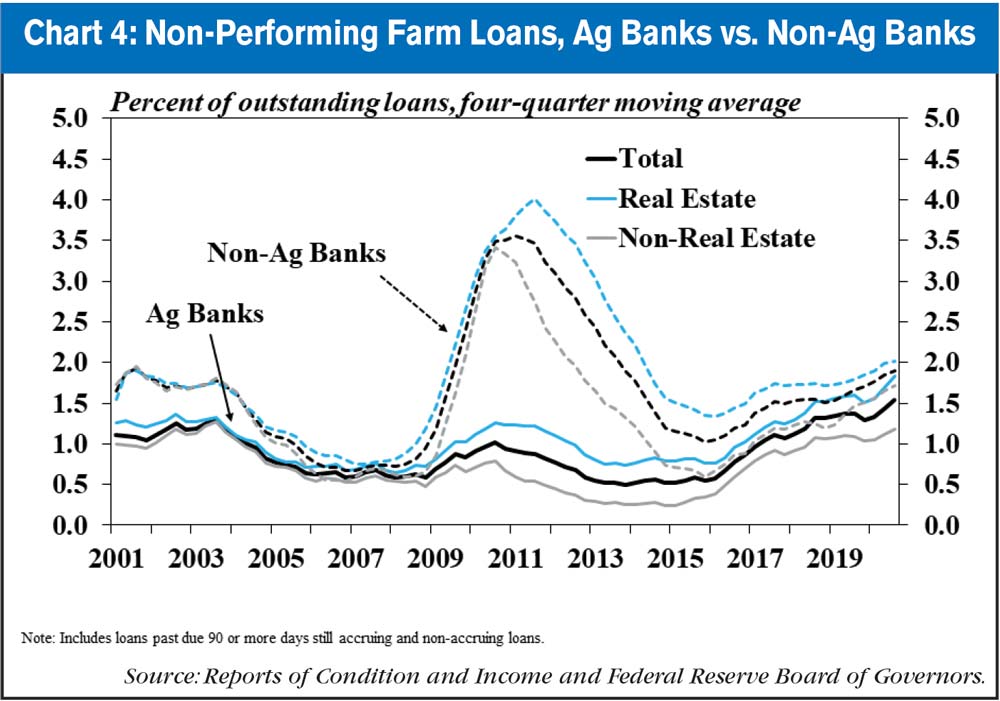 Compared to last year, lending activity at agricultural banks slowed in the third quarter, contributing to lower levels of total U.S. farm debt. Although the overall rate of non-performing farm loans increased, loan quality remained higher at agricultural banks. Difficulties related to the COVID-19 pandemic continued to weigh on farm lending and loan performance, but government programs also may have offset some borrowing needs and supported financial conditions for farmers.