Deere & Co. reported consolidated net sales and revenues of $8.9 billion during its third quarter ended Aug. 2, 2020 vs. $10 billion in the same period a year earlier, a decline of 11%. Equipment operations came in at $7.9 billion during the period compared to nearly $9 billion last year, also a drop off of 12%.

Net sales of Agriculture & Turf products during the third quarter were nearly $5.7 billion, down 5% from about $6 billion a year ago.

Through the first 9 months of the company’s fiscal year, worldwide net sales and revenue fell 12%, to $25.8 billion from $29.4 billion for the first three quarters of fiscal year 2019. Net sales of the equipment operations were $22.6 billion year-to-date vs. $26.2 billion for the same period of 2019. 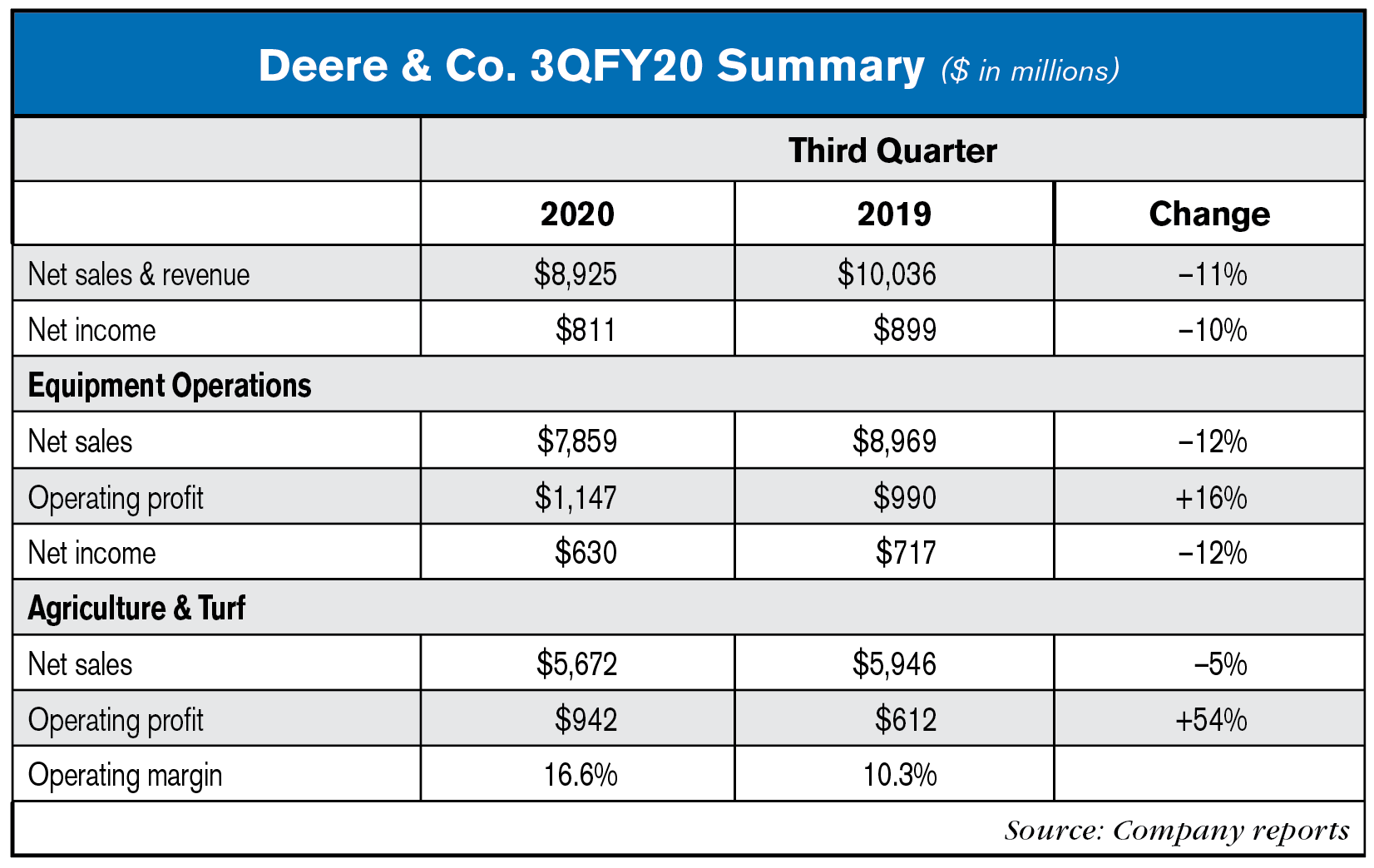 The company reported that Agriculture & Turf sales decreased for the quarter due to lower shipment volumes and the unfavorable effects of currency translation, partially offset by price realization. Operating profit increased primarily due to price realization, and lower selling, administrative and general expenses. Research and development and warranty expenses were down as well. These items were partially offset by the unfavorable effects of foreign currency exchange, lower shipment volumes/sales mix, and impairments and closure costs. 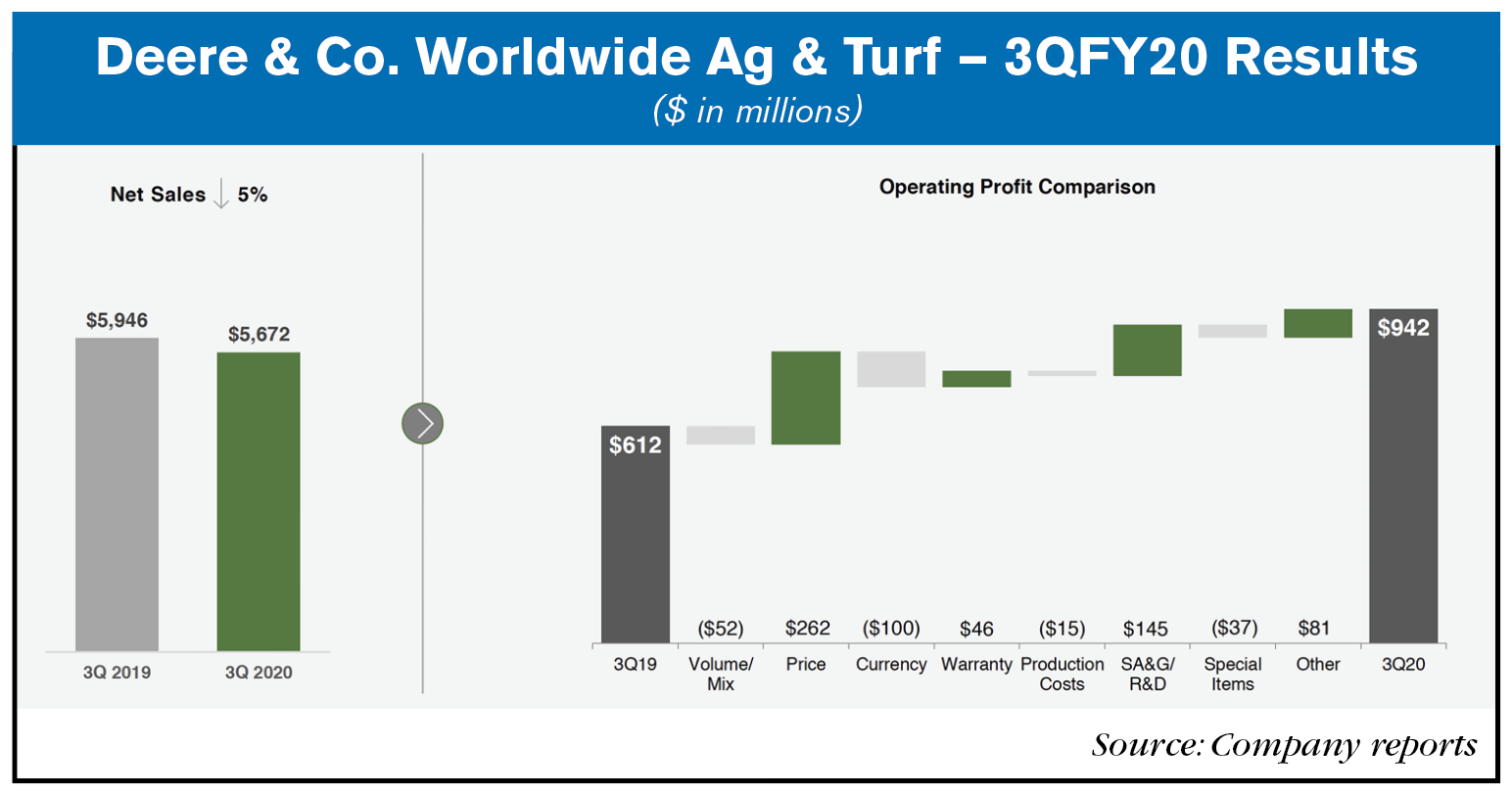 For the full fiscal year, Deere expects net income attributable to Deere & Co. to be about $2.25 billion. The company explained that many uncertainties remain regarding the effects of the global pandemic that could negatively affect the company's results and financial position in the future. This is higher than the $1.6-$2 billion estimated earlier.

In addition, it announced broad employee-separation programs that will be completed during the fourth quarter in support of its strategy to create a leaner, more agile organization. The programs’ total pretax expense included in the forecast is about $175 million with estimated annual savings of $175 million.

“Although unsettled market conditions and related customer uncertainty are expected to have a moderating effect on key markets in the near term, we believe Deere is well positioned to help make our customers more profitable and sustainable,” said John May, Deere’s chairman and CEO. “In addition, we are encouraged by the early benefits we are experiencing from the company’s recently launched smart industrial operating model. We’re confident it will help accelerate our ability to deliver differentiated solutions to our customers, while contributing to improved efficiencies across the company.”