China’s $40 Billion in Ag Purchases: Will It Happen?

According to a recent report from Reuters, China’s top agriculture consultancy forecasts China will follow through on its promise to purchase more than $40 billion per year of U.S. agricultural products. Others, however, remain skeptical about the estimates.

The report says Chinese purchases of agricultural goods are expected to reach $50 billion by 2021, according to U.S. trade representative Robert Lighthizer. 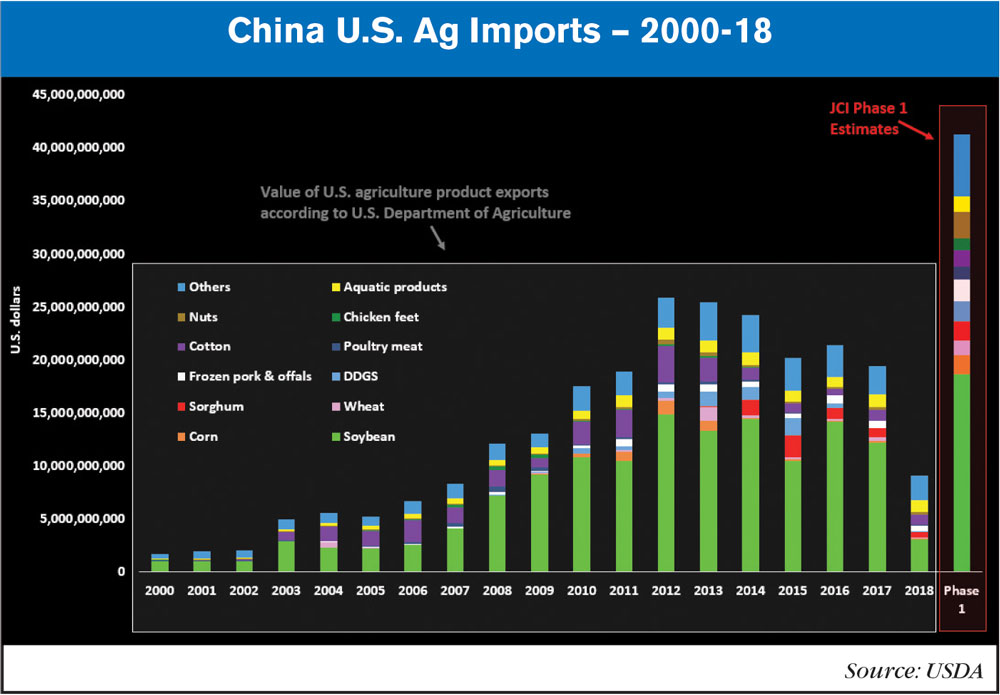 JCI, a Shanghai-based consultancy, estimates China can buy a total of roughly $41.3 billion worth of U.S. farm products annually, including around $18.7 billion (49.6 million tons) of soybeans. Soybeans have been hit heavily by Chinese tariffs on U.S. goods, hurting U.S. farmers. 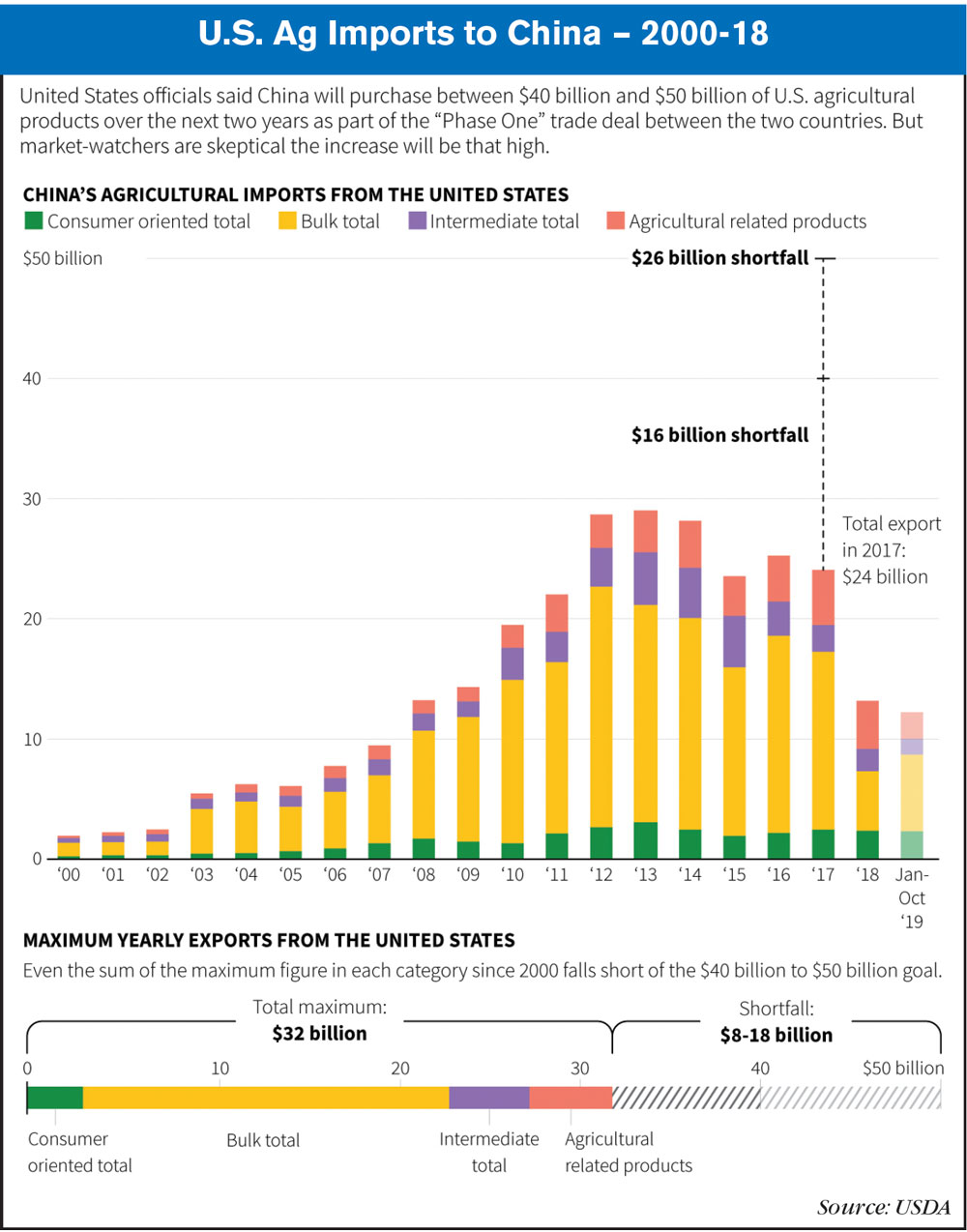 JCI’s projections were based on a “careful study” of China’s import volume of U.S. farm products in the past and assume favorable weather and pricing throughout, said the company.  JCI expects another $2.1 billion will come from 1.1 million tons of frozen pork and offal imports, while sorghum, corn and distillers’ grains imports will reach about $1.8 billion each. It did not include volumes bought for state reserves. 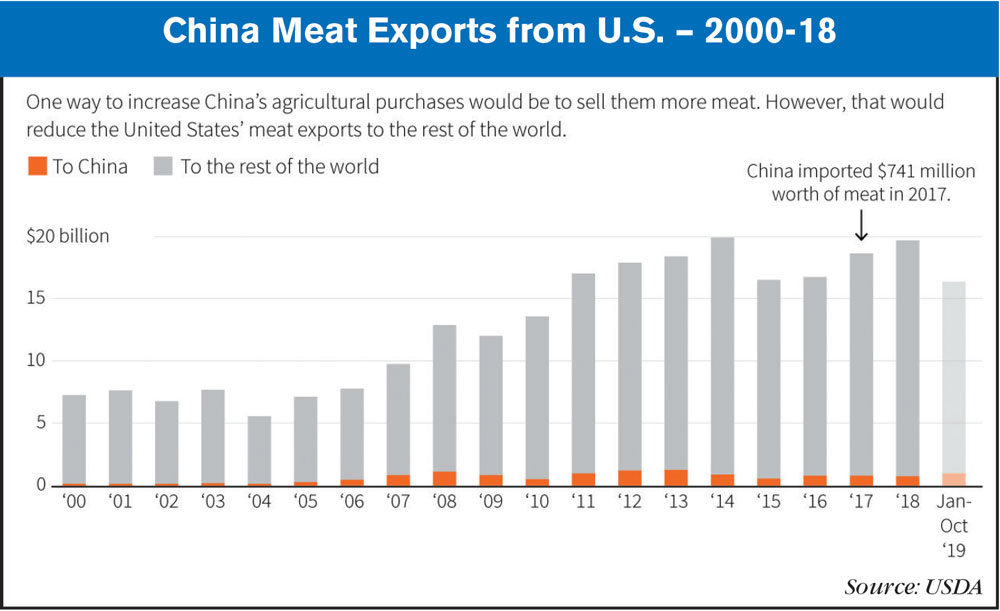 A report from Bloomberg, however, was more skeptical of the forecasts on China’s ag purchases, saying, “Citigroup Inc. said it’s skeptical that China can purchase $40-50 billion in American farm goods next year and even reaching $32 billion would be a ‘challenging feat.’’ The report also mentions that China meeting this purchase goal, “would require a huge jump in China’s imports, potentially stretching its capacity to absorb the products.” China imported around $24 billion in U.S. ag products in 2017, one year before the trade war started.

According to a report from Reuters, the Phase 1 trade deal will be signed on Jan. 15.

The OEM-Customer Relationship in Ag: Where it Stands and Where it’s Headed