Sept. 22 – Deere & Co.’s incoming chief executive John C. May will likely bring the manufacturer’s focus back to U.S. soil amid a struggling international presence, according to a Sept. 22 report in The Wall Street Journal. Deere said in August that May will become CEO in November, while former CEO Sam Allen will remain chairman of the company’s board.

With demand for farm machinery receding world wide, dealers for Deere and industry analysts say they expect May to focus on cutting costs and adding new technology and data services to its equipment that will justify higher prices in the U.S.

The focus on new technology aimed at U.S. farmers is a pivot from Allen’s emphasis on selling more of Deere’s equipment in developing markets overseas, which translated into a series of John Deere factories opening in Brazil, Russia, China, India and elsewhere. Deere has said it would decide this fall whether to close some of its world wide network of around 50 factories.

The U.S. and Canada accounted for 57% of Deere’s $33.3 billion in equipment sales last year. 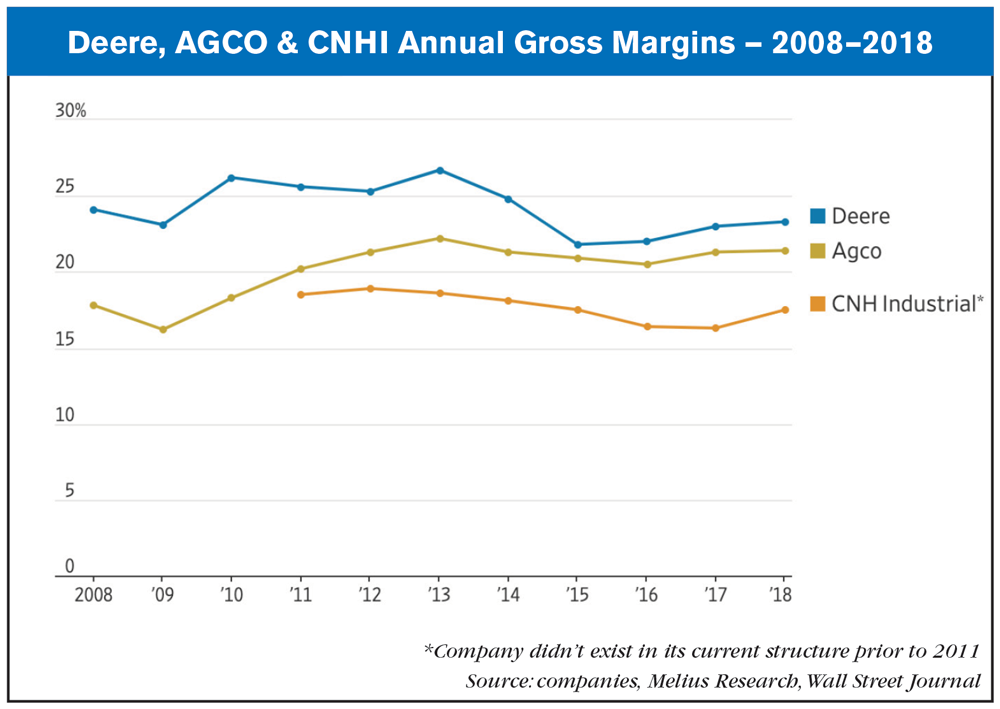 Deere's gross margins on its farm and construction equipment has been mostly flat over the past decade, along with the margins for its main competitors. Deere’s sales of farm equipment over the past three quarters are up 2% from the year-ago period due to price increases. But profit from those sales fell 12%, partly due to higher material costs and rising factory expenses. Deere’s gross profit margin on equipment has been flat for most of the past decade even though overall equipment sales have increased about 61% during that time. The company last month aimed to raise its operating margin to 15% by 2022 from about 10% currently.