There’s little doubt that the volume of prevented plant acres will impact the sale of farm machinery for the remainder of 2019 and possibly into 2020. The effects of the poor planting weather that resulted in very late planting or prevented planting of corn and soybeans earlier this year throughout much of the Midwest is still to be determined. Dealers know that equipment not used doesn’t have to be repaired or replaced.

One Ohio farm equipment dealer summed up the situation this way: “They didn't put any acres on them this year. They didn't go into the field and plant anything with it, consequently, they're not going to harvest anything with it. So as we get into next year, that stuff is ready to go already. It doesn't have any acres on it from last year. We'll see that affect our parts and service side as we get into the winter and into next spring."

Agricultural producers reported they were not able to plant crops on more than 19.4 million acres in 2019, according to a new report released by the USDA. This marks the most prevented plant acres reported since USDA’s Farm Service Agency (FSA) began releasing the report in 2007 and 17.5 million acres more than reported at this time last year. Of those prevented plant acres, more than 73% were in 12 Midwestern states, where heavy rainfall and flooding this year has prevented many producers from planting mostly corn, soybeans and wheat. 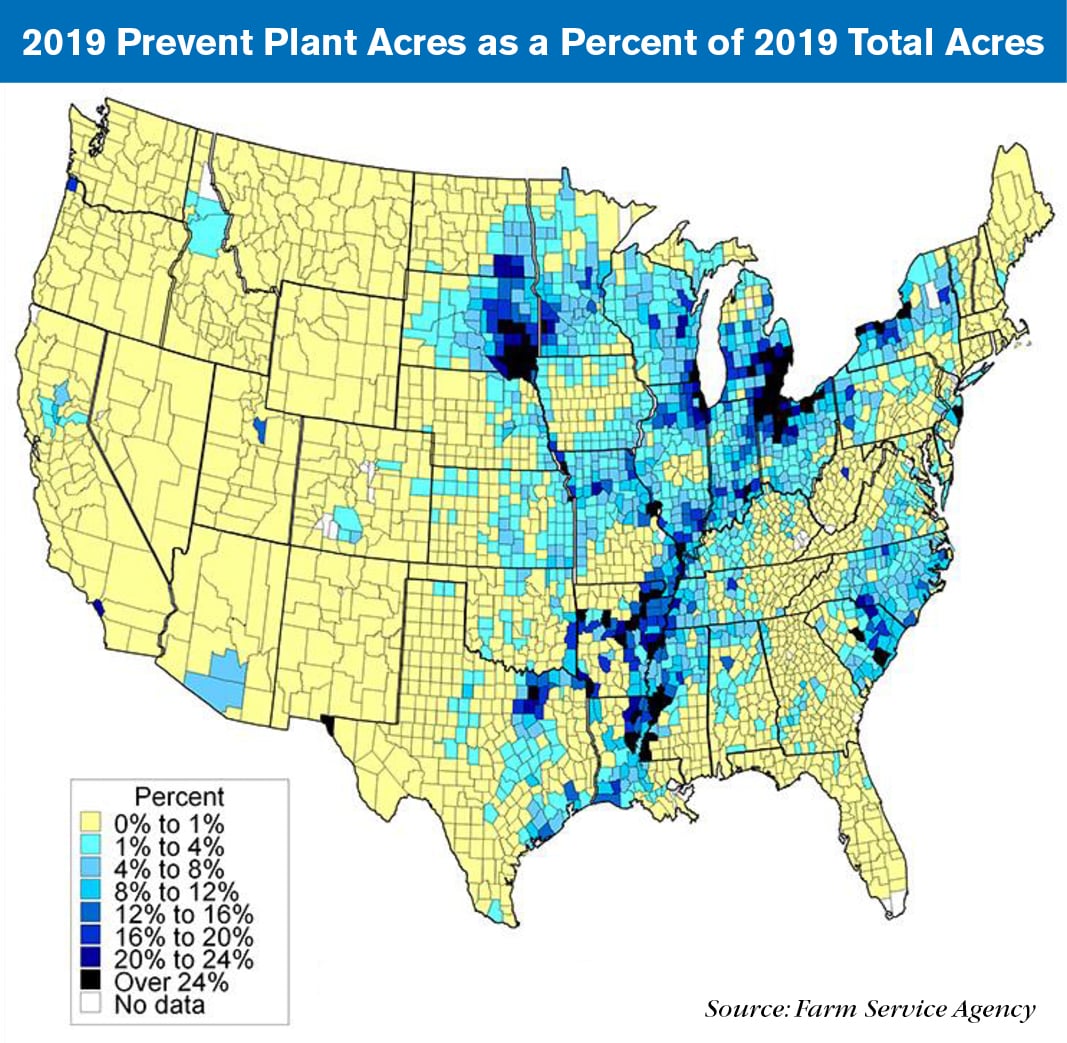 This data report aggregates information from crop acreage reports as of Aug. 1, 2019, which producers file with FSA to maintain program eligibility and to calculate losses for various disaster assistance programs. The crop acreage data report outlines the number of acres planted, prevented from planting, and failed by crop, county and state. To find more information, view the Aug. 12 report.

In addition to acreage reports filed with FSA, producers with crop insurance coverage for prevented planting file claims with their insurance providers. These claims are provided to the Risk Management Agency) RMA and may differ from the prevented planted acres reported to FSA. More information on prevented plant coverage is available on the RMA website.

Official USDA estimates of total acres planted, harvested and to be harvested, yield and production are available from USDA’s National Agricultural Statistics Service at nass.usda.gov.