Following a famously difficult planting season in the U.S., the USDA June Acreage Report showed a surprising increase in corn acres planted year-over-year, up 3% compared to June 2018. This contradicts the USDA’s WASDE from June 11, which reduced the estimated corn acres planted from 92.8 million to 89.8 million and the crop yield per acre from 176 bushels to 166 bushels. The June Acreage Report re-estimated corn acreage planted at 91.7 million, almost returning to levels predicted in the March Acreage Report.

Data shows that most states in the “corn belt” remained flat year-over-year in June or showed increases compared to last year: notable examples include Kansas up 8%, Nebraska up 4%, Iowa up 3%, and Minnesota up 1%. Though some strong corn states’ acreage suffered from the weather (South Dakota down 9%), decreases in corn acreage planted came mostly from states without traditional corn economies: notable examples include Florida down 20%, Idaho down 6%, and New Mexico down 11%. 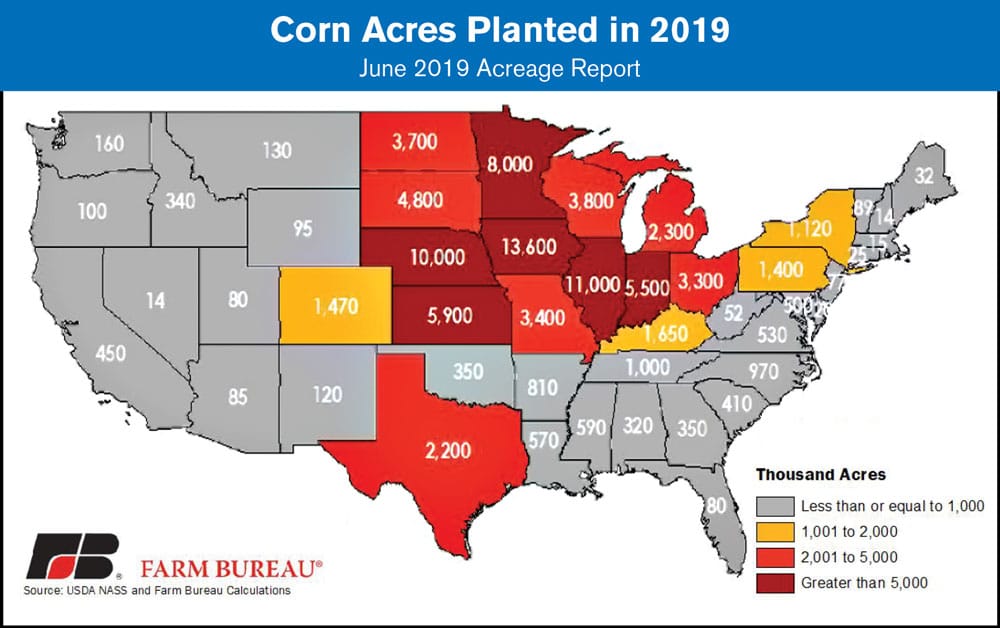 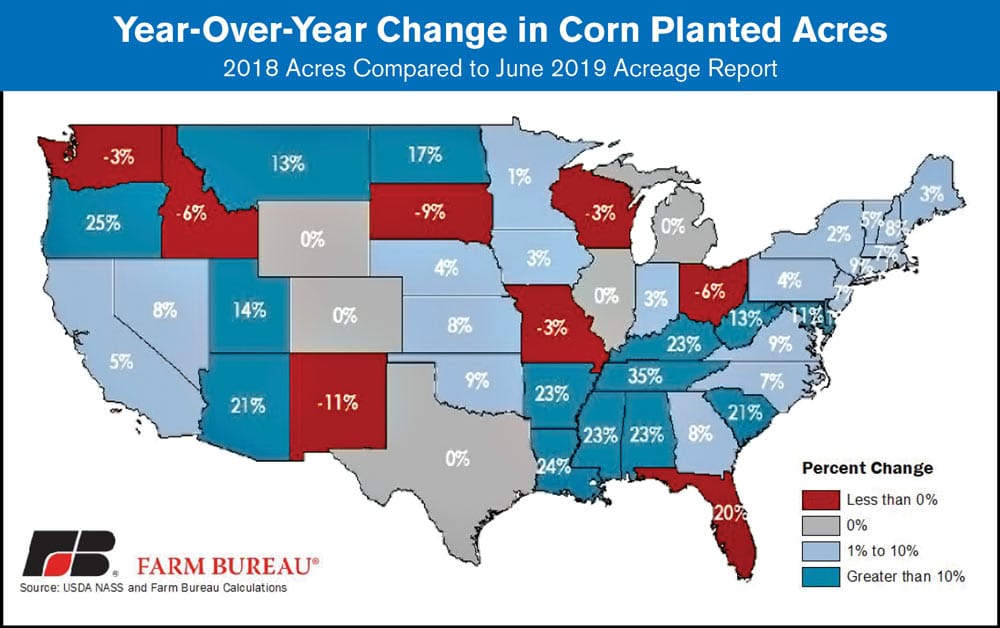 Soybeans faired far worse than corn in the June Acreage Report, with acreage down 10% year-over-year and down 5% compared to March 2019. This brings soybean acres to their lowest point since 2013. 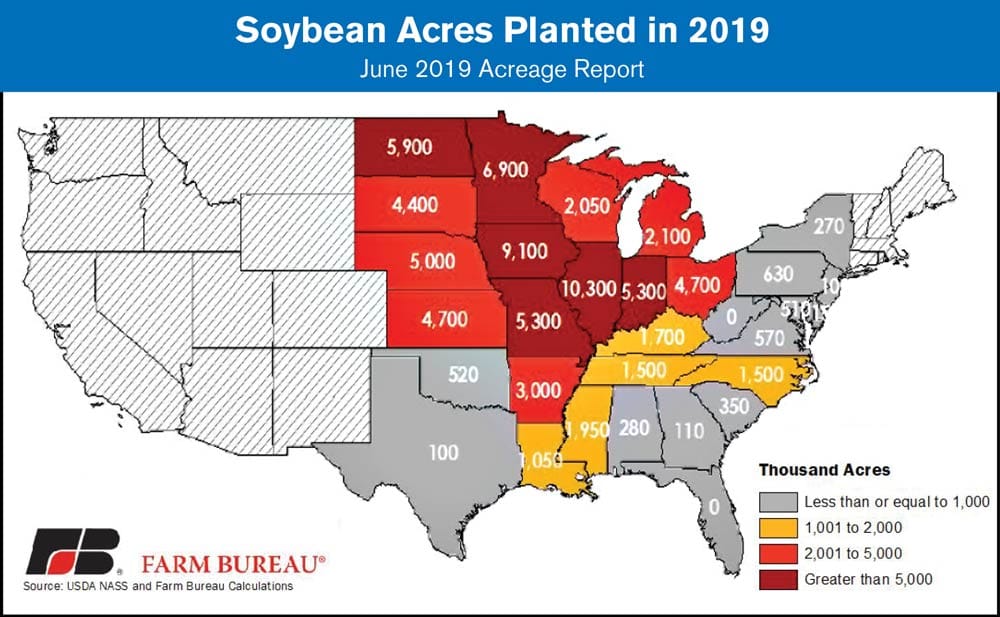 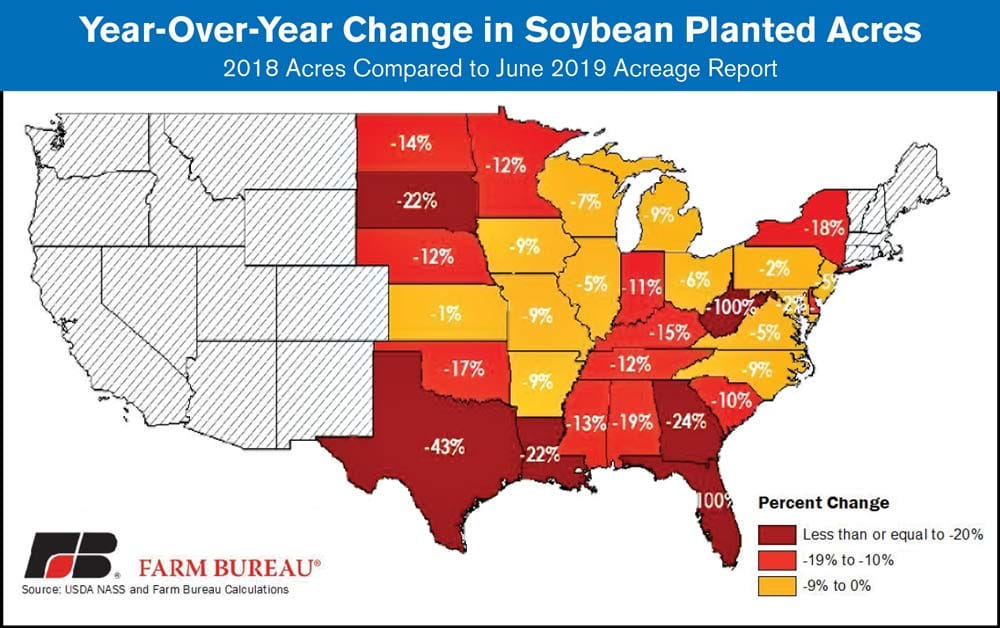 Following the release of the June Acreage Report by the USDA, corn futures fell by 19 cents and represented a $2.6 billion reduction in the value of new-crop corn. The USDA indicted that 83% of the intended corn acreage had been planted by the time of the survey, far below the 10-year average.

In order to provide a more accurate estimate of the crop size and planted area, USDA announced that it will resurvey farmers in advance of the August 12 Crop Production report. Farmers in 14 states will be reinterviewed to determine their planted area of corn, soybeans and sorghum.