Used Equipment Pricing Stable, Inventories Still on the High Side

Dealers responding to the September Dealer Trends & Business Outlook Survey report that used equipment prices remained consistent in August compared to July. By category, tractors over 100 horsepower were up 3.1% year-over-year on average in August vs. 2.8% in July. Pricing for used tractors under 100 horsepower were up 2.1% in August, which was consistent with July. Used combine values came in slightly higher year-over-year, up 0.2% in August from a flat reading in July. 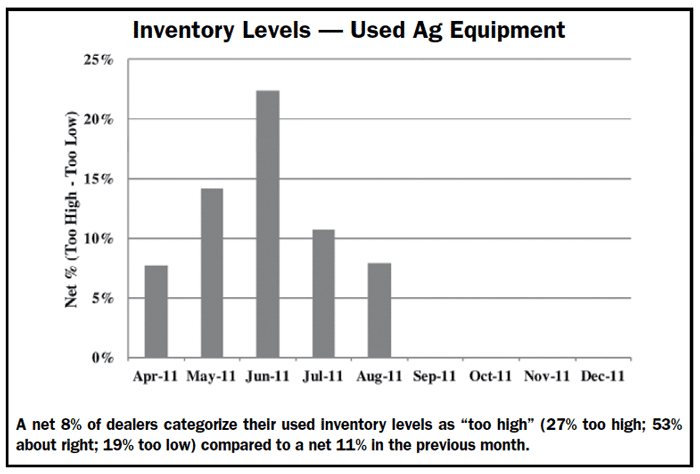 Ag Equipment Intelligence and Cleveland Research Co. conduct the survey monthly. The September version ran during the last two weeks of the month and included responses from 345 U.S. and Canadian dealers that represented combined annual revenues of roughly $13.2 billion.

According to Curt Siegmeyer of Cleveland Research, sequentially, a net 6% of dealers reported higher values for under 100 horsepower utility tractors (11% higher; 85% same; 5% lower), up from July’s finding of a net 1% reporting lower values. 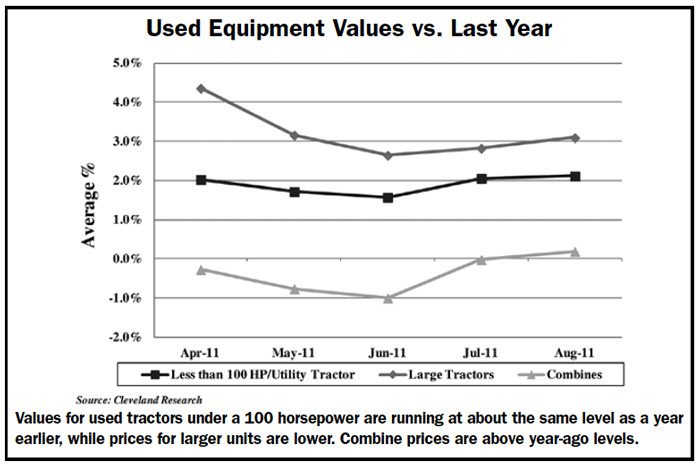 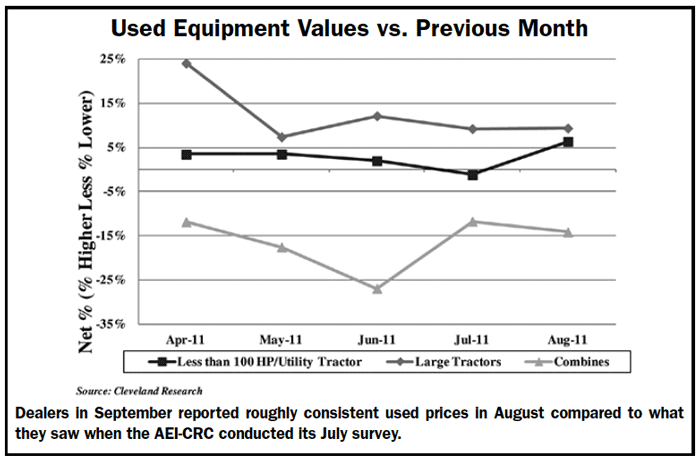 While pricing for used machinery has remained relatively stable, a net 8% of dealers categorize their used inventory levels as “too high” (27%/53%/19%) compared to a net 11% in July. “While still high, it’s encouraging to see more dealers feeling more comfortable with used equipment, as strong seasonal sales appear to be contributing to the improvement,” says Siegmeyer.

At the same time, a net 27% of dealers reported used combine inventory levels declined compared to last month (10%/53%/37%). Commentary on combine inventory suggests that, while there was sequential improvement, a significant overhang still exists, but it appears manageable.