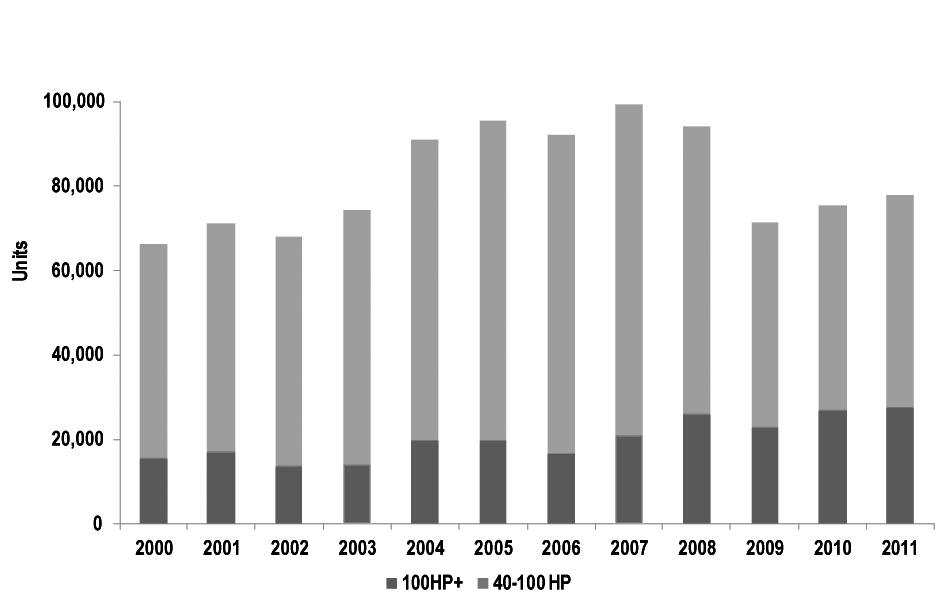 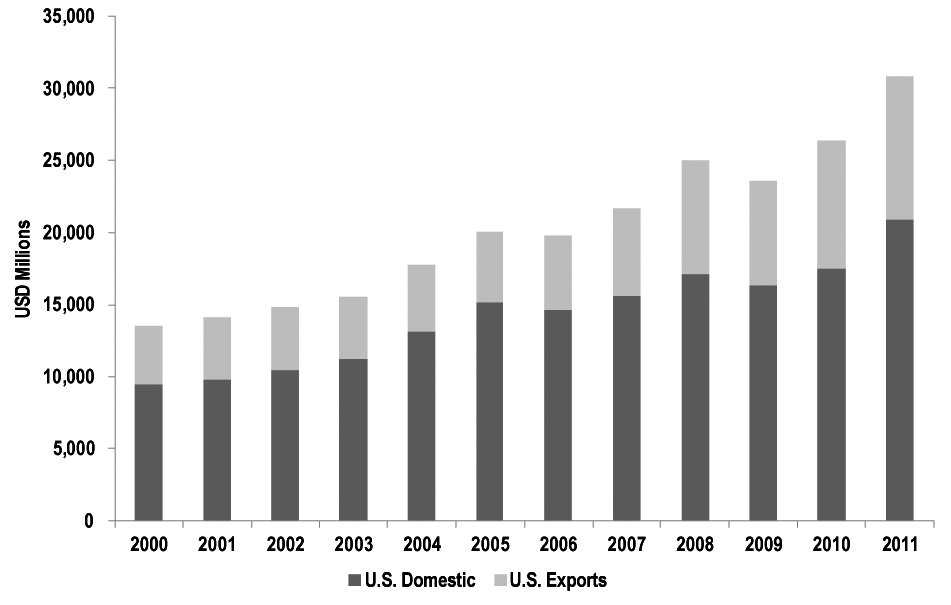 In a May 11 note to investors, Ann Duignan, machinery analyst for JP Morgan, says, “ag fundamentals are not well understood” by many observers of the industry.

Through April, sales of these high horsepower units are up 3% in North America, and according to Duignan, increased sales of tractors in the 40-100 horsepower range (up 6% year-to-date) are a result of strength in the livestock sector.

She also points to “the effect of increased horsepower, emissions changes and opportunistic pricing on U.S. shipments of ag equipment, in dollars, as reported by the U.S. Census Bureau. In 2011, overall shipments increased 17%, aided in part by exports, which increased 13% year-over-year, according to the U.S. Bureau of Economic Analysis. Shipments in dollars increased 24% in the first quarter of 2012, suggesting a solid start to the year.”

April Ag Equipment Sales Down, But Not Too Bad