In today’s newscast, we discuss a quick update on the North Dakota dealer protection law, whether or not we’re currently at the bottom of the trough in the ag economy cycle, a new joint venture among 4 agribusinesses, and the latest earnings reports from Cervus Equipment, John Deere and Buhler Industries.

According to published reports, a federal judge has ordered North Dakota Attorney General Wayne Stenehjem not to enforce or “institute an action for any alleged violation” of the new law until the issue can be resolved.

Farmers and dealers alike are feeling more optimistic about the state of the ag economy. The latest Ag Economy Barometer released earlier this month by Purdue University and the Center for Commercial Agriculture, showed producers are more optimistic about current conditions and their future expectations.

The July Barometer reading was 139 and the report’s authors say,  “Sentiment this summer among the nation’s agricultural producers is markedly more positive than during summer 2016, when barometer values ranged from the mid-90s to the low 100s.” 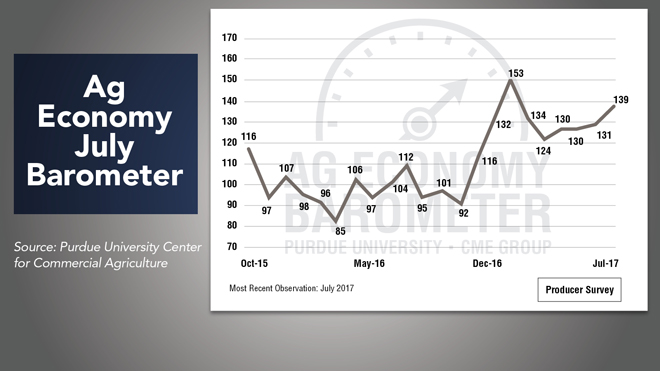 We spoke with Steve Hunt, vice president of H&R Agri-Power, a 12-store Case IH dealership based in Hopkinsville, Ky., during the Dealership Minds Summit earlier this month. Hunt also serves on the Case IH dealer advisory board. From his perspective, we’re currently nearing the bottom of the trough in the cycle.

Claas dealer Canada West Harvest Center announced plans to open a new location in Yorkton, Saskatchewan. The purchase adds a fourth dealership to the region within the span of 3 years, joining the Regina, Saskatoon and Swift Current locations.

Beard Implement Co., a Case IH, New Holland and Kubota dealer with headquarters in Arenzville, Ill., has added two new locations in Hannibal Mo., and Pittsfield, Ill. The Hannibal location plans to be Case IH exclusive while the Pittsfield operation will offer all three lines.

Now here’s Associate Editor James DeGraff with the latest from the Technology Corner.

The four collaborating companies are Wheat Growers, Landus Cooperative, Central Valley Ag and WinField United, all of which are expected to hold equity positions in the new joint venture, pending final approval from each organization.

The joint venture will license its FieldReveal precision farming platform to additional ag retailers across North America and could be incorporated as part of retailers’ existing precision ag offerings.

The genesis of the FieldReveal platform was the MZB precision farming system from Wheat Growers, Precision Farming Dealer’s 2014 Most Valuable Dealership. Precision farming manager Brent Wiesenburger (Wise-en-burger) says the key to the new agronomic tool is that it was designed to enhance the partnership between ag retailers, agronomists and their customers.

“When you think about the technology space in agriculture, it is very dynamic. FieldReveal can’t develop everything. This joint venture will allow us to digitally connect to best-in-class technologies that bring our producers the best value. I myself think about it as a “shark tank” for ag. Think about four ag retail businesses that represent millions of acres in a room together with a company that provides a great technical solution for all of us.”

Wiesenburger adds that the joint venture positions the companies well for future growth in the agronomic space, creating an enlarged footprint to preview or launch each company’s new technologies. 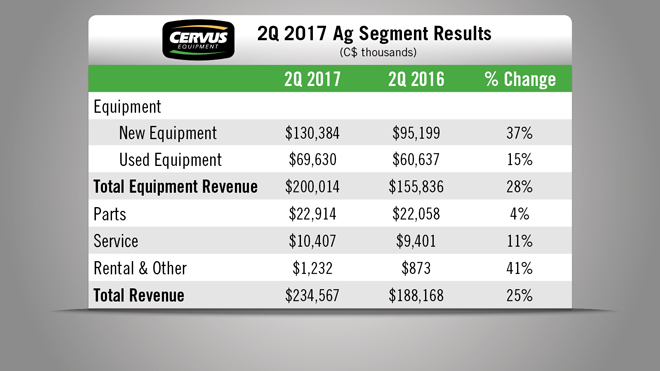 Deere & Co. reported its 3rd quarter earnings on Aug. 18. Worldwide net sales and revenues were up 16% for the quarter to $7.8 billion. Net sales from equipment operations were $6.83 billion vs. $5.86 billion for the same period last year. 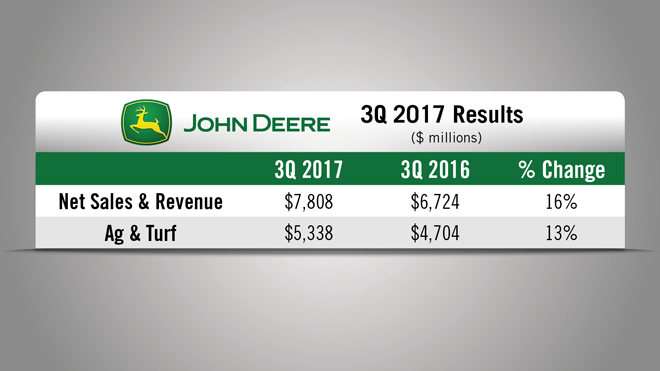 Deere’s worldwide sales of ag and turf equipment are forecast to increase about 9% for fiscal year 2017. Industry sales for agricultural equipment in the U.S. and Canada are forecast to be down about 5% for 2017, reflecting weakness in the livestock sector and the continuing impact of low crop prices.
During Deere’s earnings call with analysts, Dr. J. B. Penn, Deere’s chief economist, provided commentary on the global ag economy.

He says a turnaround in farm income is forecast for calendar year 2017, the first increase since the peak in 2013. Deere’s experience suggests that traditional farmer capital purchase patterns are returning now that used equipment inventories are approaching more traditional levels. 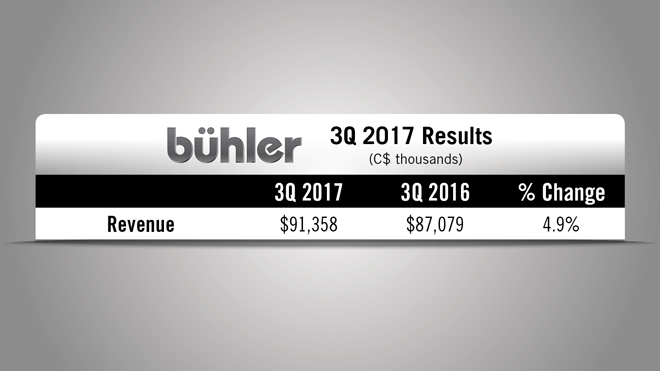 While continued weak commodity prices have hindered sales levels for the company as a whole, order totals in North America have bounced back this year, leading to an increase in U.S. sales. Meanwhile, Eastern European sales remain steady year over year.

Looking ahead to the fourth quarter and year as a whole, Buhler expects sales to increase from the 2016 totals. Confidence stems from an elevated demand for equipment in 2017, despite the difficulties with lower commodity prices.

According to the company, dealer inventory levels for front-wheel assists and four-wheel drive tractors are down from last year in both Canada and the U.S., which will create opportunities when demand for new equipment increases.
And now from the Implement & Tractor Archives… 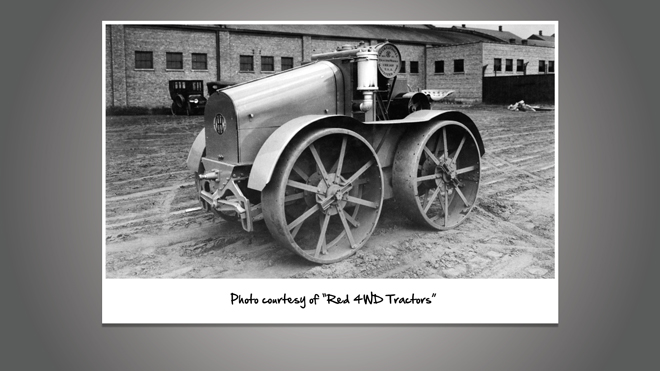 International Harvester identified the need for a 4WD tractor as early as 1910. The characteristics of what was needed for a successful tractor drove a whole generation of IH development. But it would be decades before production of a 4WD would begin. The 4WD 8-16s that IH first experimented with were good tractors, but had short wheelbases. This caused trouble in rough terrain, exactly where 4WDs were needed.

[Podcast] Is This the Bottom of the Trough?

Is 'Digital Agriculture' the Way of the Future?