Dealers on the Move is brought to you by the 2017 AMC Engineering Conference for off-highway equipment engineers, April 25th to the 27th in Waterloo, Iowa. 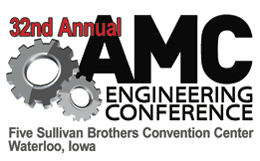 The Country Guide reported in its Jan. 10, 2017 issue that The Jim Pattison Group has consolidated its Prairie farm equipment dealerships in Saskatchewan and Manitoba under one new banner. Pattison on Tuesday announced the merger of its Maple Farm Equipment and JayDee AgTech chains, which deal mainly in John Deere farm equipment. The two chains are to be rebranded as Pattison Agriculture.

Darrin Didychuk, now president of Pattison Agriculture, said Tuesday the merger “creates one of the largest agriculture-focused equipment companies in Canada,” with 17 dealerships and 440 employees serving over 18 million acres of Prairie farm production.

Headquartered at Swift Current, Sask., Pattison Agriculture “will be a financially-secure service provider that will meet the needs of Canadian farmers,” the company said.

The two chains come to the bigger table with complementary catchment areas. Maple Farm Equipment operates mainly in eastern Saskatchewan, with dealerships at Yorkton, Wynyard, Balcarres, Moosomin, Foam Lake and Preeceville, plus a site in western Manitoba at Russell, about 100 km southwest of Yorkton.

JayDee also has dealerships in eastern Saskatchewan, at Humboldt and Kelvington, but runs mainly up the west side of the province, with sites at Swift Current, North Battleford, Kindersley, Maple Creek, Shaunavon, Leader, Kyle and Unity.

Pattison said it will maintain all 17 sites and “will continue to seek opportunities for investment and expansion into business lines that will mutually benefit the company and its core customers.”

On Dec. 22, 2016, Cervus Equipment Corp. announced that sold its 21.449% interest in Maple Farms Partnership to the majority partner for about $9 million. The Company now has 100% ownership interests in 66 dealerships in Canada, New Zealand and Australia. The primary equipment brands represented by Cervus include John Deere agricultural equipment; Bobcat and JCB construction equipment; Clark, Sellick and Doosan material handling equipment; and Peterbilt transportation equipment. The common shares of Cervus are listed on the Toronto Stock Exchange and trade under the symbol "CVL".

Read more about Cervus' sale of its minority interest in Maple Farms here.